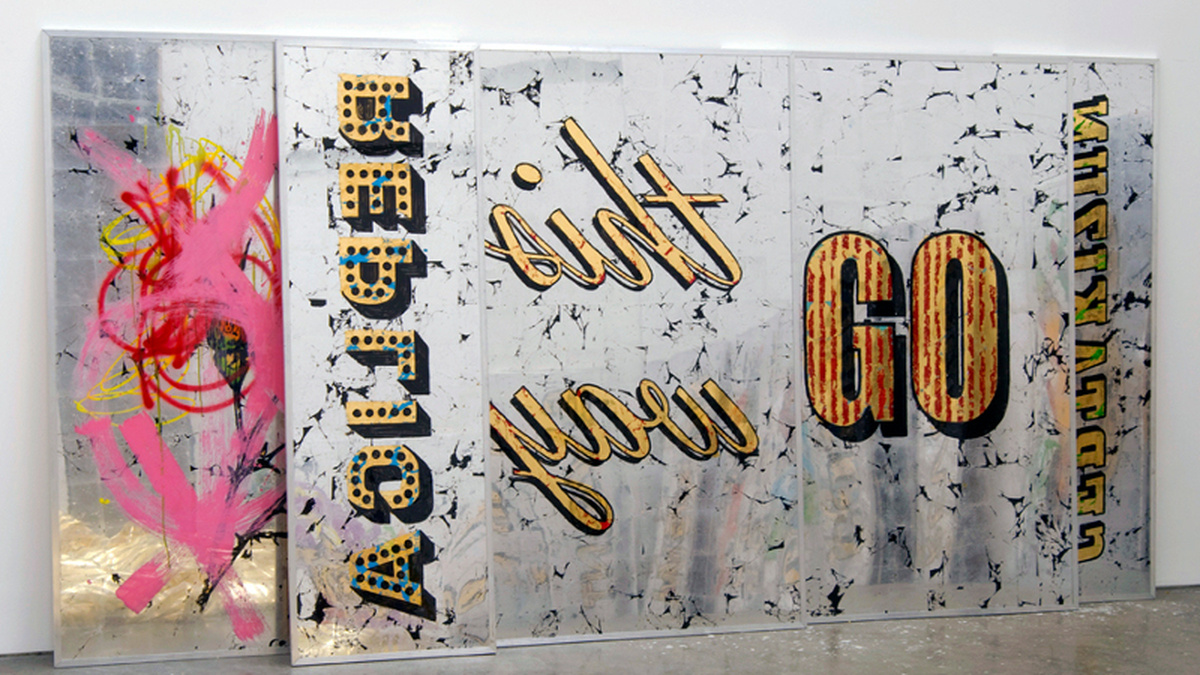 Daniel Baker is an artist, curator, researcher, activist and a Romani Gypsy, born in Kent. His work examines how art objects perform as vehicles of human agency - or how social, artistic and political meanings are conveyed via artifacts. An ongoing examination of Gypsy visual culture is at the heart of his practice. This line of inquiry and its implications for wider society stems from his Romani background and his research into Gypsy aesthetics. By employing elements of the Gypsy visual culture Baker encourages us to look again at objects, narratives and persons that might usually be overlooked in order to find meanings that we might not expect. The eclecticism of his work consciously reflects his upbringing - an approach underpinned by his appreciation of the power of vernacular and domestic art practices.

This exhibition features works that play with the duality of display and concealment often found in Romani visuality and by doing so evokes the disruption that remains central to contemporary Roma experience. This dislocation is experienced in Baker’s painted and gilded mirrors which through their obscured reflection implicate the viewer in their conflicted narrative. Here the complex navigations of visibility are played out to highlight both the emancipatory value and the risky politics of being seen. As well as posing questions about identity and belonging these works set up compelling dialogue between the vernacular and contemporary art practices - between the margins and the mainstream. Through works that regularly offer the user more than one possibility for interaction and outcome - Baker reflects a mechanism of resistance that can be experienced in many objects of Romani origin. In his re-interpretation of Gypsy visual culture Baker draws us to closer insight into contemporary Romani culture.

Daniel Baker will also give an artist’s talk at the CCA Cinema on Saturday 25th March.