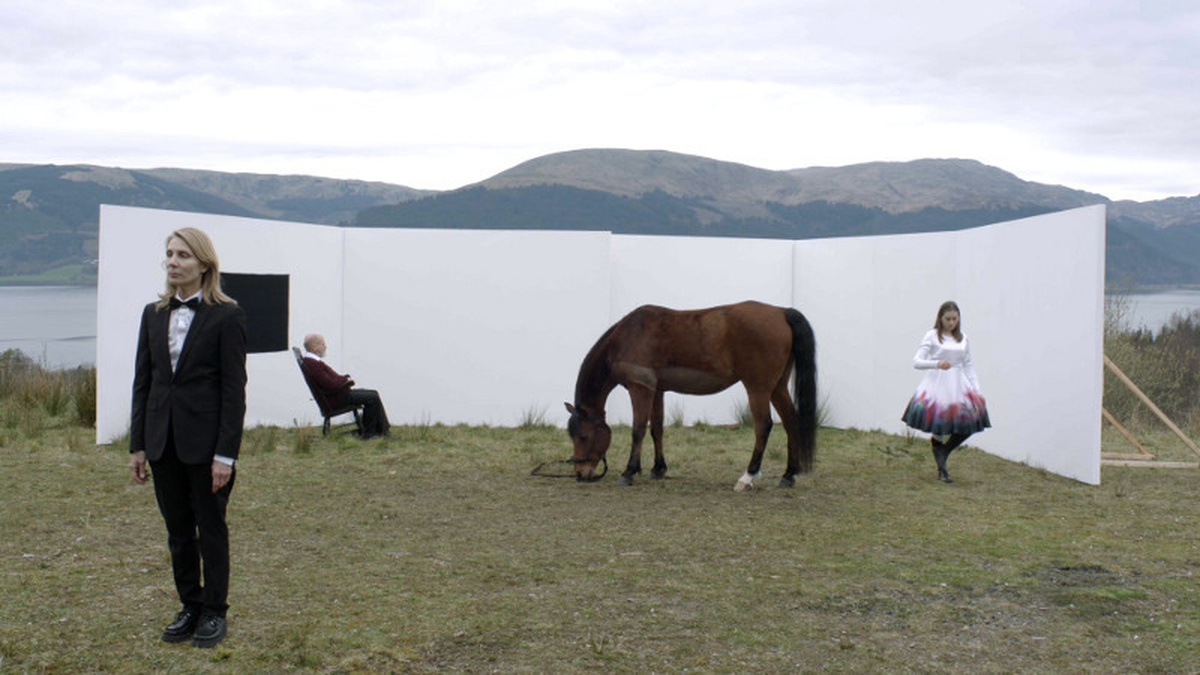 Grace Schwindt’s work examines different societal structures of power such as the family unit, state institutions and different systems of belief. She works across film, performance, drawing and sculpture, creating installations and scripts with a strong investment in effects of capitalist culture upon the body/psyche of the individual. Her work is informed by historical and biographical research – as well as memories and discussions with her own family members – translated into semi-fictional scripts and choreographies.

Five Surfaces All White is a new multi-channel moving image installation, resulting from Grace’s ongoing interest in how public health is perceived and treated, and how mental health is discussed in contemporary society. Previous works of Grace’s have taken as a starting point family stories and contentious political groups such as the Baader-Meinhof Group. Similarly Five Surfaces All White is in part informed by The Socialists Patients Collective (SPK), a radical and occasionally militant 1970s intellectual and political anti-psychiatry collective from Heidelberg, Germany. The SPK were interested in addressing the social causes of illness, and finding communal patient-led treatment techniques and processes that also worked to undo the hold of capitalistic systems on a patient’s life. The script and film title reference conversations with Grace’s grandfather in which he recalls details from his own care home, as well as the study of architectural tropes of health institutions, and interviews with people affected by illness or working within the field of public health.

Five Surfaces All White aims to condemn existing modes of social relations and communications, playing with different ways of listening, speaking and exchanging through hums, gestures and movements, choreographed collectively with the actors. The resulting film is paced slowly and intimately, focusing on three human characters, a horse and a bare set comprised of five white walls framed by a misty landscape. The actors come together slowly to duet and connect in quiet interactions, moving and pacing in fugue-like states. Their communication moves from spoken language and song, to body language, dance and gazes – making continual reference to the five walls, the institution, the window, and what is beyond.