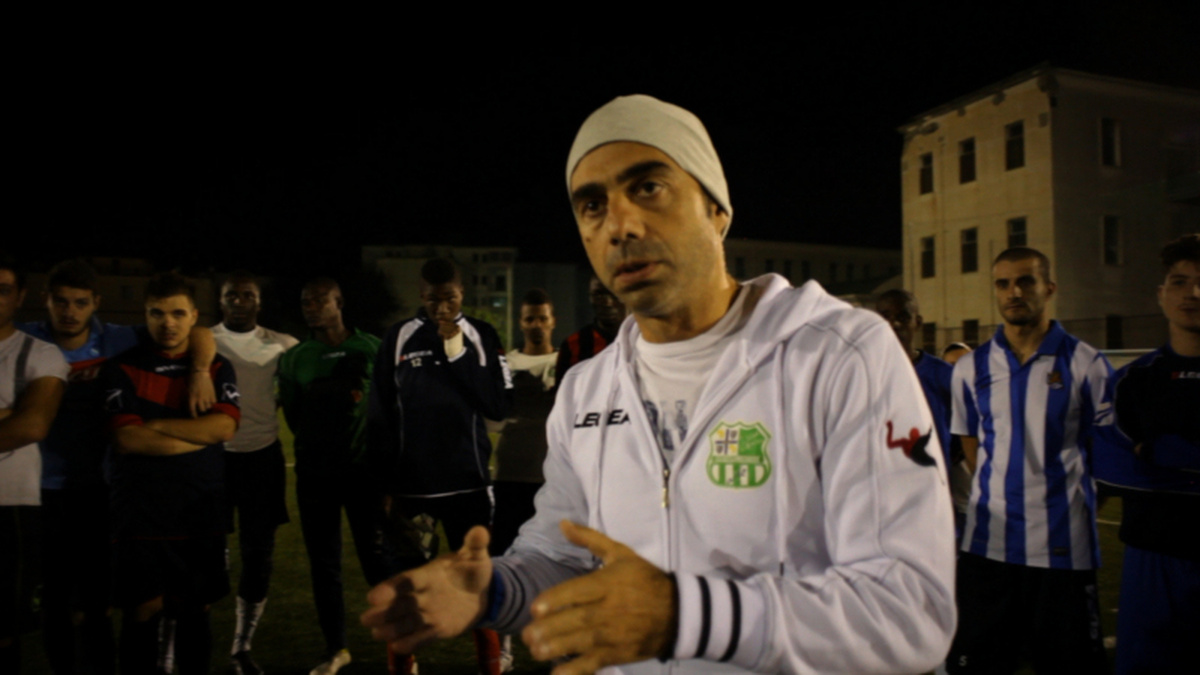 Loro di Napoli follows the difficulties and football matches of the Afro-Naples United. The team, founded in 2009, is formed by Neapolitan migrants from Africa and South America and by second-generation Italians and Neapolitans. They started gradually winning amateur tournaments in the football fields the suburbs of Naples.The protagonists of this story are Adam, Lello and Maxime, all players of the Afro-Napoli United. Adam came from the Ivory Coast but has always felt Neapolitan. He spends his days dreaming for a regular job being forced sometimes to commit petty crime to make some money. In the Afro-Napoli he plays as goalkeeper. Lello was born in Naples, from Neapolitan father and Moroccan mother. His parents never registered him at the registry office, which makes him one of the few stateless people in the country. Maxime, Ivorian, former-under 17 in the national team of his country, lives in a shack on the outskirts of the city and hopes one day to play in the major league. Through the experiences of these characters and the relentless efforts of the club’s president and founder, Loro di Napoli recounts the daily clash between integration and the hostility of Italian law.