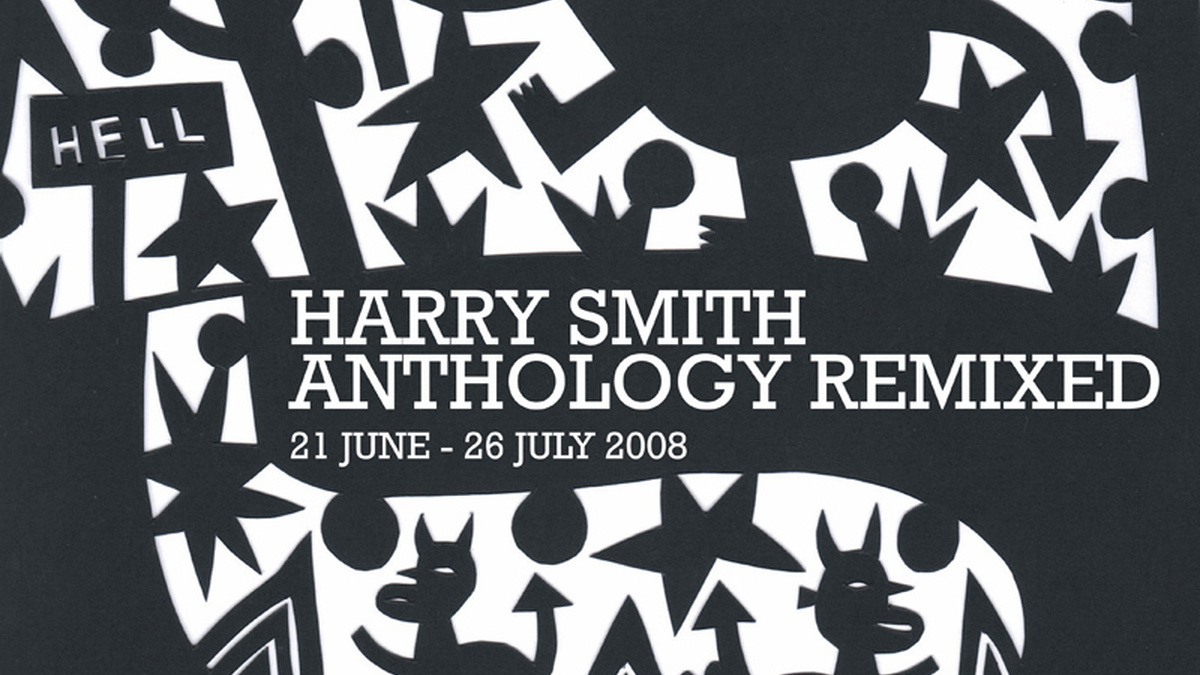 An exhibition of artists working at the intersection of visual art, music, and sound, originally shown at Alt.Gallery, Newcastle upon Tyne in 2007.

"Harry Smith Anthology Remixed is the launch exhibition at alt.gallery, a new space in Newcastle upon Tyne presenting international work by artists working at the intersection of visual art, music and sound. It is the only gallery in the UK with a specific focus on this vibrant area of contemporary culture. The exhibition brings together the work of 84 leading artists and musicians, who have been invited to make a visual artwork in response to 1 track each from the groundbreaking music release The Anthology of American Folk Music. The Anthology was edited by seminal New York artist, musicologist and experimental filmmaker Harry Smith, and first published by Folkways in 1952. The Anthology was comprised entirely of recordings issued between 1927 (the year electronic recording made accurate reproduction possible) and 1932 when the Depression stifled folk music sales. The Anthology is considered to be one of the most important collections of information in modern society, creating a folk canon and contributing to numerous folk revival movements. This exhibition aims to create a new visual collection of the Anthology, to continue the collective history and revival of the work, as seen through the eyes of contemporary visual artists and musicians. The exhibition includes artists from the Europe, Japan and the US, reflecting a diverse and exciting range of practice including: visual art, outsider art, comic book, design, craft and illustration.
Anthology of American Folk Music was edited by Harry Smith, it was first released by Folkways in 1952 and re-issued in 1997. Harry Smith used the new LP technology to create an unbroken sequence of songs, divided into three colour- coded sets, which represented three elements: air, fire and water. Each of the 1952 sets incorporated an antique engraving of a single stringed instrument being tuned by a hand reaching down from the heavens. The Anthology reflects Harry Smith’s interest in mysticism, patterning and alchemy. The 84 tracks compiled are recognised as the cornerstone of the American folk revival of the 1950s and 1960s. In 1991 this achievement was acknowledged when he received a Grammy Award, at which he proclaimed ‘I’m glad to say my dreams came true. I saw America changed by music’. For more information about the Anthology see: http://www.folkways.si.edu/learn_discover/anthology/anthology.html The exhibition has been organised in consultation with the Harry Smith Archives, for more information see www.harrysmitharchives.com

- Extract from the alt.gallery press release, 2007