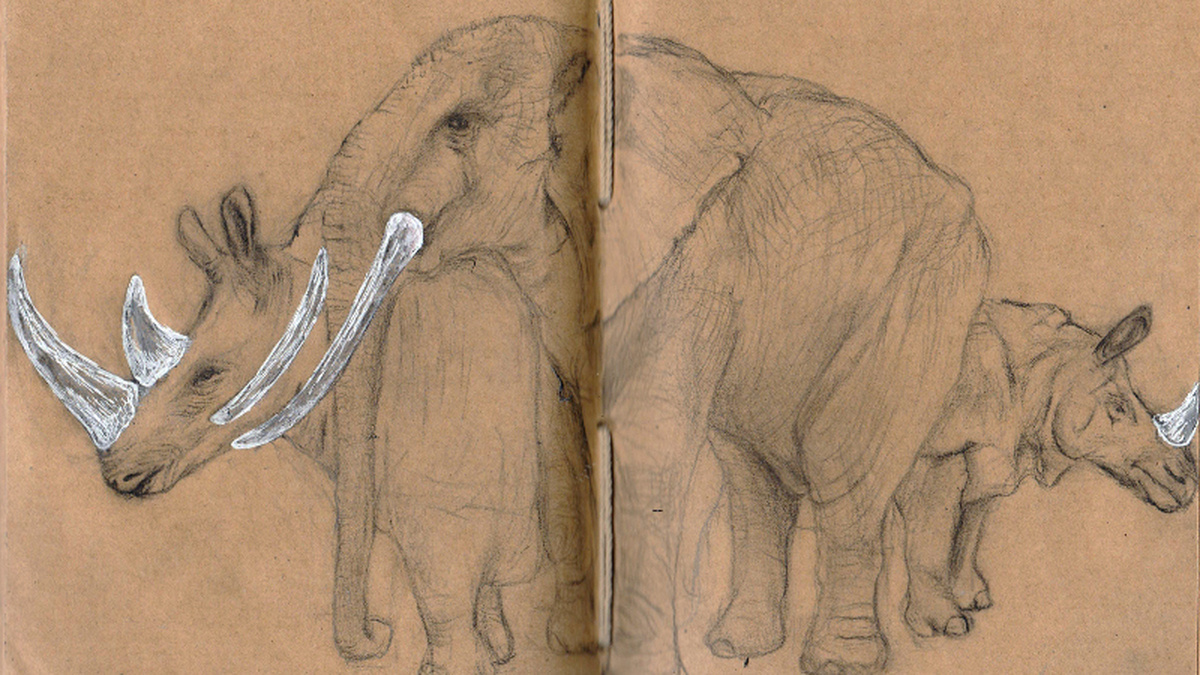 Join the launch of Harvest, a publication compiled by curator Natalie Nicolaides that responds to the practice of London-based artist Tina Gorjanc, as she develops a new bioengineering project that will see her harvesting animal cells to grow rhino horns and elephant tusks for the black market.

The publication depicts the unfolding relationship between the artist and the curator. This relationship is presented as a chronological time lapse of how ethical pillars are negotiated by both, in response to the many ethical issues raised by the project.

Gorjanc’s work will be informed by conversations conducted by Nicolaides with collectors, curators and bioengineers as they try to gauge both its feasibility and ethical positioning as well as map out a blueprint for the project. Together artist and curator move towards trying to conceive a new future free from illegal animal poaching.