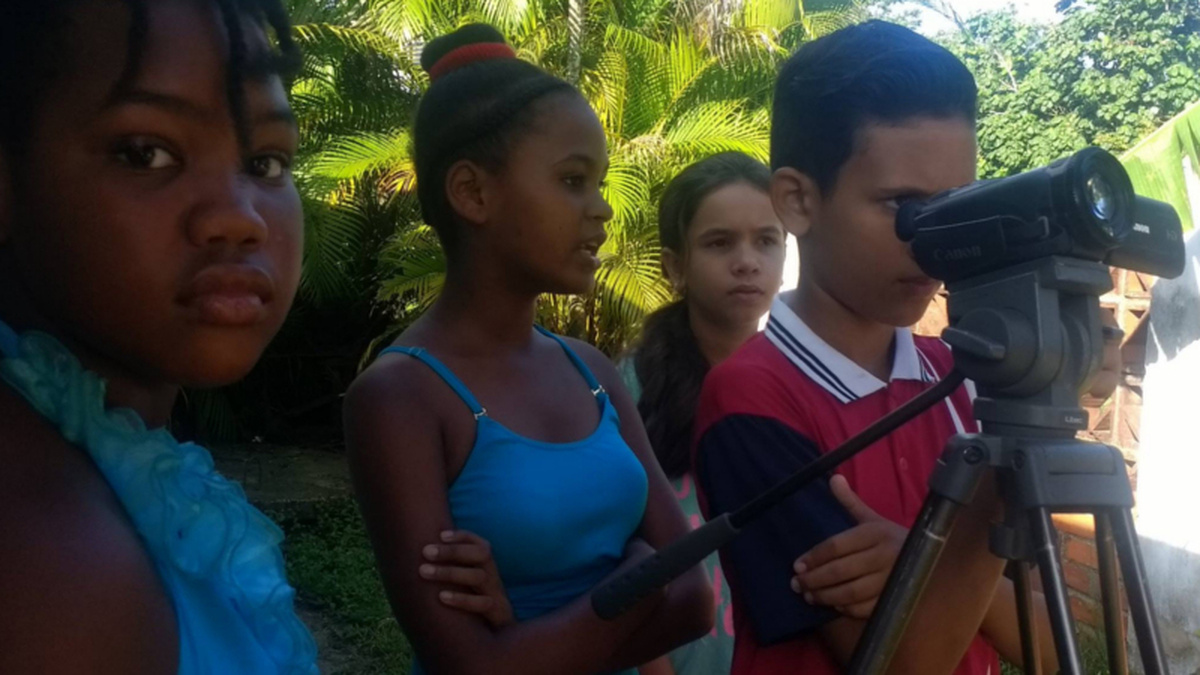 El Monte (The Woodland) Claudia Claremi; Cuba; 2017
In Sierra Maestra, Cuba, José Manuel explains to his granddaughter Malena his world view through deep knowledge of natures' mysteries.
Plants and people have great resemblances and must respect each other. José Manuel hopes that Malena inherits the knowledge that he obtained from his father and turns into a tree of the forest.

'Great Muy Bien’ Sheyla Pool Pástor; Cuba; 2016
The middle-aged students of a private English school in Havana have very diverse aspirations, but all want to learn English in order to be
prepared for a future of normalized relations between Cuba and The United States. During their English classes we hear about their dreams
within the new Cuba that is starting to appear on the uncertain horizon.