If a Leaf Falls Press: micropublishing and appropriation in the poetry sector 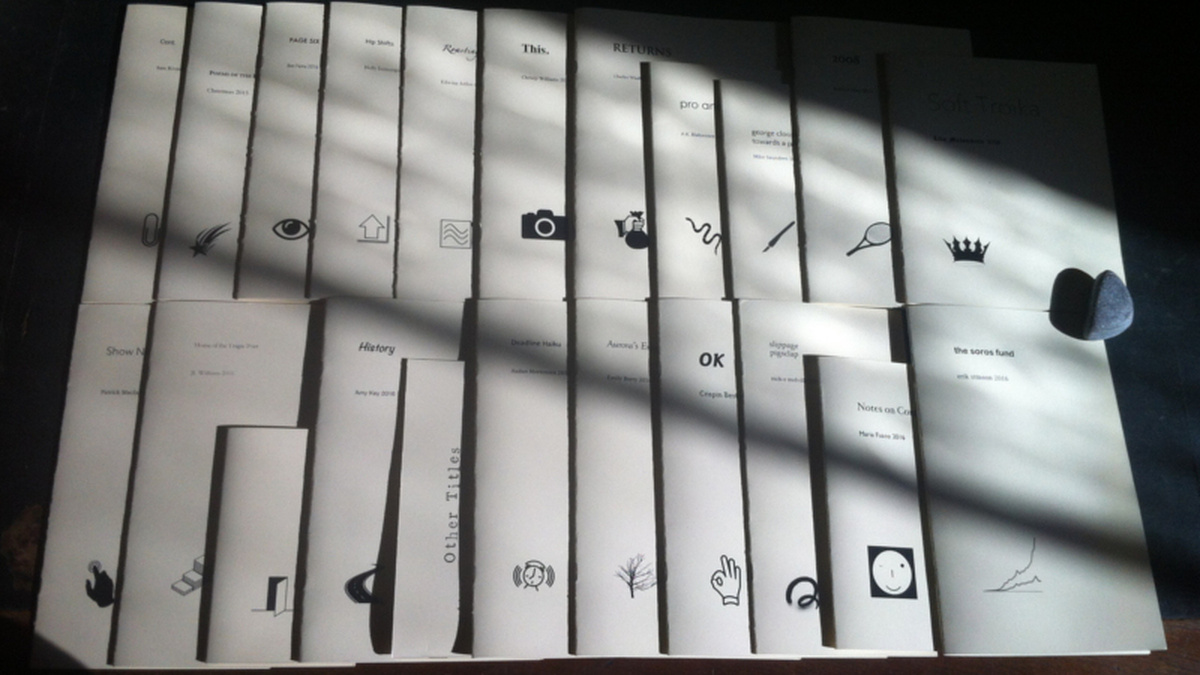 If a Leaf Falls Press

A talk on the role of micropublishing and appropriation in the poetry sector.

Even in the 21st Century, the mainstream of UK poetry maintains a kind of fetishistic investment in a stable lyric I. In this context, found text and conceptual writing tactics have the ability to destabilise notions of authenticity and originality, as well as widely-held but unresponsive conceptions of quality, consistency and seriousness. The decision to produce limited-edition pamphlets in a situation where writing is increasingly superabundant and dematerialised online is reflected upon, with special attention paid to the limited-run pamphlet as a formal device.