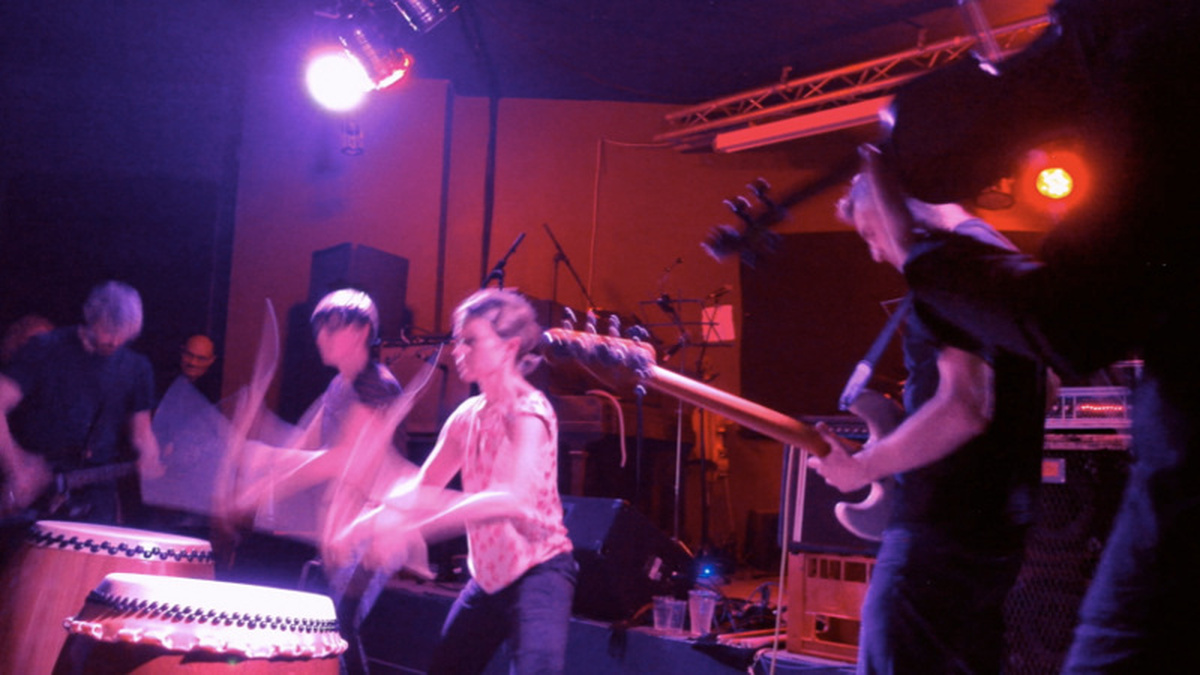 Following the fire on Friday night, CCA will be closed until at least Monday 25 June. Refunds will be available from our box office once the building re-opens. Our thoughts are with our friends and neighbours at Glasgow School of Art and O2 ABC, and the incredible fire service.

ILK combine the power of Japanese Taiko drums with guitars, violin and vocals. Although ILK is a relatively new band the members of ILK play (or have played) with many bands and groups including Sound of Yell, Sumshapes, Alasdair Roberts, Glasgow Improvisers Orchestra, Tattie Toes and music/dance group Collective Endeavours. The drummers - Georgie and Alison - have over fifteen years of experience of touring and studying Taiko with Mugenkyo and Issho Taiko Drummers, and Alison with various groups in Canada, as well as studying with Kurumaya-sensei in Japan.

Dominic Waxing Lyrical is Edinburgh-based poet and musician Dominic Harris and an ever changing line up of musical collaborators. One of the most unsung lyrical talents of the past twenty years, Dominic first started performing in the 90s, becoming a celebrated artist in both the squat/punk and low-fi folk scenes. From Berlin to Amsterdam and then Edinburgh, Dominic has betrayed the sickly-sweet world of alibi lyrics with declamatory zeal. This is a rare chance to catch Dominic with full band at the CCA.