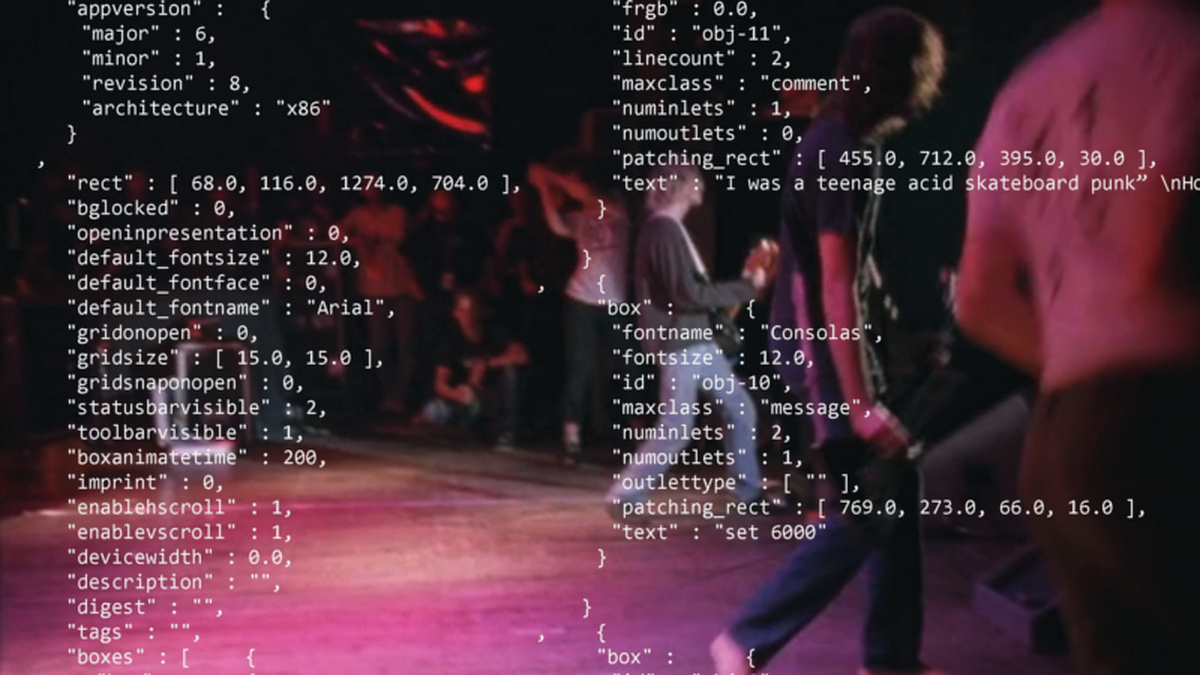 Channelling the raw and visceral power of a live punk music performance within a rigorous minimal and formal framework, Intervals is an expanded playback of a Nirvana concert performed in 1991 at the Paramount Theatre, Seattle.

Employing a concert scale 5:1 surround sound PA and lighting rig, Intervals is composed of 1 second fragments of sound and light, programmed to playback every minute continuously 24hrs a day for 71 hours and 11minutes. Within the darkened space, illuminated briefly, the audience’s perception of time is potentially altered with each moment of synchronised sound and light, creating a new, fresh and startling awakening of the senses.

At its core Intervals is a philosophical enquiry into the nature of being with long durations of silence inviting a contemplation on the interplay of solidity and void / darkness and light, whilst simultaneously being an exploration of extreme volume, sensory overload and a celebration of the experiential.

The success and ultimate demise of Nirvana with Kurt Cobain’s suicide is contemporaneous to Dower’s formative adolescent years and epitomises the poetic and tragic artist trajectory often mythologised in popular culture. Dower’s evocative but sincere reflection on this romanticised notion presents a meditation on mortality and explores the clash of counter culture, mainstream capitalism and spectacle.