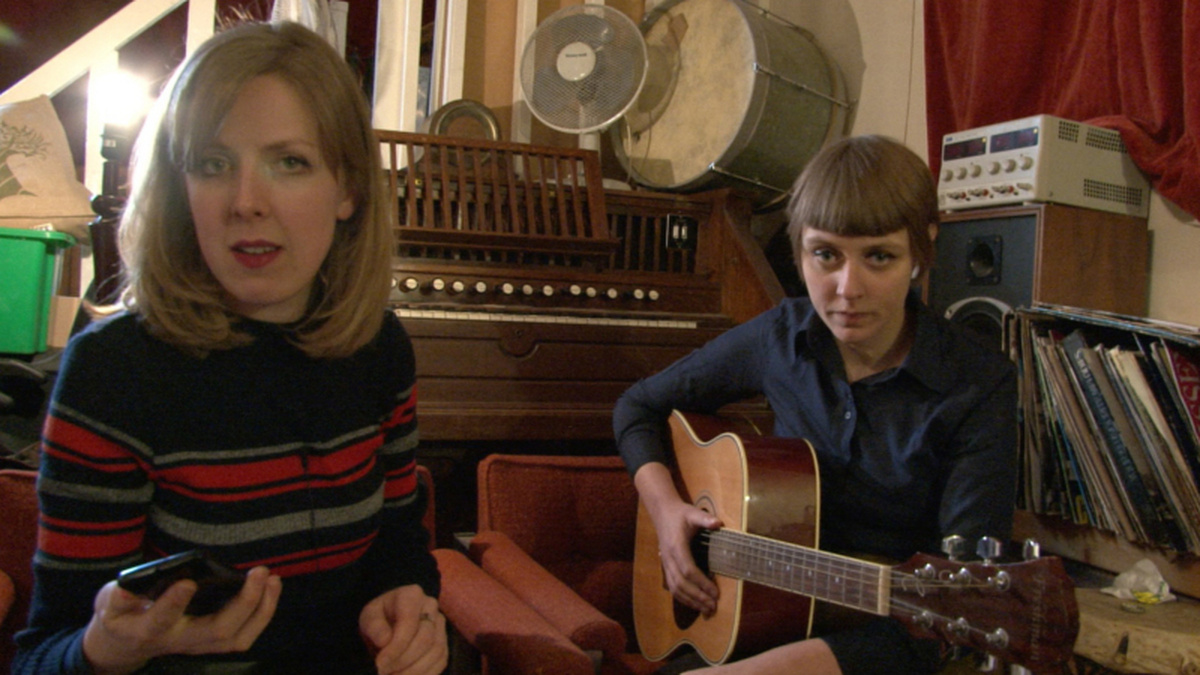 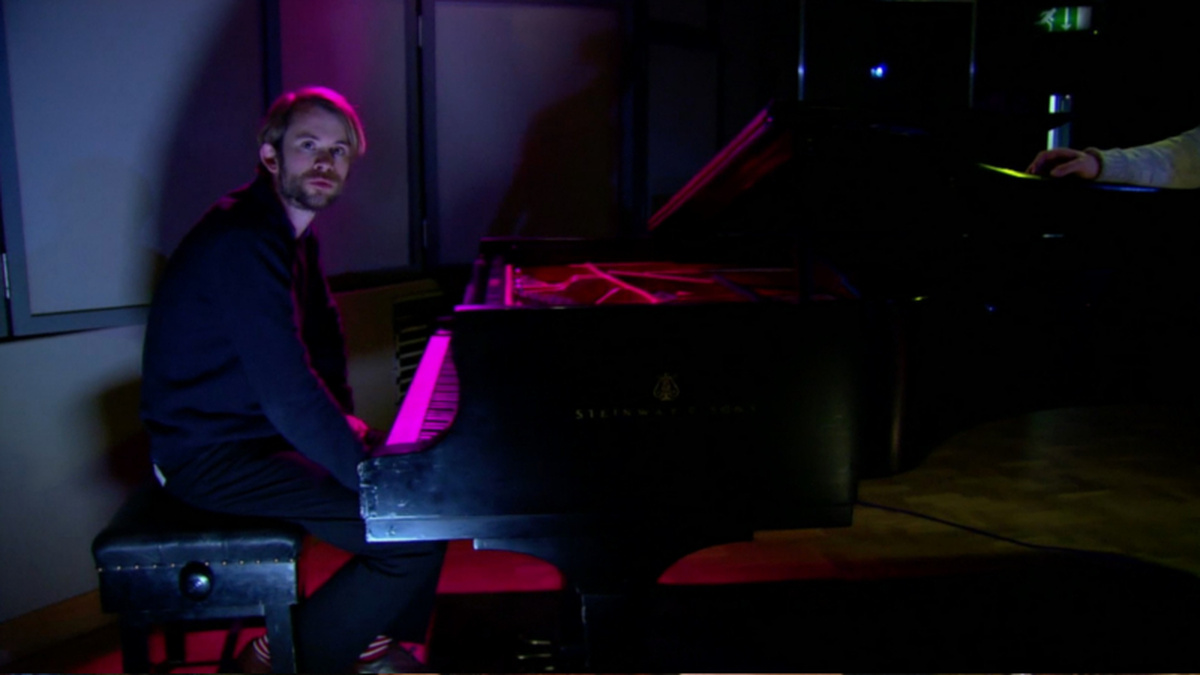 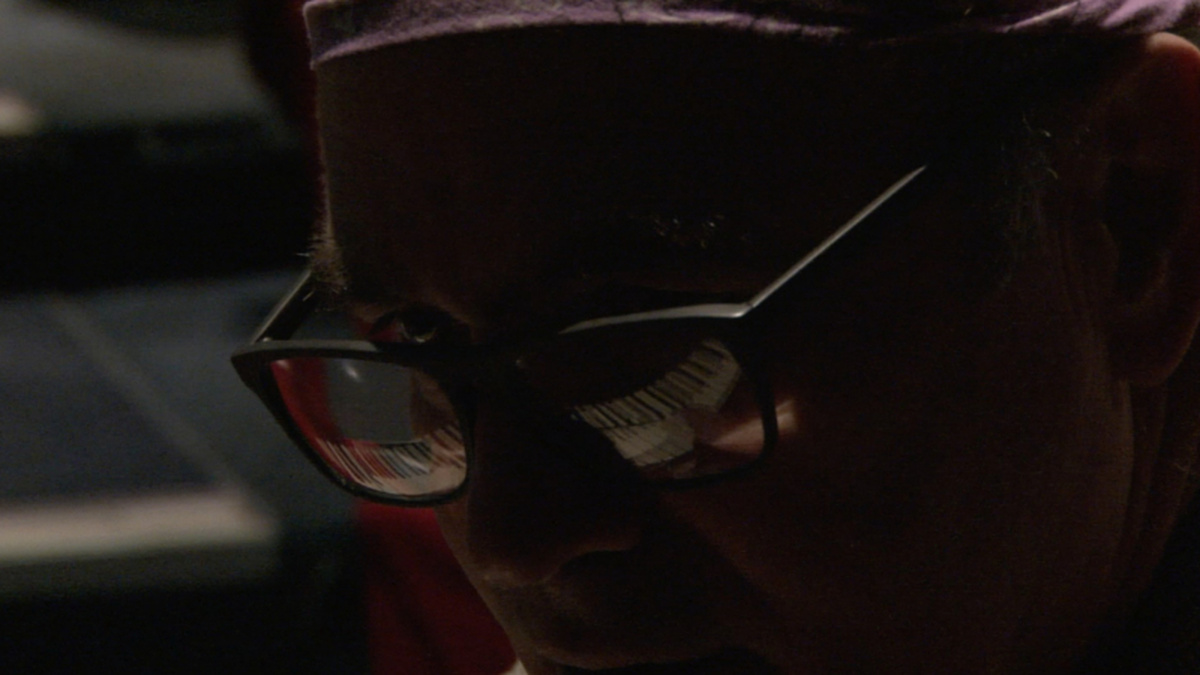 As part of her solo show, Kathryn Elkin presents three new works alongside a small overview of some of her recent films. Documentary interviews, proto pop videos and talk shows are reworked into new and less stable forms to find out what constitutes the ‘televisual’.

‘I probably told you I don’t know how to play, right?’ is a quote from the new video entitled ‘Film, 2016’ on Edinburgh piano tuner Ben Treuhaft. As a witness, Elkin talks with Treuhaft about his youth and his dreams for the future. Stepping away from transcription and re-embodied performances as method, the role Elkin prescribes for Ben is that of his profession.

In ‘Why La Bamba’, an existing work, the musician John McKeown is fed lines by Elkin on-set from a Dustin Hoffman interview from 1975. In ‘Dame, 2’ an interview with Helen Mirren from the same year is performed as a song by Elkin, backed by a choir of associates and friends she corrals into chanting in loose harmony.

In many of Elkin’s works she channels encounters with charismatic subjects, negotiated live to camera. The subject at hand is asked to embody another subject with particular cultural status, through re-performing speech. Behaviours ‘on set’ are mobilised to interrogate cultural gender norms. Theme tunes and soundtracks are weaved through but also headline many of the works, describing and embellishing the subjects in new ways. Elkin’s enquiry does not simply look backwards or forwards, but rather beyond and through in an age where television, as a form of ‘looking’ as well as a medium, might have a ghostly quality.