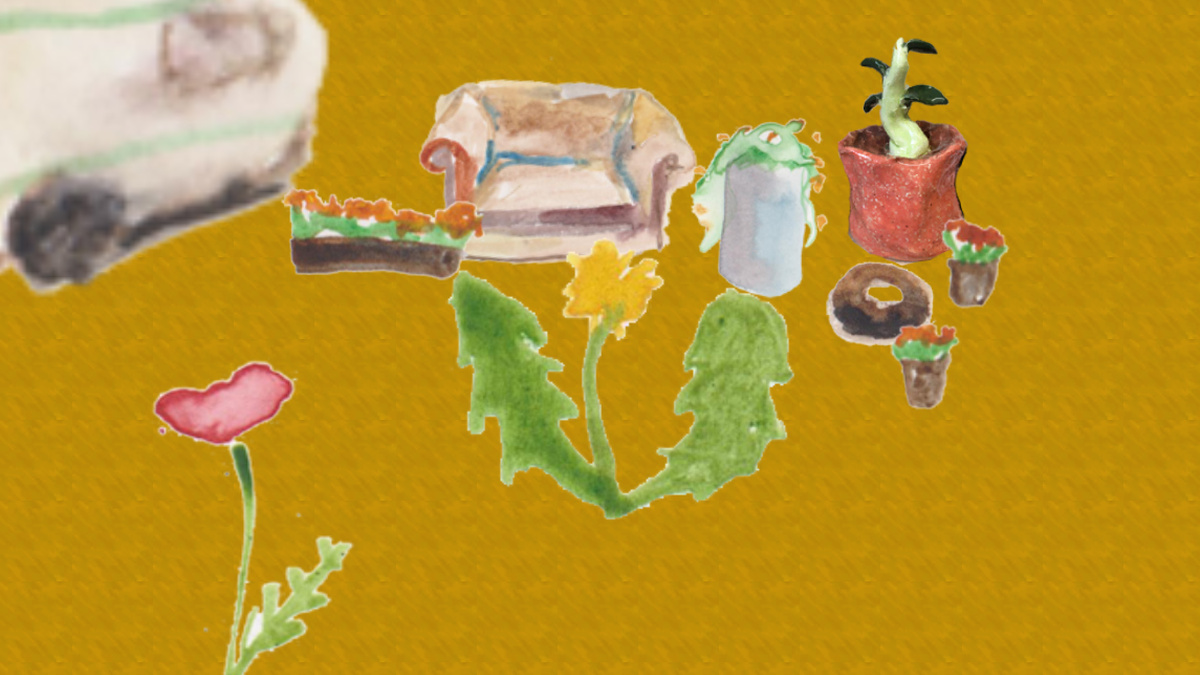 Weaving together speculative narratives and historical accounts, this project takes as its starting point the scientific research facility Biosphere 2: the largest closed ecological system ever created. Completed in the early 1990s and located in the Arizona desert, eight “Biospherians” were sealed inside the three-acre glass enclosure to measure survivability. This controversial experiment met with obstacles such as interpersonal conflict and technological difficulties.

Holly’s late grandfather Bill Chaloner - a paleo-botanist - was involved with developing the facility in its early stages. Drawing on their conversations and books from her grandfather’s library, Holly reimagines Biosphere 2 in a post-apocalyptic future seen through the eyes of a resident, Danny, who has grown up in a community squatting the abandoned site.

Holly has created this new 2D computer role playing game (rpg) with a mixture of digital, photographs and hand painted material. This is soundtracked with a specially commissioned album of the same name by Personnel, written in tandem with the game’s development.

Accompanying the game is a publication edited with Naomi Pearce and designed by Saffa Khan, featuring a commissioned essay by Beth Bramich and series of artwork interventions by Uma Breakdown, Mariam Chaudhry, Jaakko Pallasvuo, Hardeep Pandhal, Linda Stupart and Julia Tcharfas. This publication also includes Quest to the South Lung and The Forest of Paper; two pen and paper role play games created during the developmental phases of the project in collaboration with Rumpus Room; an art and social action project working in collaboration with young people, children and families living in Govanhill.

Printed by Tender Hands Press, the publication will launch with an online conversation between Beth Bramich, Rowan Lear and Holly White hosted by CCA and Glasgow Seed Library on Oct 12.

This project has been made with funding from Creative Scotland.