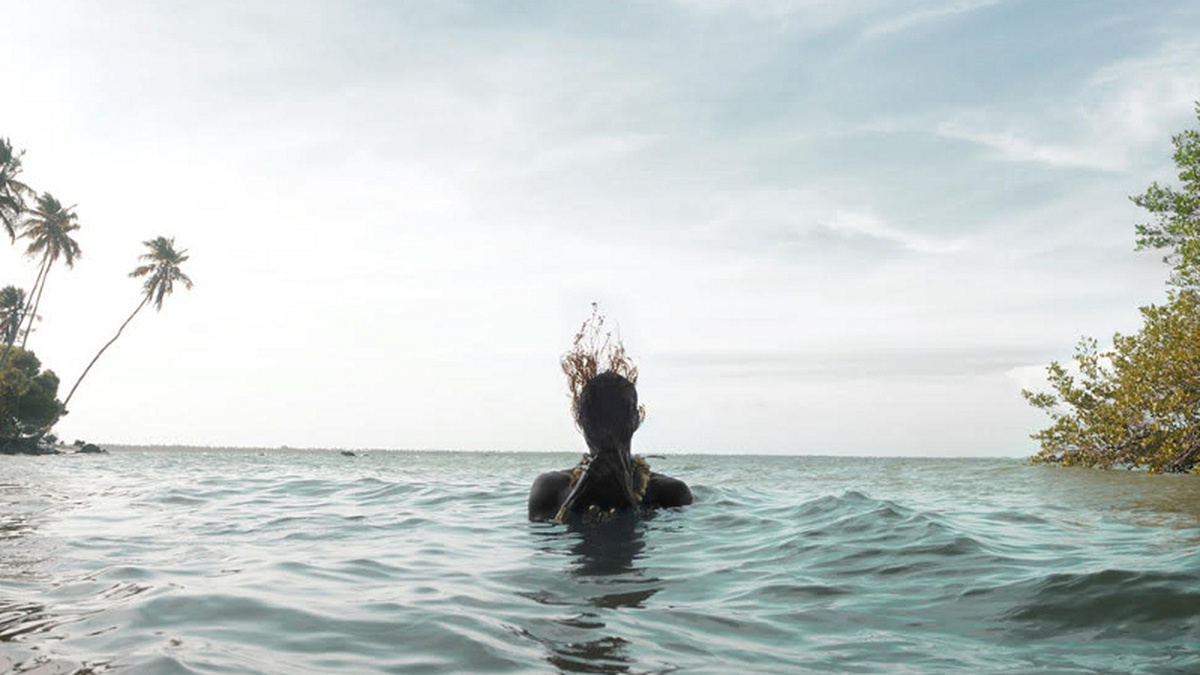 “Who am I? Where do I come from? Where does my story begin? I find myself marooned on an island in a state of amnesia. Here, the only thing I can remember is that I am Black.”

Tilting Axis 2019/20 fellowship recipient Lisandro Suriel welcomes you to Ghost Island, an artist talk and ongoing project exploring the relationship between imagination and decolonization. Ghost Island is what came to be when the Ethiopian sea changed its name to the Atlantic Ocean and displaced a plethora of memories.

Lisandro Suriel is a photographer, born and raised in Saint Martin, an island in the Dutch Caribbean, whose work responds to magic surrealism, fiction and dreamscapes. Initially studying at the Academy of Art in The Hague, he received his Masters in Artistic Research and Art Studies from the University of Amsterdam, with his graduate thesis analysing early 20th-century illustrations of Caribbean mythology in relation to cultural aphasia.

Deconstructing the Black imagination and offering a much-needed subaltern perspective on postcoloniality, Suriel challenges orthodox institutions of knowing that perpetuate a hegemonic paradigm. What does it mean to decolonize? And where do we begin?

The Tilting Axis Fellowship is a direct outcome of the Tilting Axis meetings in 2015 at Fresh Milk in Barbados, in 2016 at the Pérez Art Museum Miami and in 2017 at The National Gallery of the Cayman Islands, and follows on from the inaugural fellowship in 2017 awarded to Jamaican curator Nicole Smythe-Johnson. For its 2019 iteration, Scotland based cultural partners including the Glasgow School of Art, The School of Art History at the University of St Andrews, CCA Glasgow, LUX Scotland, Hospitalfield, the British Council, and curatorial duo Mother Tongue came together to offer a research fellowship in Scotland for an emerging contemporary art practitioner living and working in the Caribbean to share knowledge around current approaches towards commissioning and collecting in the arts. This Fellowship focuses on the development of pragmatic and critical curatorial and artistic practice hailing from the Caribbean region and is research and practice-led, and mentor-based. Selected recipient Lisandro Suriel will spend the month of October between Glasgow, Dundee, St. Andrews and Edinburgh.

Race, Rights and Sovereignty, was established as a partnership between The Art School, GSA's Students' Association (GSASA) and The GSA Public Lecture Series, seeks to celebrate, challenge, inform and inspire the next generation of artists, designers and architects about race and empower them to have a creative voice.