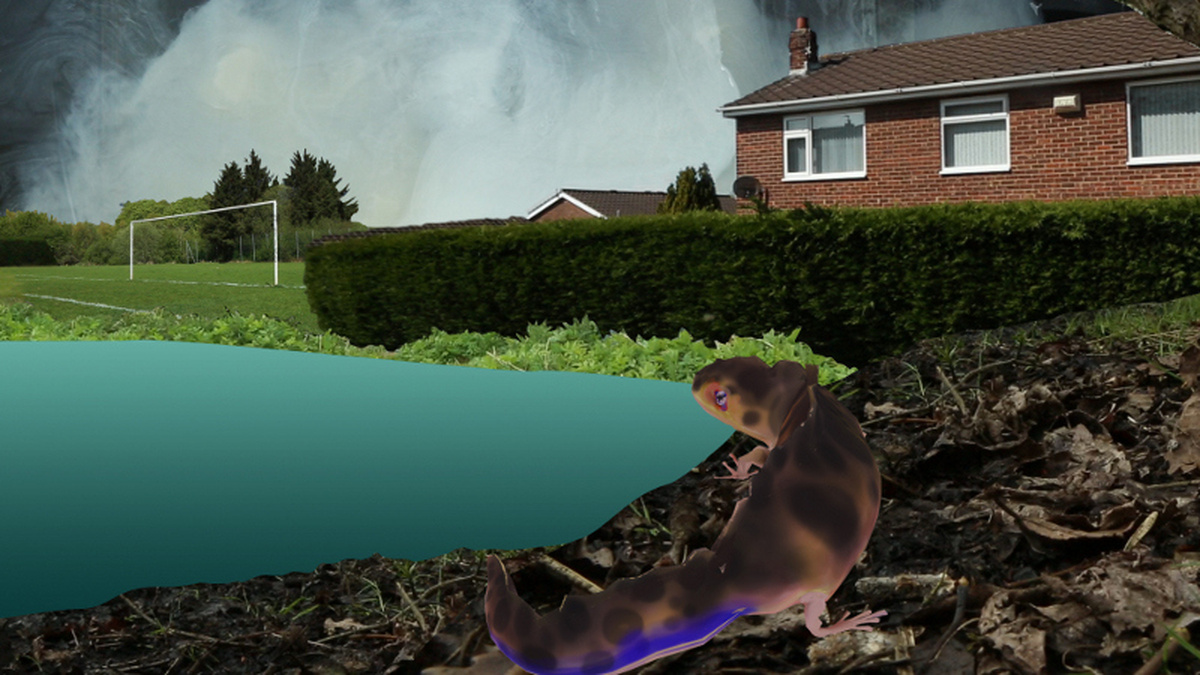 Better Rainfall is a multi-channel video installation centred around the multi-species residents of a fictional British suburb. As a passing storm moves over an unnamed town, everyday cycles open up to strangeness, and seemingly isolated bodies are brought into the temporary communion of a surreal choreography.

Through their characters, Lizzie Watts and Yvonne Zhang want to explore a sense of loneliness that can often accompany inhabiting a place defined by its marginal status. They are interested in recentering the suburbs as potential sites of transgression and connection, and present these sites as intersections where the mundane blurs with the strange, surreal, and wild.

Better Rainfall has been born out of a series of collaborations between Watts and Zhang, who share an interest in the creation of modern myths through a kind of 'techno-magical realism'. By combining live action, animated elements, and lo-fi compositing, Watts and Zhang aim to carve mythical moments into the modern landscape through playful digital renderings.