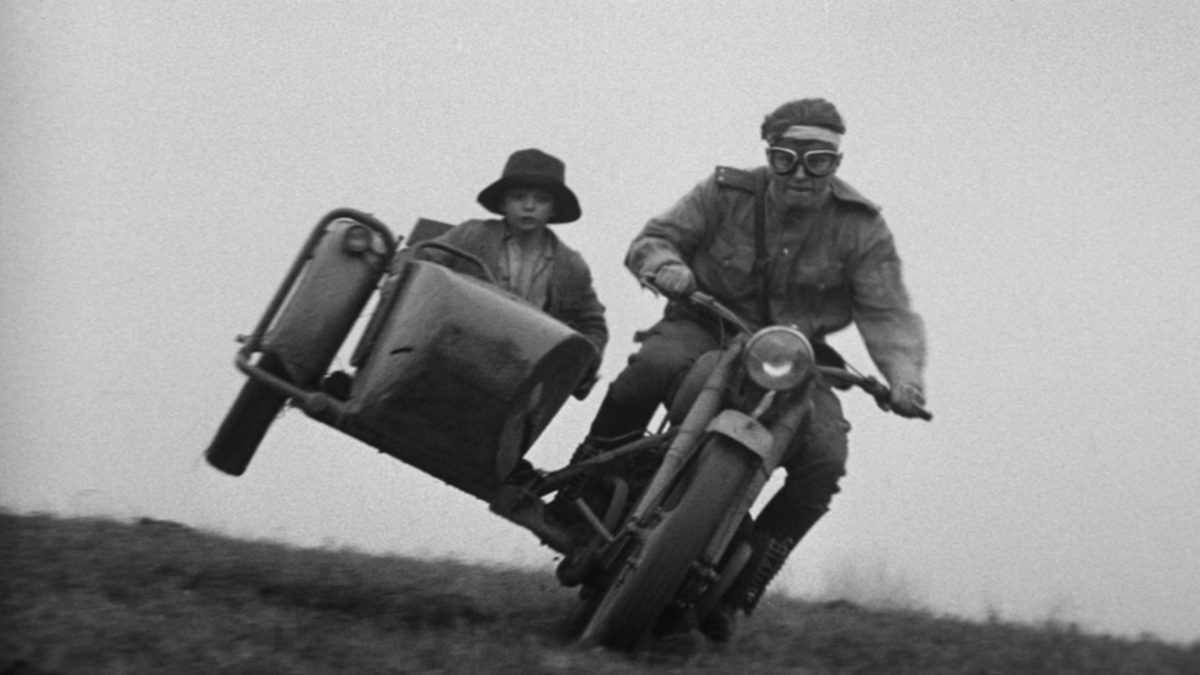 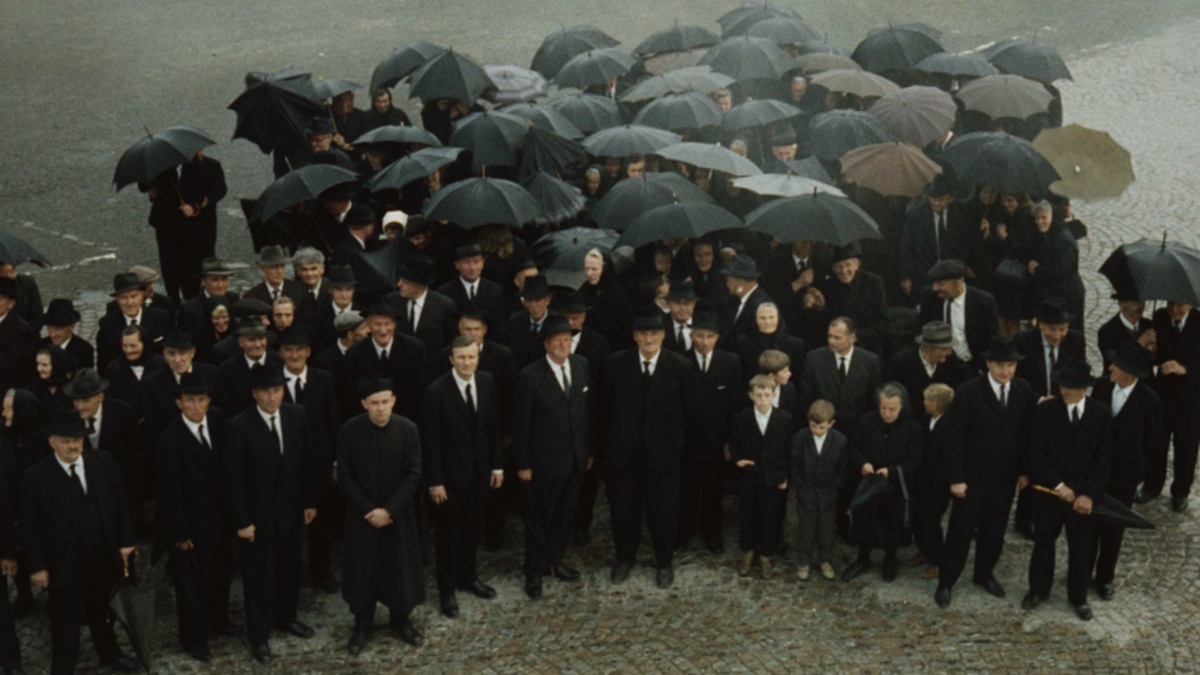 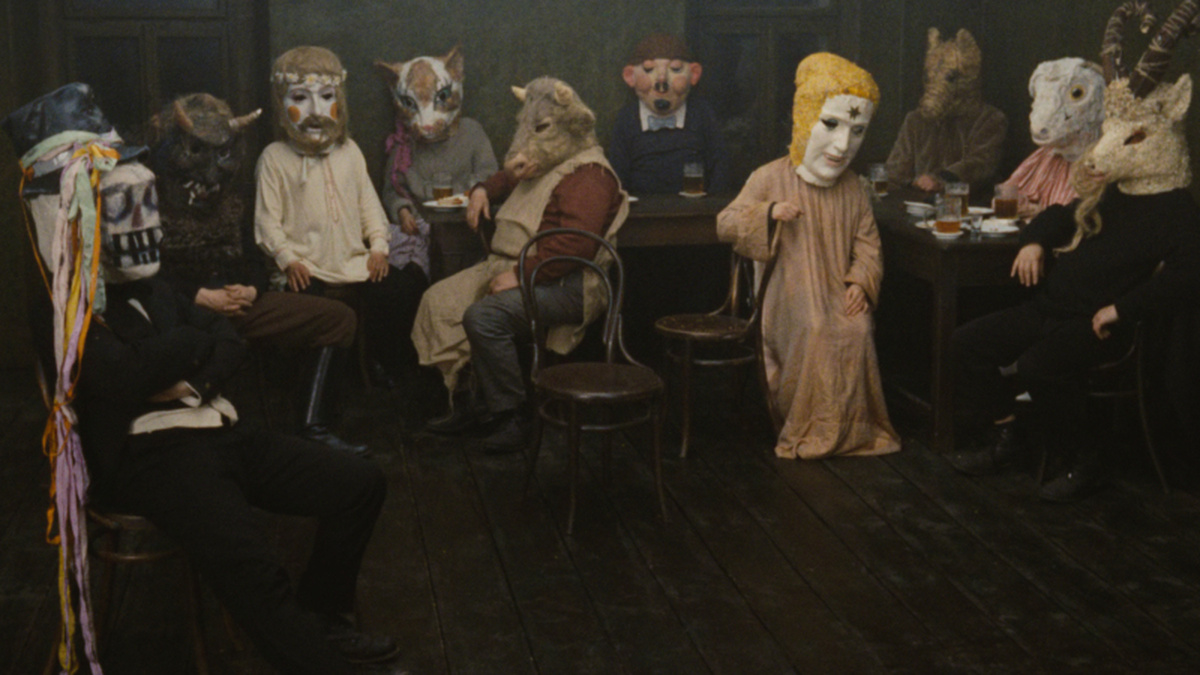 All My Good Countrymen i4nw

Thanks to filmmakers of the New Wave in Czechoslovak cinema the previously entrenched, ideologically hijacked view of World War II underwent a re-evaluation during the 1960s. One of the earliest films of this type is a drama made in 1965 and released under the rather ironic title of Ať žije republika (Long Live the Republic!). A breakthrough film, it was the result of a very rewarding cooperation between director Karel Kachyňa and screenwriter Jan Procházka. Back then, at the dawn of the 1960s, the more tendentious war drama Práče (The Slinger, 1960) had been added by the director, then aged 41, to his filmography. This earlier story of a young participant in the bitter battle for the Dukla Pass contrasts sharply with the tale of 12-year-old Olin, through whose eyes we witness the final days of the war. The Moravian village of Nesovice becomes the stage for accelerating events as both the frontline and the war’s end approach. The young protagonist lives in fear of his strict father, while simultaneously observing the adults’ behaviour with increasing bewilderment. He watches, for instance, as they show little hesitation before looting a vacant German farm or killing an alleged collaborator. Both the retreating German soldiers and the Soviet liberators are a source of apprehension for the boy in relation to the family assets – a mare and a cart – which he has hidden in the woods at his father’s command. Disenchantment with the world order is of course nothing new for Olin. He has already learned about greed and cruelty from his peers, by whom he is relentlessly tormented. With this film, Kachyňa established his reputation as a lyrical director, combining poetic and dreamlike images with the grim reality of the war’s final days. The impressive visual scope of the motion picture was in no small part thanks to camera operator Jaromír Šofr for whom it was a feature-film debut. Non-professional actor Zdeněk Lstibůrek excelled in the role of Olin, offering further proof of Kachyňa’s legendary ability to direct child protagonists. The film was also screened under the title Já a Julina a konec veliké války (Me and Julina and the End of the Great War).

It is the spring 1945 and the frontline is getting closer to the small Moravian village of Nesovice. Twelve-year old Oldřich Vařeka, nicknamed Shorty [Pinďa] for his tiny stature, observes the events around him, recalls his memories and also finds comfort in his fantasy. Although he is an only son, his father treats him harshly and brutally punishes his every trifle. Maybe he wreaks his vengeance on him for his own unsuccessful effort to compete with the richest farmers in the village. The boys from the wealthy farms poke fun at Shorty and he takes his revenge on them in petty malice. From a hide-out, the boy then watches the fleeing German soldiers. The Soviet troops are getting closer and the farmers including Vařeka send their sons with the cattle and horses into the forests, fearful of requisitions. They themselves, nevertheless, make no scruples to break into an abandoned German farm and steal everything. In the forest, Shorty has the family's only horse, and the wagon with it, stolen by three German fugitives. The boy fears his father's punishment and tries to steal one of the horses from a camp of Soviet soldiers, but is almost caught. In the morning, he meets a friendly Soviet officer and shows him a motorcycle left by Germans which he had found. They together enjoy a wild ride on the motorcycle, but the officer is killed by a German bullet. In astonishment, Oldřich watches the hypocritical behaviour of the villagers who force their fellow-citizen Cyril Vitlich to commit suicide on the basis of purported collaboration with the Germans.

Všichni dobří rodáci (All My Good Countrymen) is considered to be one of the greatest of all Czechoslovak films. However, soon after its July 1969 premiere, the film, from writer-director Vojtěch Jasný, found itself on the list of banned works. In 1970, Jasný emigrated and continued his filmmaking career in Germany. But Vojtěch Jasný ultimately returned to Czech film via Návrat ztraceného ráje (Which Side Eden, 1999), which serves as a loose sequel to Všichni dobří rodáci. These two movies are viewed as the highpoints of Jasný’s directorial career. Jasný’s 1968 effort won him a Best Director award at that year’s Cannes Film Festival. Všichni dobří rodáci was also awarded the Technical Grand Prize – Special Mention at this same festival in recognition of the excellent colour cinematography of Jaroslav Kučera. Indeed, the camera essentially serves as an additional character in this film, which tells the story of several neighbours in a small Moravian village, whose sense of joyful solidarity is strongly disrupted by the advance of 1950s collectivisation policies. This poetic chronicle in which director Jasný drew inspiration from his native town of Kelč, also boasts tremendous costume design from Ester Krumbachová. Innovative experimentation with colours, contrasts and natural light infuses Všichni dobří rodáci with an unforgettable atmosphere: it is an archetypically “pleasant” film, whose visual beauty contrasts strongly with (and perhaps even masks) the painful events depicted in the story. Jasný’s film is filled with a poetic spirit, occasionally elevated to truly surrealistic moments, which are in perfect harmony with the film’s themes of love and death – and which touch most of the main characters of the film. While love pangs draw local postman and an attractive widow into an outwardly carefree existence, the efforts of the kleptomaniac neighbour Pyřk (Vladimír Menšík) to outsmart fate lead to his tragic death. And the free-living peasant Zášinek (Waldemar Matuška) is impaled by a bull after being riddled with guilt for causing the death of his Jewish wife during World War II. Farmer František (Radoslav Brzobohatý) draws attention to himself; tight-lipped, honest and stubborn, he represents an almost self-destructive love for his native soil. And it he is who becomes the embodiment of a moral imperative – which inevitably leads to his falling victim to the new communist regime, violently forcing these villagers to become dislocated from their land. Jasný’s evocation of a natural harmony between the land and those who till it ends up serving as a kind of alternative patriotic mythology with true pathos.

A mosaic of the fates of the inhabitants of one of South Moravian villages following the end of the Second World War. May 1945. The atmosphere bursts with enthusiasm and hopes for future. Organ-player Očenáš rehearses a choir song celebrating Soviet soldiers. Incorrigible thief Jořka Pyřk steals a car left by the Germans, and industrious farmer František zestfully ploughs on his field. Early spring 1948. The Communists have seized power and people begin to divide themselves in opposing camps. Some farmers - usually those lazy and less capable - went in for politics and established an action committee, chasing the biggest farmer, Kurfiřt, out of the village and confiscating his vast farmstead. June 1949. People live in uncertainty and worry over the new conditions. Postman Bertin is shot by unfortunate accident. The communist injustice affects the village parish priest, who is arrested. Očenáš, mistakenly considered the originator of this wrongdoing, is forced to leave the village. July 1951. Jořka, in fear of imprisonment, does himself blood poisoning and dies. Autumn 1951. The second biggest farmer in the village, Zášinek, suffers from twinges of conscience for his very young Jewish wife whom he had divorced during the German occupation, and who died soon afterwards in a concentration camp. After one night spent in debauchery, Zášinek is killed by a bull. June 1952. The honest farmer František, who enjoys general respect and authority throughout the village, refuses to sign a document which would make him join the newly established agricultural cooperative. Being an exemplar to the rest of the villagers, he is thus kidnapped one day by those now in power. Christmas 1954. The fatally ill František escapes from the criminal military service and returns home. All the villagers unite to protect him. Spring 1955. František, still weak, but recovered, farms again. Summer 1957. The functionaries keep insisting that the village farmers join the cooperative. As soon as the police takes František away, they all give in to the pressure. Winter 1958. It is only the desperate state of the formerly thriving farms that makes František eventually join the cooperative. His honest struggle to improve the situation earns him the position of the cooperative's chairman. Epilogue. Many years have passed and Očenáš returns to the village, finding to his sorrow that František has worked himself to death. The remaining fellow-countrymen grew old, time smoothed all the edges and brought them peace and acquiescence.