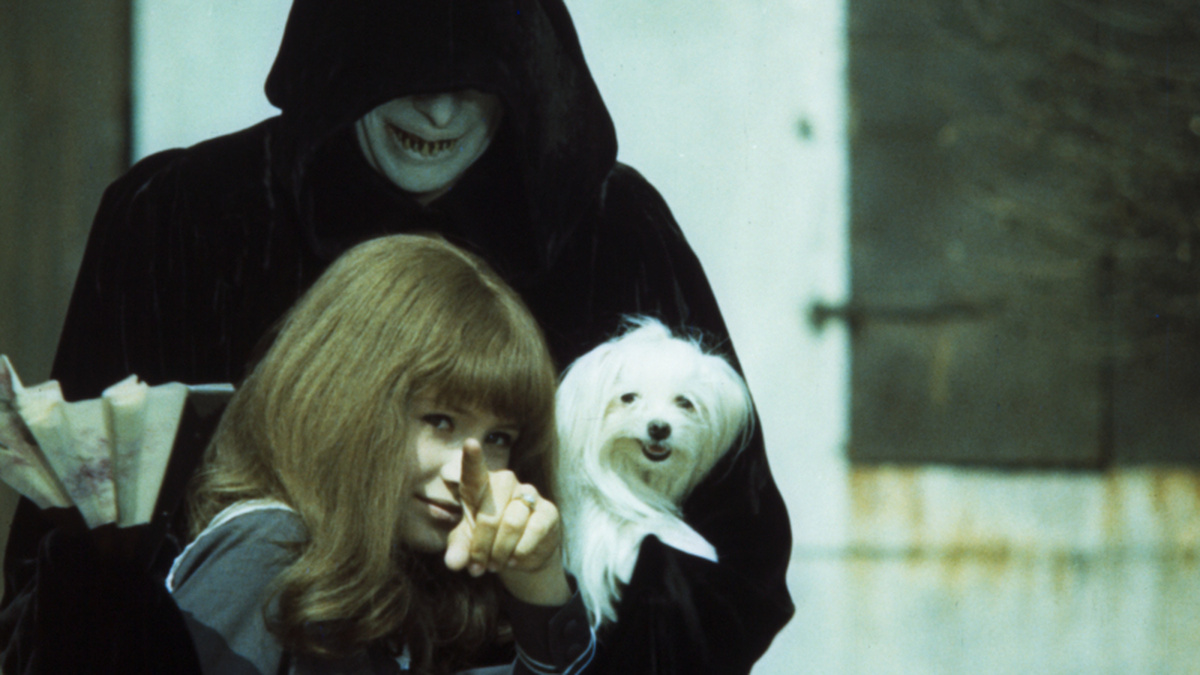 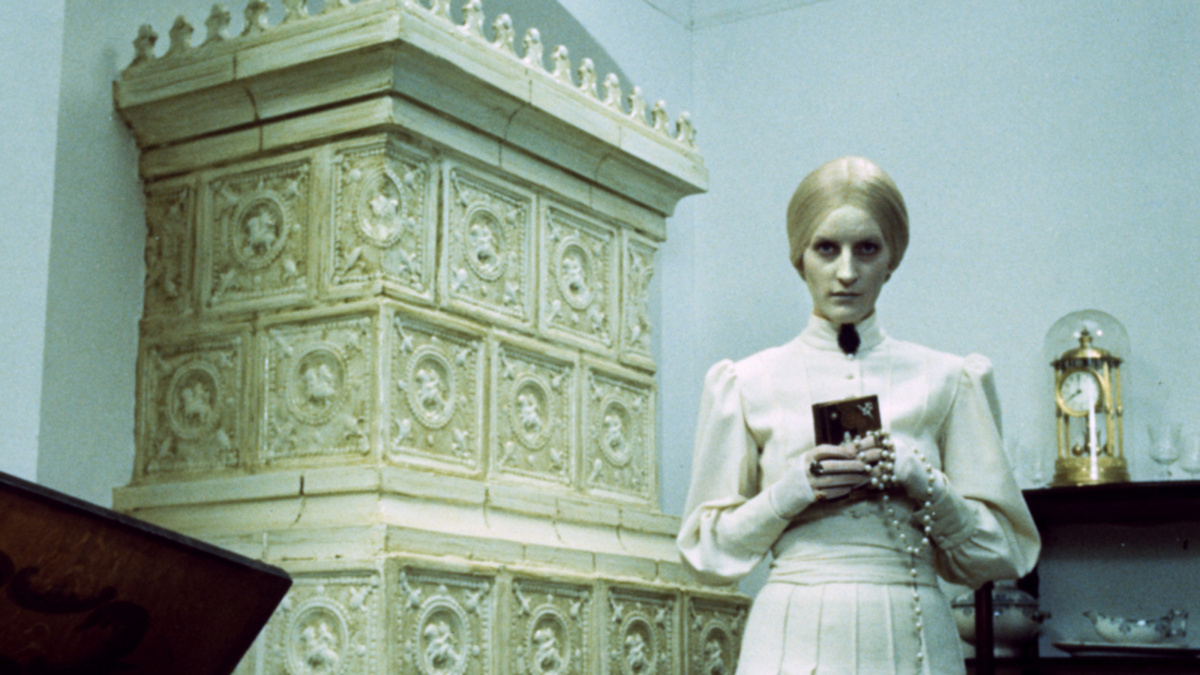 Valerie and Her Week of Wonders

The film begins with the protagonist in prison at 22, before backtracking to recap his origins as the child of an alcoholic father and an unfit mother. Taken into an orphanage, he is unable to speak Czech and immediately branded as problematic. Growing up in the cold, institutional environment, Marian (Stefan Ferko) becomes rebellious and often hostile. His outlook brightens momentarily when a kind teacher (Jaroslava Vyslouzilova) takes an interest in him, encouraging him to study hard and aim for an apprenticeship. But the same teacher later is forced to punish him. He stabs her, and soon after is sent to a juvenile reformatory.

Now a teenager, Marian (Milan Cifra) develops a crush on Eva (Terza Zajickova-Grygarova), a young prison counselor, but the absence of affection in his life leaves him ill-equipped to act on his feelings. Such emotional repurcussions of growing up without love are Vaclav’s prime concern here. Marian’s childhood and adolescence are signposted by contact with the few people who show genuine concern for him. Among them is idealistic prison staffer David (Radek Holub), who actually believes in the possibility of rehabilitation but whose trust is betrayed by the young inmates. Between prison terms, Marian begins a relationship with Tina (Ludmila Krokova), but the prejudices of her family and of outsiders, and Marian’s unpredictable nature, bring an end to it, sparking increasingly desperate, violent behavior on his part. Based on Vaclav’s interviews with Romany children in correctional facilities, the script (co-written with psychoanalyst Jan Sikl) brings economy and directness to its examination of how a negative environment can shape antisocial and criminal tendencies. The film is more matter-of-fact than harrowing, even when the events being chronicled are at their most inhumane, such as when 3 -year-old Marian is brutally scrubbed down for admittance to the orphanage.

A surprising variation of tone also comes into play, with humor not completely shut out, and the occasional warmth between the boys keeps things from becoming unrelentingly downbeat.

Vaclav has a commanding rapport with the mainly non-professional cast, evident particularly in the protagonist’s early years. Helmer maintains a documentary-like respect for his subject that allows the central figure to be moving without resorting to indulgent sentimentality. Ferko and Cifra, taken from juvenile institutions for the film, both strike a fine balance between Marian’s sympathetic and dangerous sides.
Vaclav’s emotional hold on the material is backed by a strong visual sense and fluid pacing. Lenser Stepan Kucera avoids the cliched starkness of the institutional settings, going for a soft, somber light that sits well with the restrained, melancholy drama.

In 1970, director Jaromil Jireš transformed author Vítězslav Nezval’s gothic novel Valérie a týden divů (Valerie and Her Week of Wonders, 1932) into a poetic horror story, in what would prove to be one of the last “free” Czechoslovak New Wave features. Production and costume designer Ester Krumbachová served as co-writer along with Jireš. The main character in this dreamlike fantasy tale is a 13-year-old girl (aged 17 in the novel), whose tranquil life with her strict grandmother is transformed into a wondrous, but potentially dangerous adventure. A desire to uncover the secret of her own origins leads Valerie into a fantasy world inhabited by mysterious creatures and characters reflecting the real-world anxieties and wishes of the girl. Young Orlík tries to provide her with some brotherly protection. The outward kindness of Valerie’s pious grandmother is repeatedly challenged (a Skunk doubling as a constable who threatens Valerie was once her grandmother’s lover; the ostensibly old woman still yearns to be seduced by Gracián the missionary). Valerie’s grandmother, in her rejuvenated form, adds to the dangers facing the girl. However, the heroine eventually succeeds in overcoming numerous ominous situations to step forward into the future – now no longer as a child, but as a young woman… Jireš and Krumbachová’s fancy spectacle reflects the heavy erotic connotations stemming from Nezval’s original take on gothic novels (both the Weasel and the perverse priest are after Valerie’s virginity, and her relationship with brother Orlík is also not entirely free of sexual undertones). The screenwriter’s opulent fantasy, together with Jan Čuřík’s brilliant and colourful camerawork, create a strikingly beautiful, but unsettling world. Jaroslava Schallerová, 13 at the time, stars as Valerie. Featured in the cast is Robert Nezval, the illegitimate son of author Vítězslav Nezval, in the small role of a drummer. The son committed suicide shortly after the film was completed.

Thirteen-year old Valerie lives in an old house with her austere grandmother. Through her eyes, half-child and half-adult, she observes the world around her, meeting various weird figures who keep changing their identities and whose fates mysteriously intertwine. Then Valerie meets a young man named Orlík who steals her earrings while she sleeps, but then returns them. She learns that a constable nicknamed Skunk [Tchoř] was her grandmother's lover long ago, also finding out that the grandmother wants to win the love of the missionary Gracián and hence she is out to retrieve her lost youth. Valerie's vigilant guide in this unbelievable world submitted to rules unknown to logic is no one but Orlík. He saves the girl from Skunk, who tries to strangle her. Pearls she receives from Orlík help Valerie to disentangle herself from Gracián's powers and also defend her from the rejuvenated grandmother. One of the magical pearls interferes in yet another dangerous situation, when Gracián accuses Valerie of witchcraft and the girl is to be burned at stake. Moreover, Valerie witnesses the wedding of young Hedvika, who was the victim of a vampire, and at the same time envisions Skunk's death. In the morning, Valerie is having breakfast with the grandmother as usual and learns from her that she is the daughter of a gamekeeper's apprentice, whose love affair with her mother made the granny chase her mother away from home. A coach arrives, bringing over the girl's parents as well as her brother Orlík. They all set off to the Eastern Wood. There, Valerie can again see the participants of her unbelievable dream which might have been just a dream…