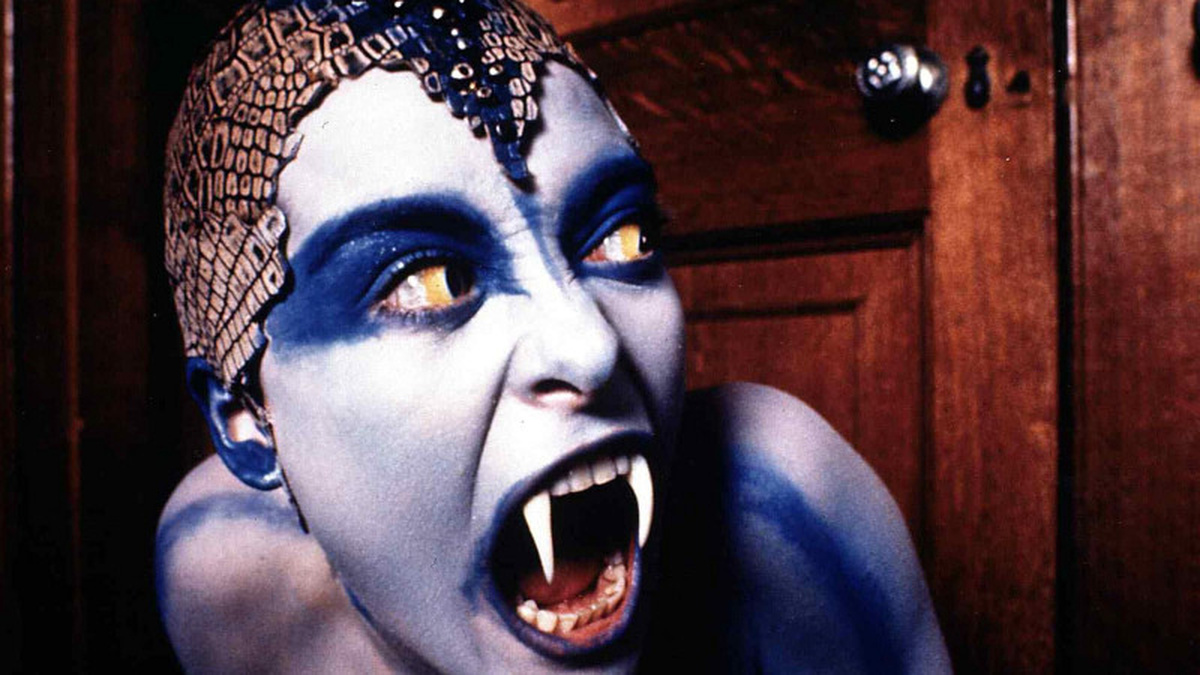 Peak District archaeologist Angus Flint (Peter Capaldi) unearths a mysterious skull, believed to be that of the legendary creature knows as the D’Ampton Worm. When a wealthy local recluse, the smouldering and sinister Lady Sylvia Marsh (Amanda Donohoe) gets her hands on the skull all hell breaks loose. Soon the Derbyshire locals, including Lord of the Manor James D’Ampton (Hugh Grant) whose ancestors were said to have slain the mythical beast hundreds of years ago, come to realise that the D’Ampton Worm may be more than a legend after all.

Uproariously funny, boldly experimental and genuinely shocking, The Lair of the White Worm is a bizarre, psychedelic masterpiece that defies categorisation. Experience it for yourself - Dare you enter the lair?

To celebrate the reopening of CCA, Matchbox Cineclub are taking over CCA’s cinema for a four-night collaborative #WeirdHorror pop-up this Halloween. From Thursday 25 October to Sunday 28 October, we have snake women, Canadian vampires, retro-futuristic fever dreams and 17th century rural witchcraft, as well as director and star Q&As.