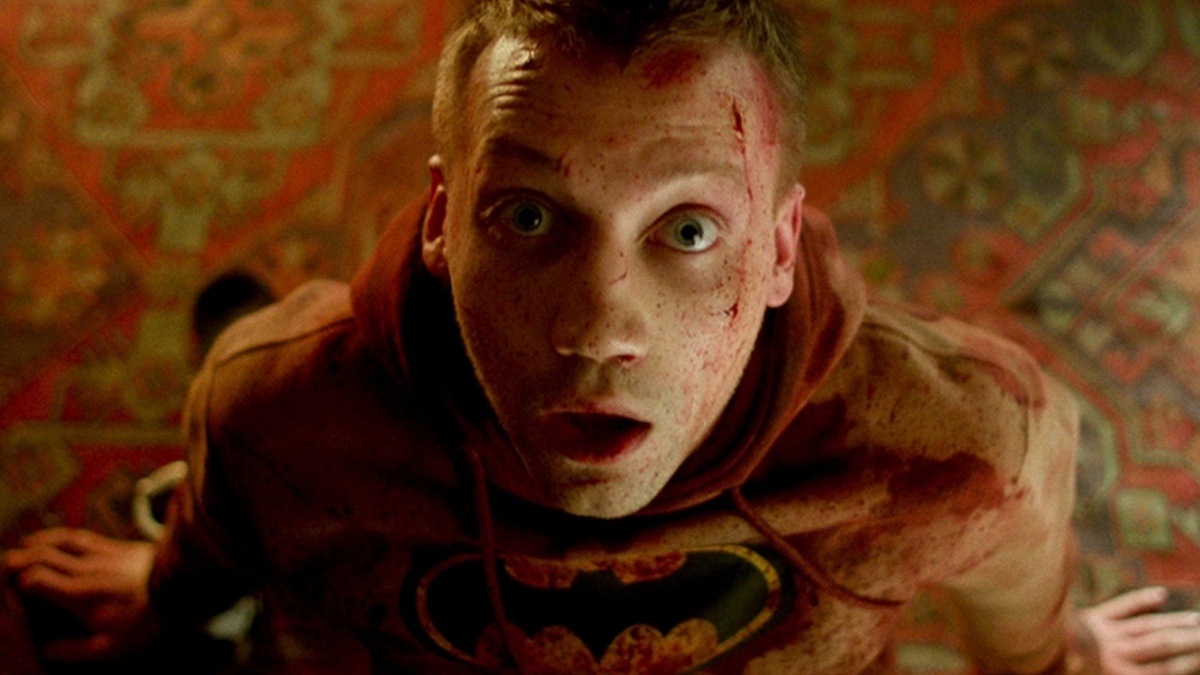 Why Don't You Just Die!

This year, Matchbox Cineclub are teaming up with Arrow Video for a monthly screening series drawn from the Arrow catalogue, starting with a nice slice of Russian splatterpunk.

Shades of early Tarantino, Edgar Wright and Sam Raimi abound in this violent, stylish and riotously entertaining slice of family life, Moscow style, described as “a splatterpunk action comedy drenched in gleefully dark Russian humor” (The Hollywood Reporter) and “an amazing first feature from a filmmaker to watch” (Screen Anarchy).

Matvey (Aleksandr Kuznetsov) has just one objective: to gain entry to his girlfriend’s parents’ apartment and kill her father Andrey (Vitaliy Khaev) with a hammer to restore her honour. But all is not as it initially seems, and Matvey’s attempts to bludgeon the family patriarch to death don’t quite go to plan as Andrey proves a more formidable – not to mention ruthless – opponent than he anticipated… and Matvey, for his part, proves stubbornly unwilling to die.

Every month, Matchbox Cineclub's Arrow Video Night will screen brand-new theatrical releases, new restorations and cult classics drawn by us from the Arrow catalogue. We'll have plenty of bonus content, Arrow goodies and hopefully some expert guests along the way.

Tickets are £0-8, you decide what to pay with reference to our sliding scale guide: bit.ly/slidingscaleguide. To register for a free ticket, please email tickets@matchboxcineclub.com.