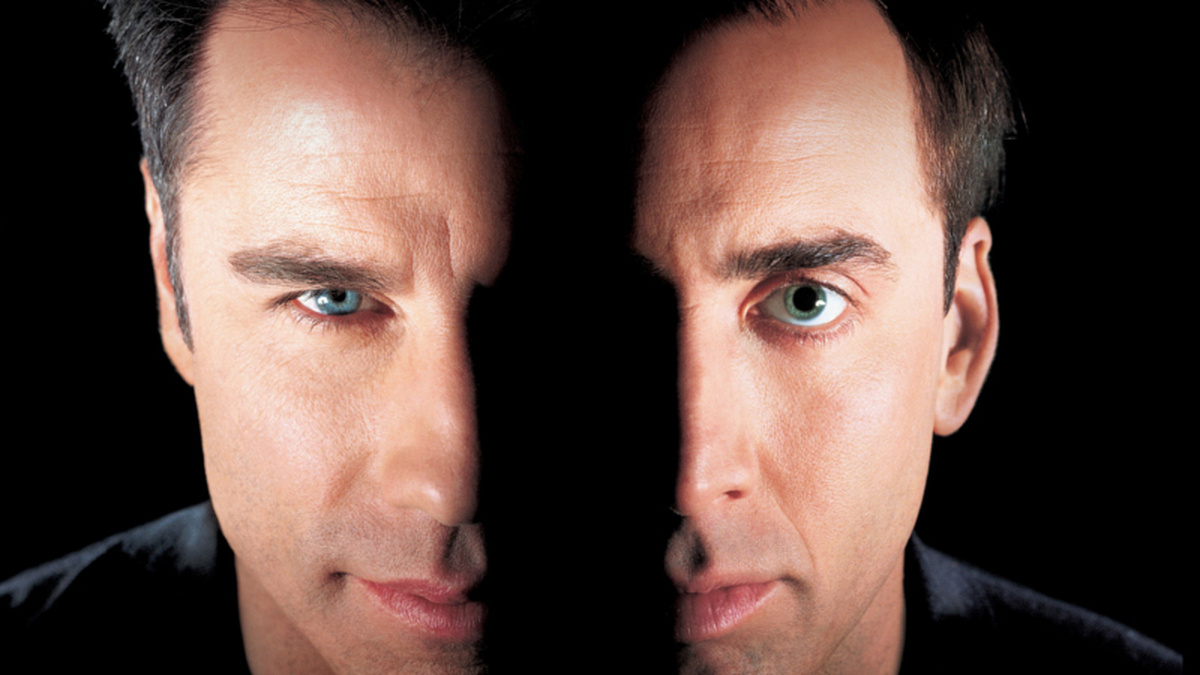 An international terrorist for hire named Castor Troy (Nicolas Cage) is being relentlessly pursued by Sean Archer (John Travolta), an FBI agent whose son Castor accidentally killed in an assassination attempt years earlier. After finally catching Troy, Archer's troubles have only just begun… It emerges that Troy, now in a comatose state, has rigged a bomb to destroy the whole of Los Angeles. There is only one person who knows the location of the bomb… Troy's brother, Pollux - but he will not betray his brother! Archer has only one choice - he must undergo drastic surgery to have his face replaced with Troy's and then infiltrate Troy's terrorist world. But when Troy awakens from his coma and finds out what has occurred he has the procedure performed on himself and assumes Archer's identity…