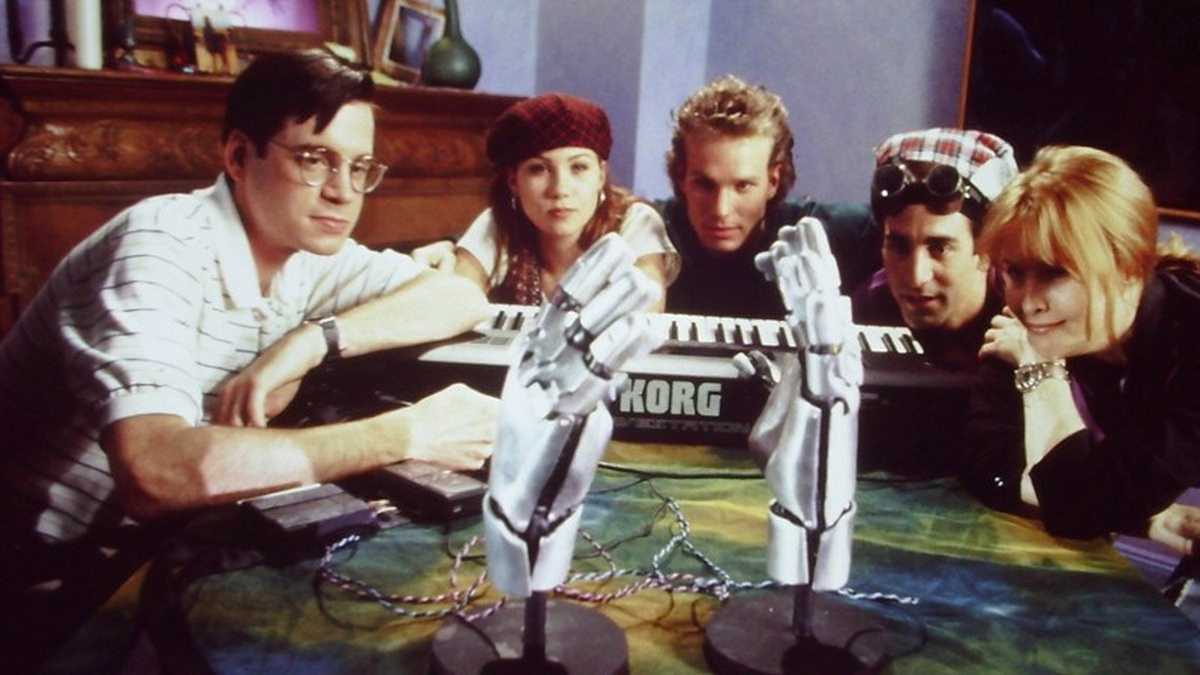 When emerging rock star TJ Cray's hands are severed in a violent attack, he becomes an alcoholic, bumming the streets of New York City. Stumbling into the thriving techno music scene, his new friends help him overcome his trauma by developing programmable metal hands which allow him to play music again.

“It's the best film about a hand-less wino who becomes the toast of the rave community that I've ever seen.” Yes, you read that correctly. This is a genuine original, starring James Marshall (Twin Peaks) and Christina Applegate (Married…With Children, Anchorman), and possibly the most 1990s film ever made. Vibrations’ Wikipedia page boasts it was one of the first films released on DVD… but truly its time is now.

Vibrations (Michael Paseornek, 1994) 1hr 44m
This screening will be captioned for the deaf and hard of hearing.

Screening as part of Matchbox Cineclub's Weird Weekend. Thanks to Cinepix/Miramax.