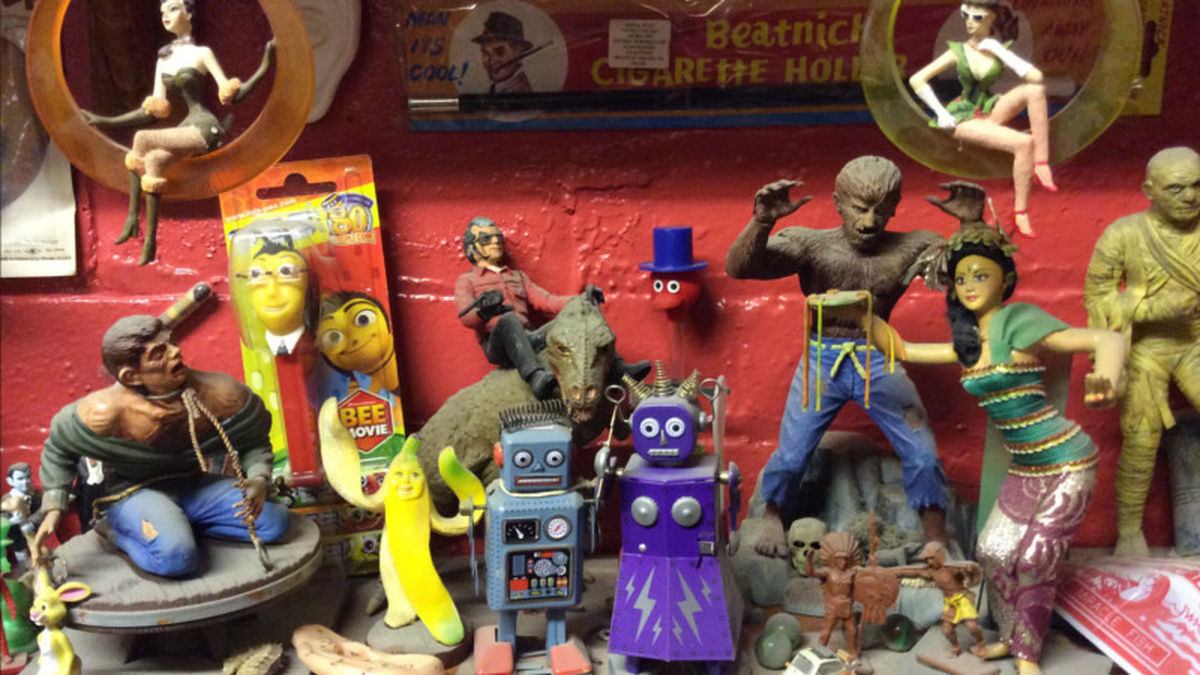 A celebratory retrospective of the work of the maverick performer and ‘Art Gangster’ Ian Smith, featuring a magpie mix of his art, performance, film, music and 'pulptures'.

Self-proclaimed 'jack of all trades, master of none', Ian was actually a master at exploiting and juxtaposing different art forms, including visual art, comedy, performance, compering, music, cartoons, street theatre and TV. A maestro of the quick idea, he made new and accessible work while supporting and encouraging artists of all kinds.

Festival of Ian Smith will give a flavour of this work: from his early days in Brighton, through his 'pulptures' ("like paintings or sculptures but not as good"), to stints as ringmaster with Circus Archaos, TV persona Monty Cantsin, and his twenty two years as Director of Glasgow's Mischief La-Bas.

In Intermedia Gallery, a section of Ian’s studio will be recreated to display the cross-fertilisation of ideas that existed in his work, complete with a display of costumes used by him to bring characters vividly to life.

In the Clubroom, several monitors will show films themed around four different aspects of Ian’s work in comedy, art and music as well as his group performances.