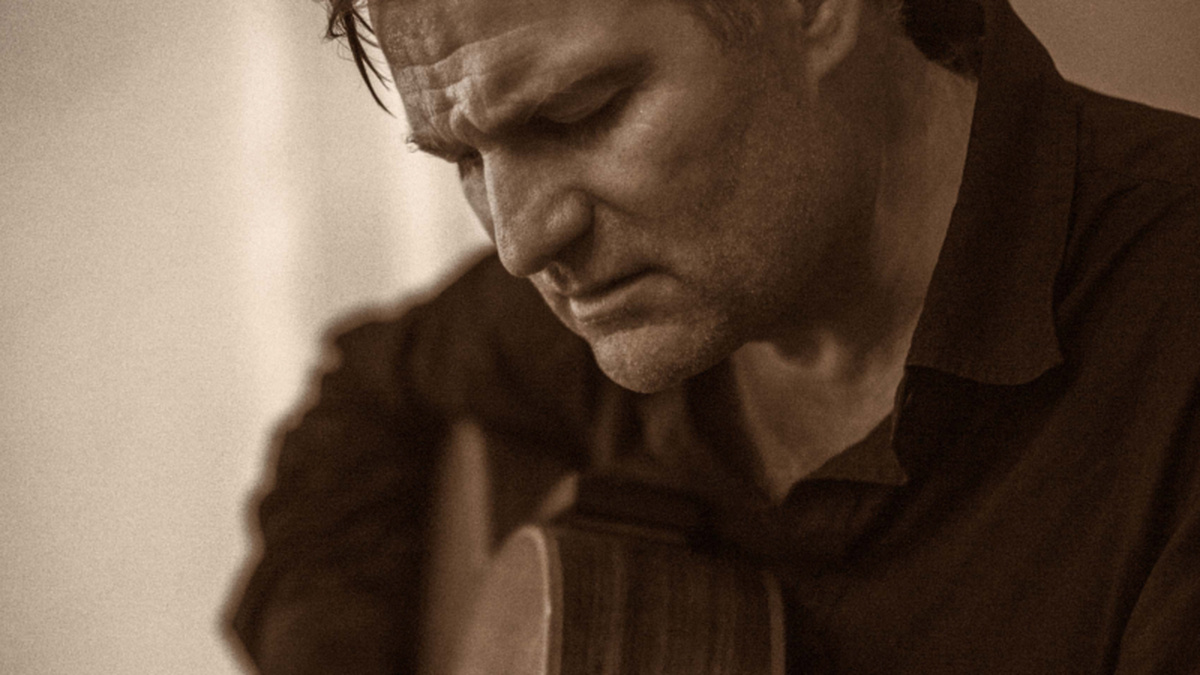 58 Fordwych Road is an all new show that centres around a living room in a flat in Kilburn, London in the 1960s .

The abode of up and coming singer songwriter Roy Harper and his wife Mocy was an after hours hang-out for the legends who played at Les Cousins in Soho at the height of the acoustic explosion in swingin’ sixties London .

Artists such as Bert Jansch, Davy Graham, John Renbourn, Paul Simon, Sandy Denny, Marc Bolan and others dropped in, to drop out, jam and try new tunes. But all along, there was someone else there …. a toddler, part of the family, inhaling the music and absorbing the vibe; Roy’s young son, Nick Harper.

Nick later carved out his own career in music, but in this unique and one-off show he plays tribute to the time, the place and the music that became the centre of everything for him and the rest of his family.

The show runs over two halves. The first will see Nick delve into the deluge of songs he heard direct from the greats when growing up. In the second, Nick will trace the journey of how these luminary figures' music evolved and helped shape popular music beyond the sixties, and revisit the eternal themes that run from then to now in songs of his own fine repertoire.