One Day in the Life of Noah Piugattuk 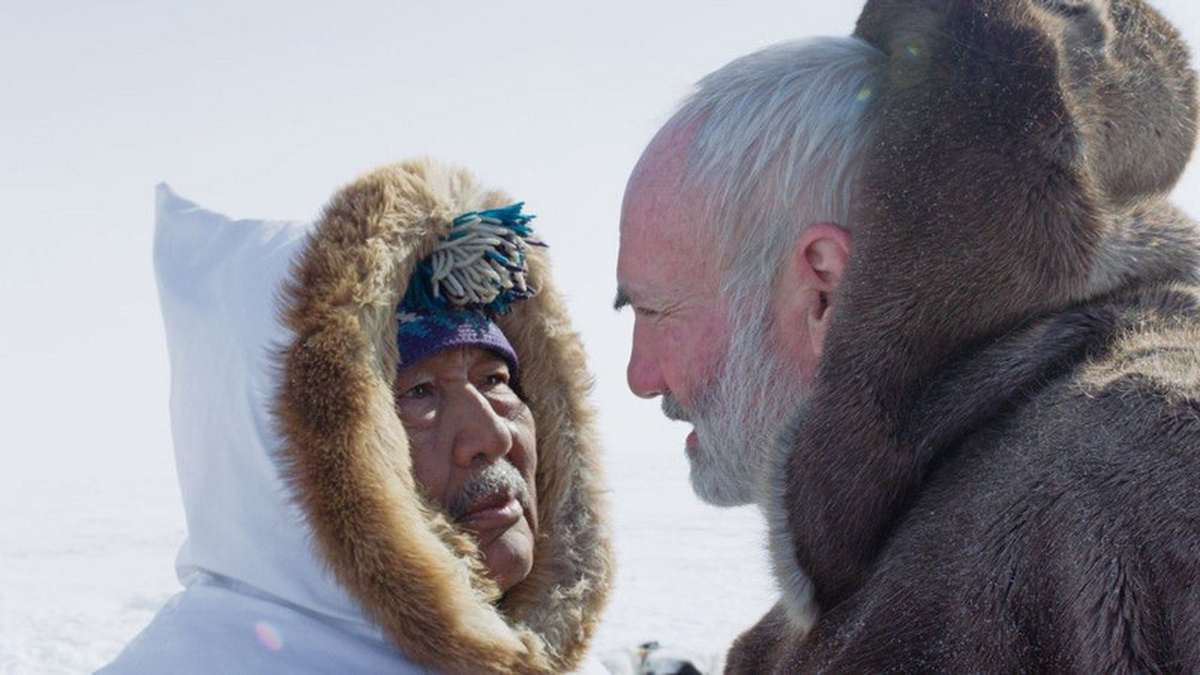 In April 1961, John Kennedy is America’s new President, the Cold War heats up in Berlin and nuclear bombers are deployed from bases in arctic Canada. In Kapuivik, north Baffin Island, Noah Piugattuk’s nomadic Inuit band live and hunt by dog team as his ancestors did when he was born in 1900.

When the white man known as Boss arrives at Piugattuk’s hunting camp, what appears as a chance meeting soon opens up the prospect of momentous change. Boss is an agent of the government, assigned to get Piugattuk to move his band to settlement housing and send his children to school so they can get jobs and make money.

But Kapuivik is Piugattuk’s homeland. He takes no part in the Canadian experience; and cannot imagine what his children would do with money.

Part of the programme for the exhibition Shuvinai Ashoona: Holding on to Universes.