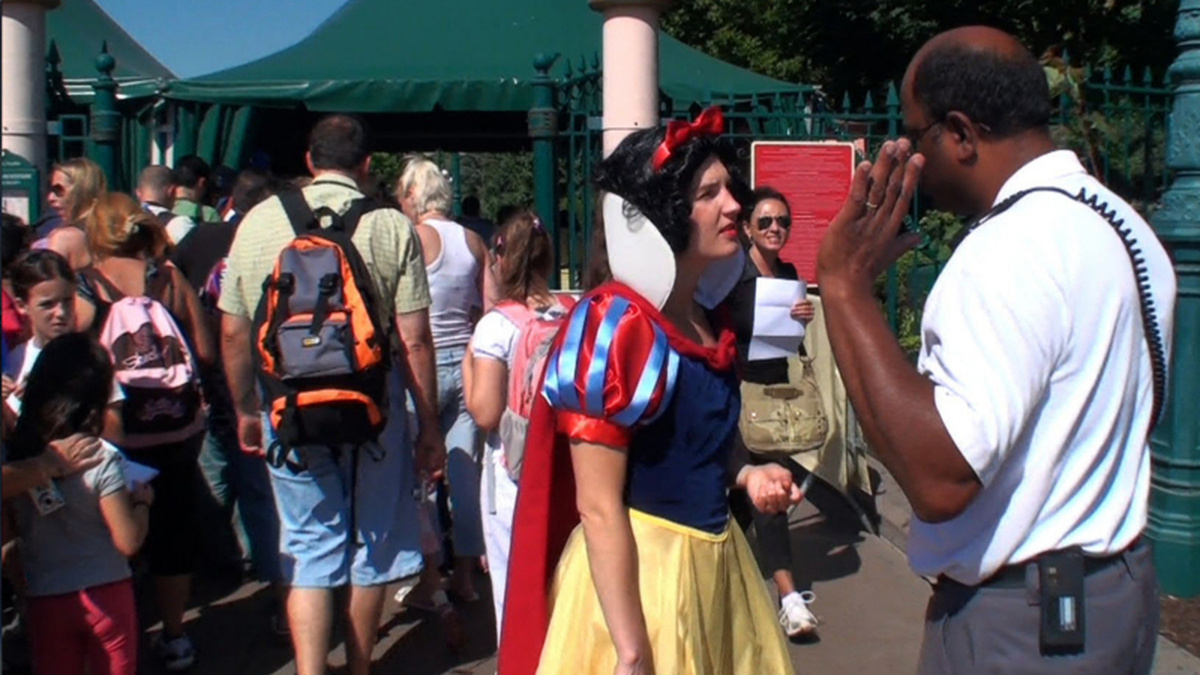 Artist Pilvi Takala provides an overview of her work of the last ten years in her first solo exhibition in Scotland.

Takala’s rich performative visual art practice takes place mostly at moments where she blends into environments that seemingly have little to do with an artistic reality. In the spaces and places of offices, class rooms, amusement parks and public streets, her form of disguise and infiltration reveals the direct operation of many of the systems she finds herself in.

From communities of poker players in Thailand and a marketing office in Finland, to a shopping mall in The Netherlands and a boarding school in the US, the project of infiltration is often employed to offer practical stages of public research. This research mostly comes to us in the form of documentation, rather than us witnessing the direct movements. It alludes to a form of extreme observation of how these things actually work and what they tell us of our own position in a larger framework of communities and life. A clear example of her tactics as an artist is her month-long traineeship at Deloitte in Helsinki in 2008. Embedded within the company, she slowly changed her concentration of the job from ‘working’ into ‘thinking’. Obviously raising attention within the office to her – at first sight – passive activity, her colleagues confronted her directly on her lack of productivity. It challenged the very basic need and value of work in a direct office landscape, showing cracks internally within such an environment in parallel to trying to develop artistic responses to such systems.

For the show at CCA, Takala will build upon her archive and focus on revisiting a work she developed in 2004 in Garnethill that signalled a way of working in a specific Glasgow community.

A series of events will accompany this exhibition and will be announced soon.