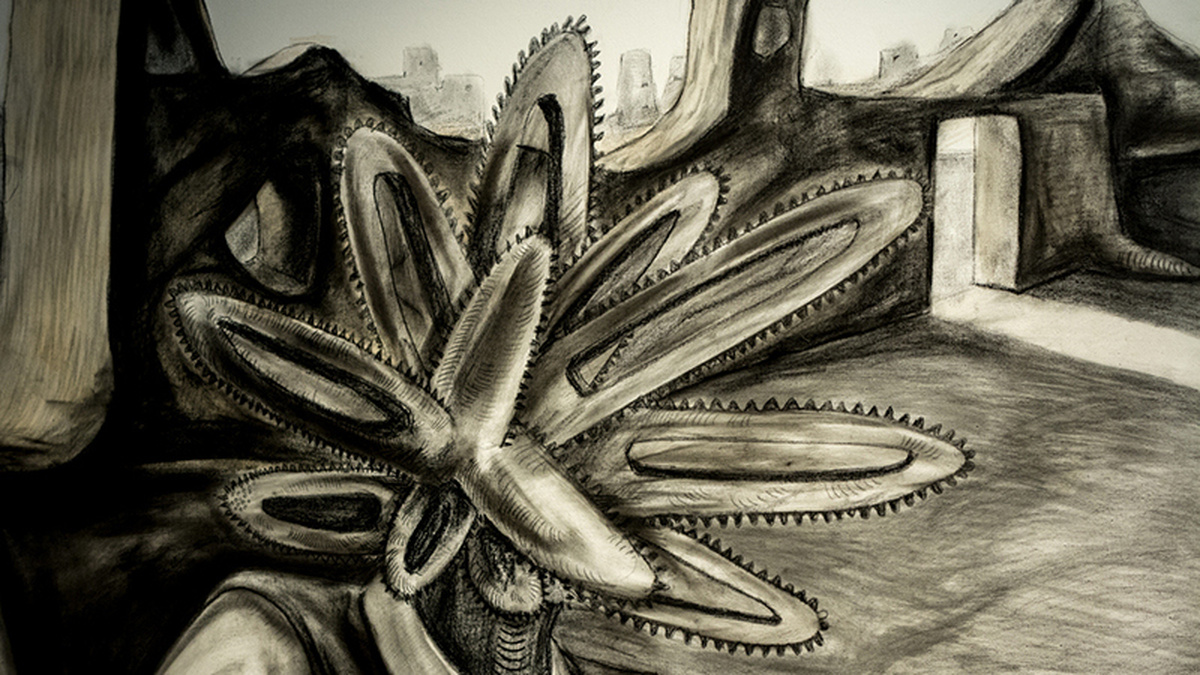 Join us on the opening night of Political Animal, for a preview of the exhibition by Prabhakar Pachpute and launch the book co-authored by Pachpute and Johnny Rodger.

This book is at the origins of the whole Political Animal project. It is a collection of 21 fables written by Johnny and illustrated by Prabhakar. The theme of the fables is at the forefront of Johnny’s meditations on the human animal and “the dramatic representation of moral situations” (see Political Animal booklet). The protagonist of the fable is often an animal, albeit an anthropomorphised animal capable of thought and feeling, having opinions, motives and emotions. A fable always contains a morale, thus it is a literary form with clear political, moral and educational aims.

The collaboration between Johnny and Prabhakar started three years ago, when Viviana and Johnny were introduced to the works of the artist. Born in Sasti (Chandrapur district) in India in 1986, Prabhakar Pachpute has become one of the most critically acclaimed artists of his generation. Coming from a family of miners, his work is rooted in the land. Combining field research and personal experience and using charcoal, clay and wood, his murals are a mix of drawings, sculpture, sound and still-motion animation. Although his intent is to explore the “epic of labour” and to reflect on the transformation of the economy in India and how it affects the society, his visuals are also drawn from Hindu mythology and narratives, thus achieving simultaneously a poetic, surrealist imagery and the gritting, hard reality of mining activity and land farming.

The metaphors of the fables written by Johnny inspired Prabhakar a series of new works, specifically conceived for Political Animal. Ten of the drawings he realised for the book can be visible in the gallery of the Reid Building at the Glasgow School of Art. A few of these works have been visible for a year now, due to the June 2018 fire that postponed the event, but all of them are original creations. According to Prabhakar himself, each work has a specific relevance, colours and symbols are relevant to specific situations, inspirations or locations. Prabhakar felt a connection with Johnny’s fables through the imagery and metaphors, therefore engaging himself with the stories, and how best to represent them. Although the cultural differences between Scotland and India are obvious, Johnny also comes from a family of miners, which borne this connection.