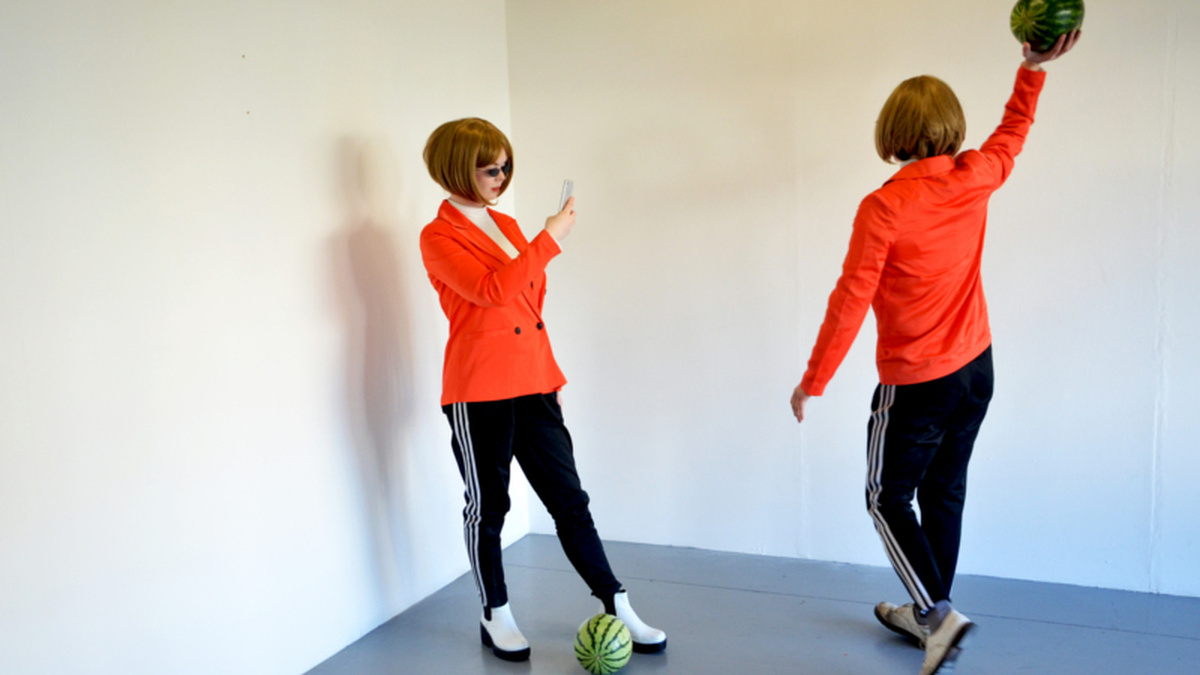 performance pəˈfɔːm(ə)ns/
noun 1. An act of presenting a play, concert, or other form of entertainment.

The action or process of performing a task or function. The extent to which an investment is profitable, especially in relation to other investments…

Performore! engages with an expanded understanding of performance, investigating how this notion frames artistic production under neoliberalism. Under the guise of a training workshop set up to help artists amplify, maximise, utilise and, ultimately, capitalise on their performance, Per-formore! draws on the tools of the capitalist workplace in order to exhaust them and expose their redundancy.

Following an open call for proposals Present Futures offered two micro bursaries to emerging artists Annie Lowry Thomas & Anna Danielwicz and Alex Millar to support their involvement and contribution to the 2019 edition of the festival.