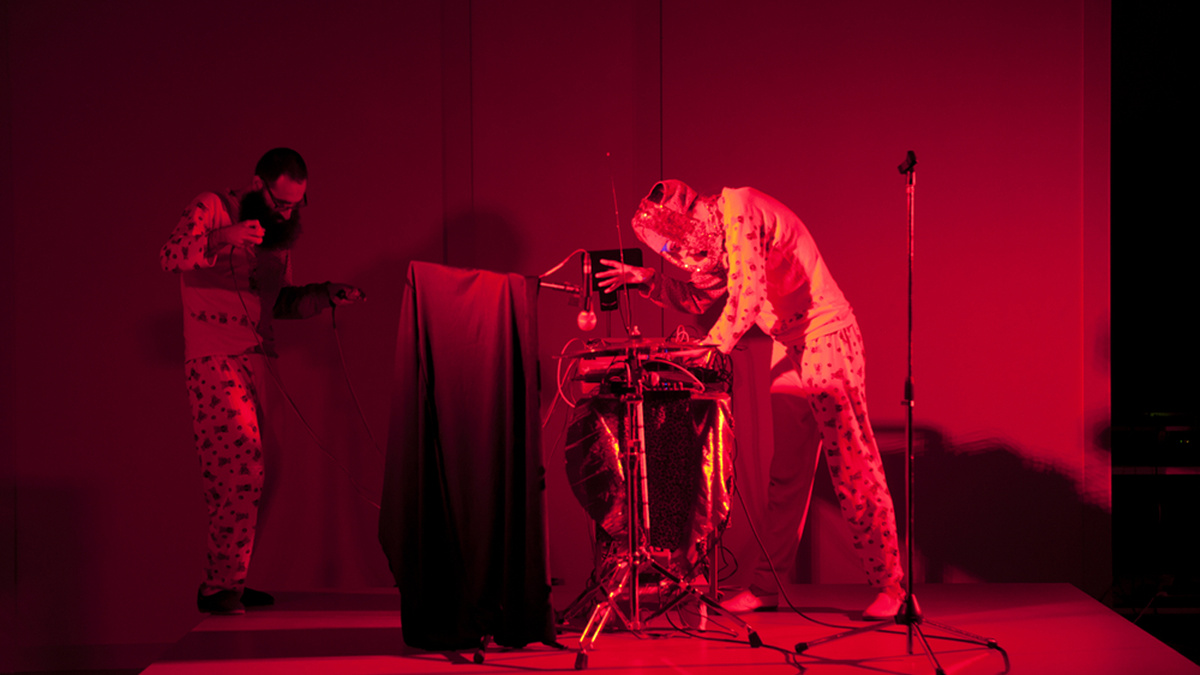 Unfortunately, Nwando Ebizie and Henrietta Fusi have had to postpone their performance. The night will still go ahead with Von Calhau! and p6.

Sound piece for voice and electronics.

Von Calhau!, born 2006, lives between Lisbon and Porto. It’s all work developed by Marta Ângela and João Artur. The duo’s work has been presented in the recognizable forms of music, text, visual arts, performance, among others. They have shown their work across Europe, São Paulo, New York, in venues like Serralves Museum, Palais de Tokyo, Cafe Oto, Sesc Pompeia, etc; and published books or released music through publishers/labels like Culturgest, Kraak, Discrepant, Takuroku, among others.

Is it possible to rewire narcissism and humility? Reconcile sadism and masochism? The revelation of human polarity and the ‘switch’ aesthetic are explored in a confessional ritual for radio. Using found sound, field recordings, electronics and personal / social irreverence, p6 brings mortifying, thrilling and downright banal lived experience together for an invited and uninvited audience. Duality abounds, a scent of righteous anger and absurdity in equal measure. Unsurprising from the offspring of disordered personality traits and family tragedy. The High Holy Disco Mass can now begin.

p6 is the artistic name of Glaswegian Phil Eaglesham (b.1965 – he/him), former vocalist with Stretchheads & Desalvo and currently in duo Security along with numerous collaborations on music and performance in OV (Glasgow Film Festival) and VIDIV (Unfix Festival). Self-taught via an 80s DIY hardcore punk background, he became known as a confrontational and provocative performer with increasingly queer perspective as a homophobic UK Government raged and the first waves of the AIDS pandemic landed ashore. His professional life had a parallel trajectory as a nurse in mental and public health, suicide prevention, blood borne viruses, HIV and sexual health, substance use, justice and ultimately in homelessness and human rights. His own lived experience of childhood and adult trauma alongside an increasing interest in esoteric and ritual responses to an increasingly draconian and divisive world has become a more recent autobiographic focus. Now retired from public service, he works as a walking tour guide, lives in Inverclyde in polyamory bliss and is slowly substituting his oversized vinyl collection for fine malt whiskies.