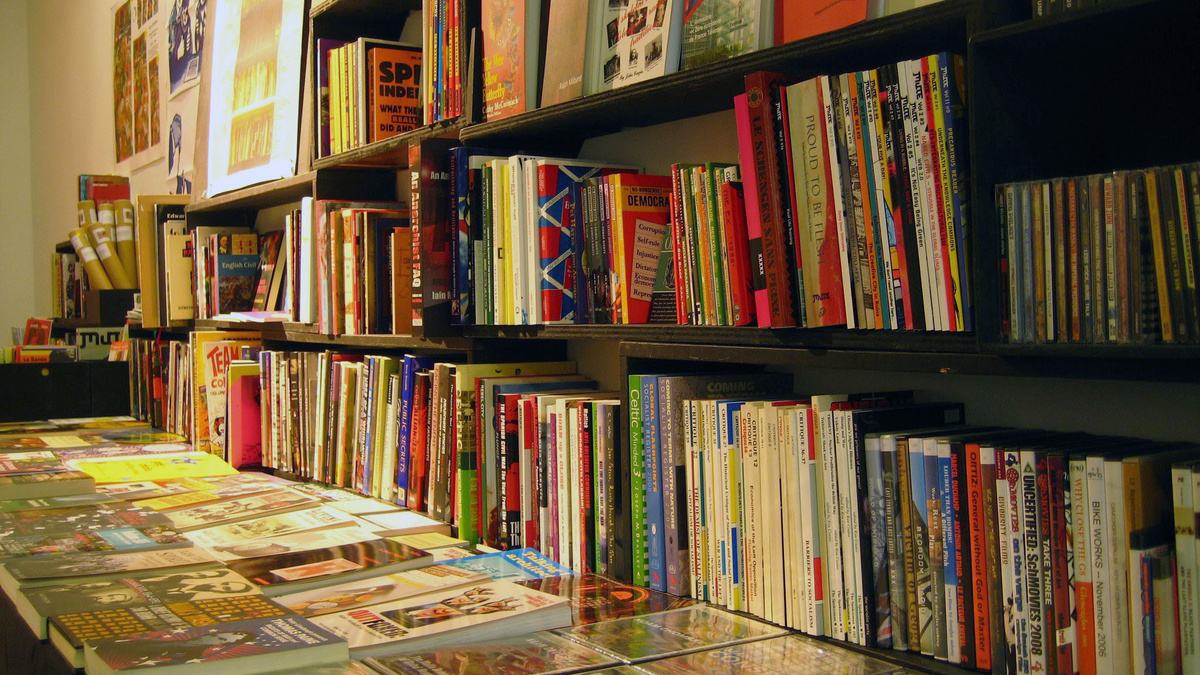 Coming out of the lockdowns and in the shadow of the cost-of-living crisis, it is more important than ever that we begin to rebuild networks of community resistance. That’s why a group of organisations on the libertarian left in Glasgow have got together to organise the first Red and Black Clydeside bookfair and gathering.

Looking around us after two years of lockdowns, we saw a society more fractured and atomised even than it was before the pandemic. We decided that the best response to this was to find a way of celebrating and bringing together examples of community self-activity.

A bookfair might seem an unusual place to start that process, but we decided we needed a chance for people to meet physically, in a real-life setting, to see what others are doing, to exchange ideas, to learn from the experience of others what works and what doesn’t, even just to have fun together. It’s not just about books, it’s about ideas, and it’s about mingling with like minded people. The organisations behind the idea – the Glasgow Keelie Group, Glasgow Anarchist Communist Group, and the Spirit of Revolt – have worked together often, but we wanted to broaden out the connections beyond our own memberships.

So that’s what we wanted to provide: just a forum for people to meet and to begin that process of revitalising autonomous activity in our communities and workplaces. And there’s been a stream of organisations interested in taking part: people as diverse as the Clydeside IWW, the Autonomous Design Group, or Friends of the Peoples Palace. All with their own interests, but with a desire to reach out, to exchange ideas.

So, if you want to reinvigorate your inner rebel, get yourself to the CCA on 7th May. We’ll be there with a range of meetings, talks, and chances for informal interaction. Keep an eye on the website for updates.

16:00 “The life of Peter Kropotkin (author of the Conquest for Bread) from the Paris Commune to the Kronstadt Revolt” with Iain McKay in the Cinema

17:10 Launch of The Idea (Just Books) – a timely new work on the history and development of Anarchist Communism from long-term activist and historian Nick Heath in the Electron Club or Cinema.

17:50 Nationalism and Internationalism: with an eye towards the current war in Ukraine, presenting a ‘No War but Class War’ perspective with the CWO in the Electron Club or Cinema.

18:30 The (Alt.) Right and the Attacks on University Workers: the case of Nathan Jun with author Ben Franks in the Cinema

19:10 Researcher and IWW Regional Organiser, Jade, on “What is a revolution? Lessons from the recent uprisings in North Africa and West Asia” in the Electron Club or Cinema

19:50 Visions of Resistance: Shorts about anarchism, May Day and struggle in the cinema.