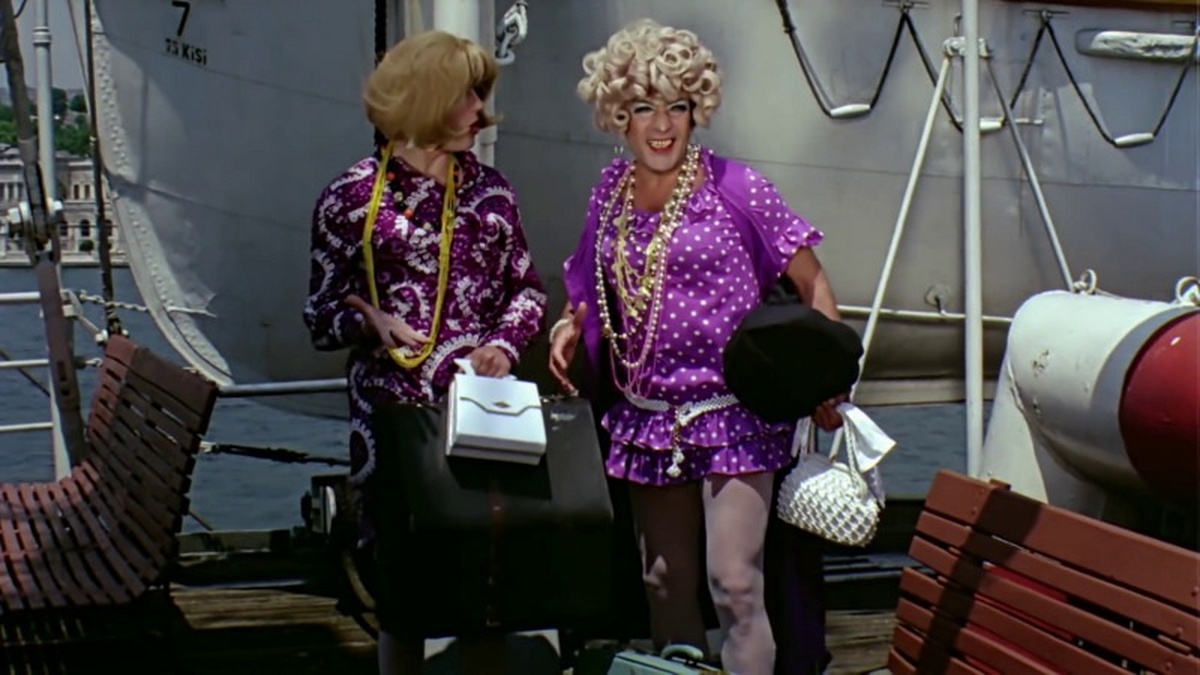 Never before subtitled into English, Fıstık Gibi is actually the second Turkish film to rework Billy Wilder’s Some Like It Hot after an earlier black-and-white attempt in 1964. Starring Turkish Cypriot actress Feri Cansel in the role made famous by Marilyn Monroe, this was directed by one of the true legends of Turkish remakesploitation, Hulki Saner, who not only directed reworkings of Star Trek and Some Like it Hot, but also produced the remake of The Exorcist.

Fıstık Gibi AKA Turkish Some Like It Hot (Hulki Saner, 1970) 1hr 11m
With English SDH/Captions for D/deaf audiences.

Screening as part of Matchbox Cineclub's Remakesploitation Fest 2020. Buy a £20 all-day pass; or individual tickets on a sliding scale £0-£8. You decide what to pay, with reference to the sliding scale guide. To register for a free ticket, please email tickets@matchboxcineclub.com.