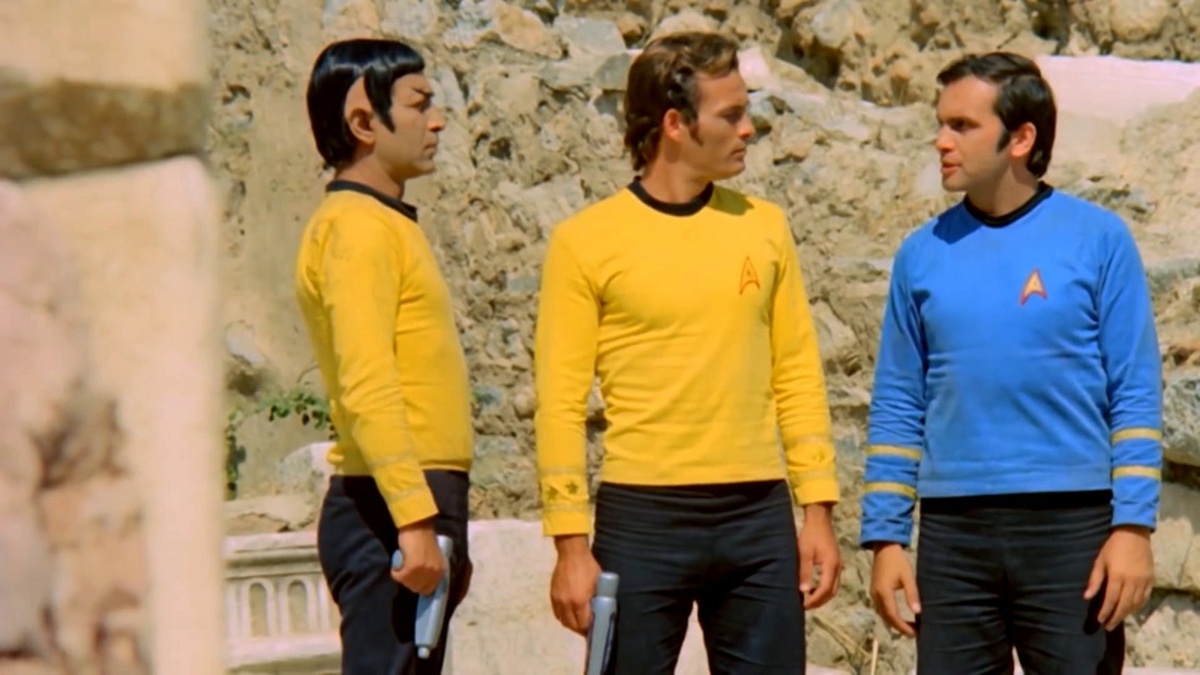 Technically the first Star Trek feature film, preceding Star Trek: The Motion Picture by six years, this hilarious parody of the Star Trek series closely recreates the ‘Man Trap’ episode from the original series. Starring Turkish comedy legend Sadri Alişik in the central role of Turist Ömer, the film follows his adventures with Kirk and Spock as they investigate a series of mysterious deaths on an alien planet – actually the ancient ruins of Ephesus.

Screening as part of Remakesploitation Fest 2020. Buy a £20 all-day pass; or individual tickets on a sliding scale £0-£8. You decide what to pay, with reference to our sliding scale guide. To register for a free ticket, please email tickets@matchboxcineclub.com.