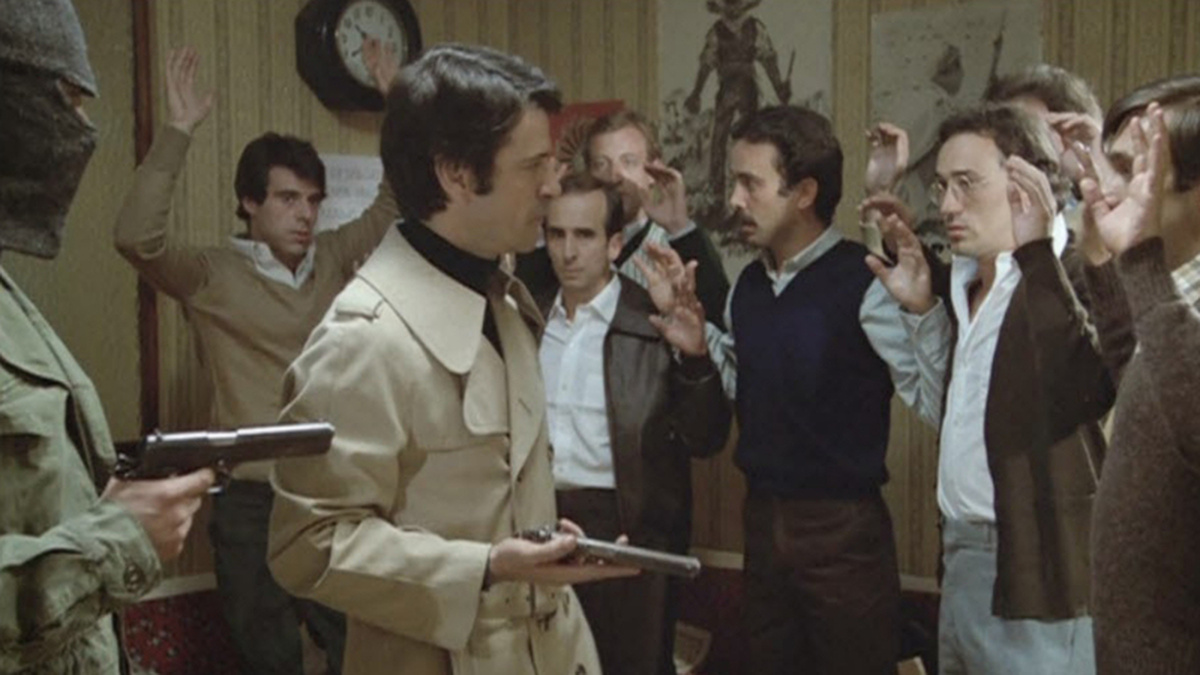 This touchstone political drama is a reconstruction of the tragic events of January 1977 in Madrid known as the Massacre of Atocha – an attack by right-wing extremists during the Spanish transition to democracy after the death of Franco in 1975.

Based on a notorious series of real events and directed by Juan Antonio Bardem, long an oppositional filmmaker in Spain, this fascinating historical document is a key cultural work of the country’s transition to democracy.

In 1968 Spain was under Franco's dictatorship, hence the influence of the global protest movement had a limited impact. The spirit of 68 was delayed in a country oppressed until the end of the 20th century.

The happenings of those days in Spain became the late natural response of Spanish people to a long awaited protest movement, crowding the streets against the attempt to restore Francoism. Those seven days of January changed Spanish democracy and favoured the legalisation of the Communist Party days after the massacre.

When right-wing extremists stormed the offices of a group of employment lawyers with links to the Spanish Communist Party, five were left dead and another four gravely injured. The attack, carried out in the name of La Triple A (Anti-Communist Apostolic Alliance), was the most serious incident during a period of extreme socio-political agitation in Spain. Intended to destabilise the fledgling democracy and provoke a coup, did the actions of the extremists destabilise the state and bring about the political change they desired?

There will be a post screening discussion on Labour’s rights with experts.