RFN68 One + One (AKA Sympathy For The Devil) 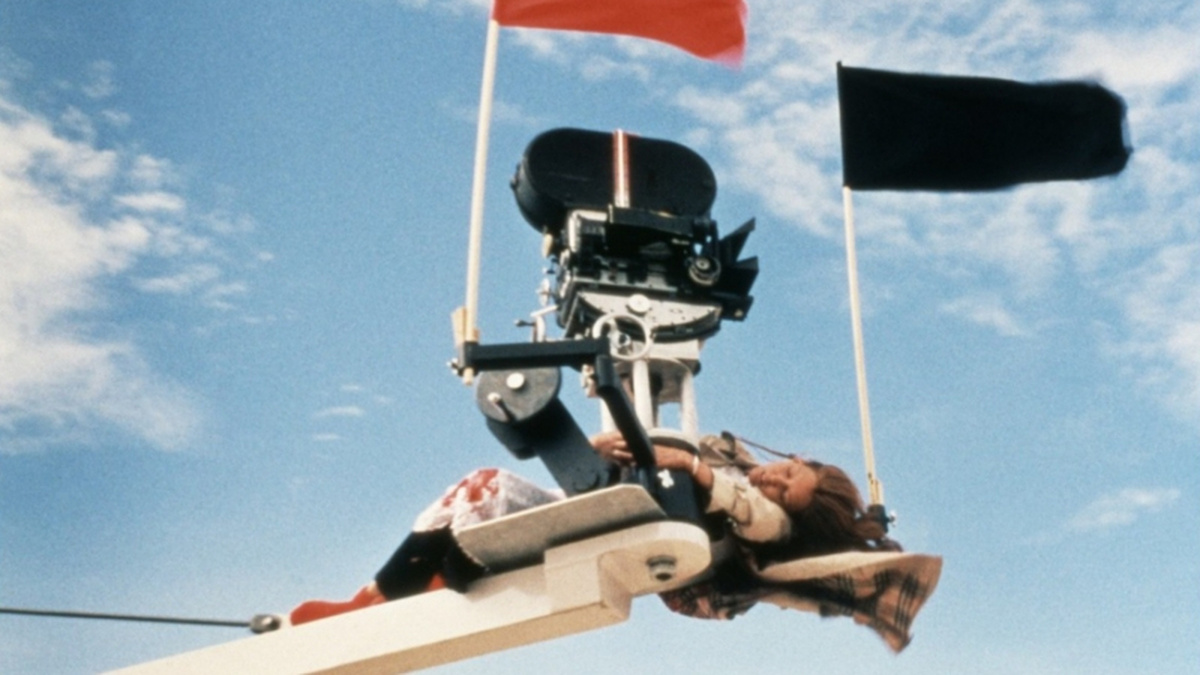 RFN68 One + One (Sympathy for the Devil)

Composing the film's main narrative thread are several long, uninterrupted shots of The Rolling Stones in London's Olympic Sound Studios, recording and re-recording various parts to "Sympathy for the Devil."

Interwoven are outdoor shots of Black Panthers in a junkyard as they read from revolutionary texts (including Amiri Baraka) and toss their rifles to each other, as if in an assembly line, or readying for an impending battle. A group of white women, apparently kidnapped and dressed in white, are shot, off-camera; their bloody bodies seen in various tableaus throughout the film.

The film also contains a political message in the form of a voiceover about Marxism, and the need for revolution. One recurring sequence involves a camera crew following Eve Democracy, and no matter what she's asked, always answers "yes" or "no".

At least one quarter of the film is devoted to a bookstore that sells such diverse items as Marvel's Doctor Strange, DC's The Atom, and The Flash comic books, Nazi pamphlets for propaganda, and various men's magazines. Consumers casually enter the bookstore, approach a bookshelf, pick up books or magazines, exchange them for a sheet of paper, and then slap the faces of two Maoist hostages. After exchanging their purchases and receiving their document, each customer raises his/her right arm in a Nazi salute, and leaves the store.

Mimicking the earlier sequence of Eve Democracy is the last scene to the movie where the camera crew mills about on a beach. A large camera crane is positioned on the beach and another woman in white is laid down upon the end of the crane and elevated along with a motion picture camera on the platform until she is well above the beach. She doesn't rise up but remains motionless, half-hanging off the crane, one leg dangling.