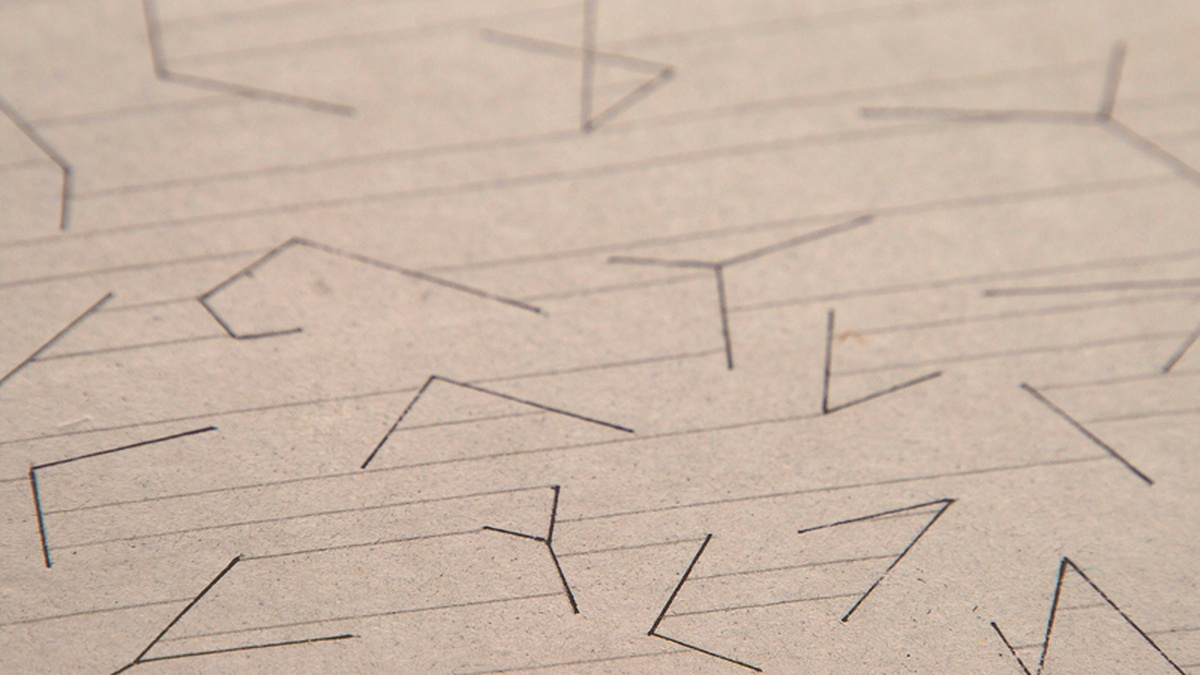 Ross Hamilton Frew’s practice utilises a series of frameworks derived from the golden canons of page construction and graphic design grid-systems. These act as the starting point throughout his practice and the repetitive nature of this method allows for the exploration of the basic concepts of line, shape, form and pattern.

For Intermedia, Frew will present a series of drawings and compositions produced on a hand made paper stock which was developed during a research project at Northumbria University’s Paper Studio Northumbria. By exploring various methods of paper production Frew has produced a material which intervenes in his usual method of drawing, thus allowing the paper itself to dictate what adorns its surface. The normally static frameworks are spin cycled through a man made process creating a tension between what appears made by hand and made by machine. The straight lines of the drawings reference the printed matter that hold influence within Frew’s practice, yet the inevitability of human error and the unpredictability of a hand made process give the drawing no other option than to forgo any ideas of perfection. With this removed the emphasis is solely aimed towards creating new experimentation in contemporary drawing.