Let Me Show You Some Things 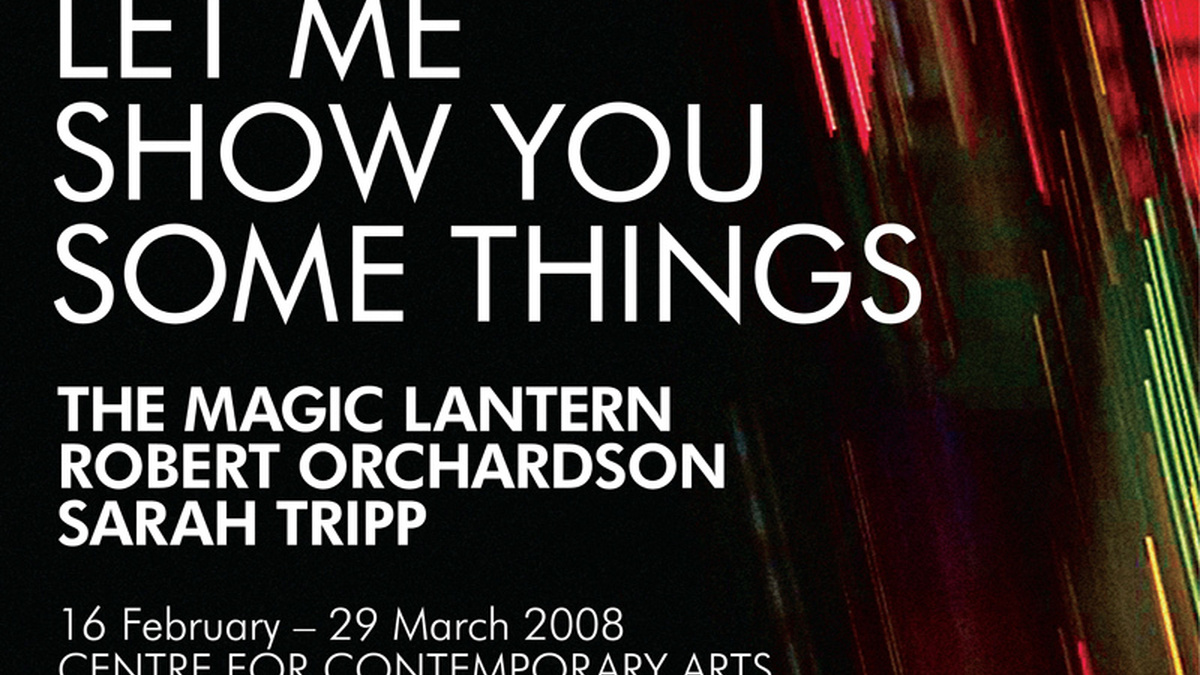 Sarah Tripp, The Magic Lantern, Robert Orchardson: Let Me Show You Some Things

Was a screening series in Glasgow which ran from 2006 - 2010, created by Rosie Crerar and Penelope Bartlett. The series persented local and international short films, and was the fore-runners to Glasgow Short Film Festival

Sarah Tripp is a writer, video artist, and academic, with her narrative work often taking more than one form; of publication, film, performance, or radio broadcast. She draws from psychoanalysis and literature, with the status of strangers, gestures of resistance and moods being themes which re-occur in her work. Video work by the artist was included in this exhibition.

Born Glasgow, 1976. Orchardson produces, sculpture, print, and installation. Often drawing from architecture and film to create immersive environments. His part in this exhibition consisted of a series of sculptures, serving as furniture and architectural interventions into the gallery space.