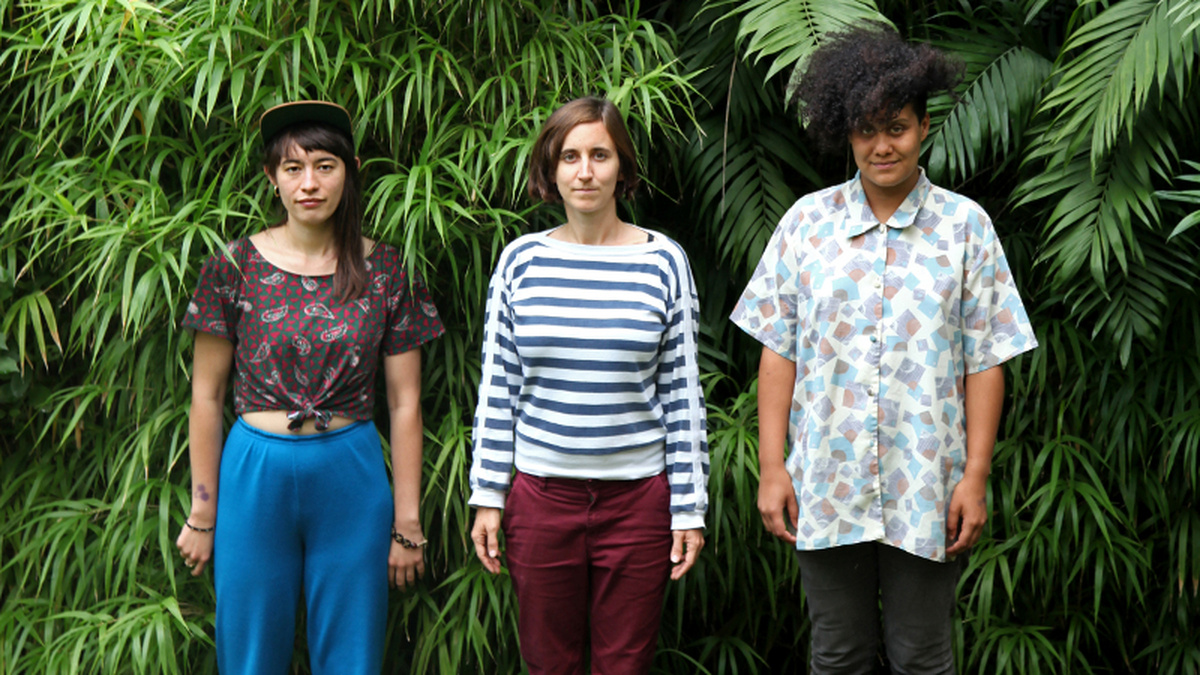 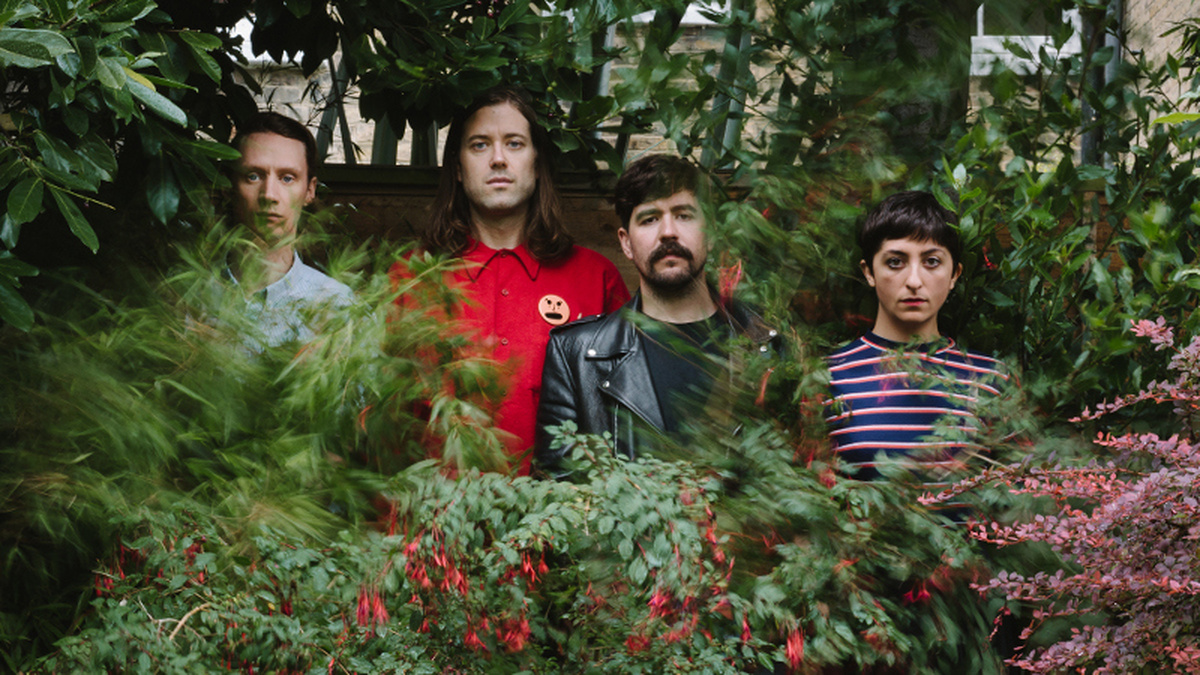 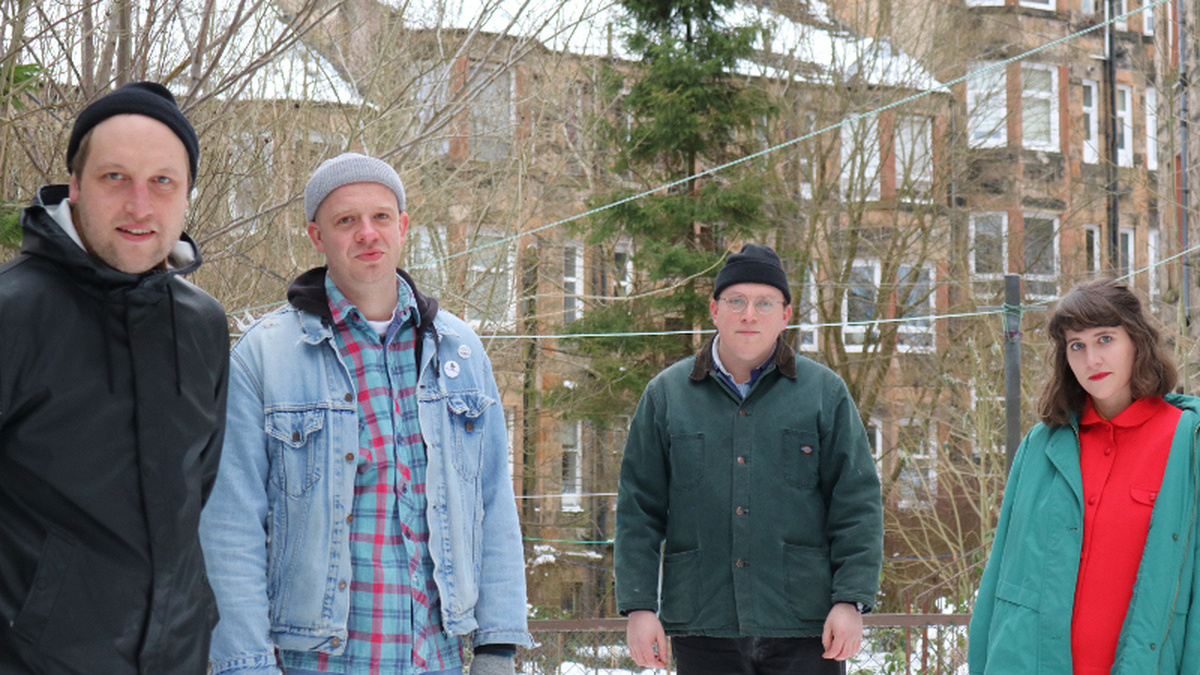 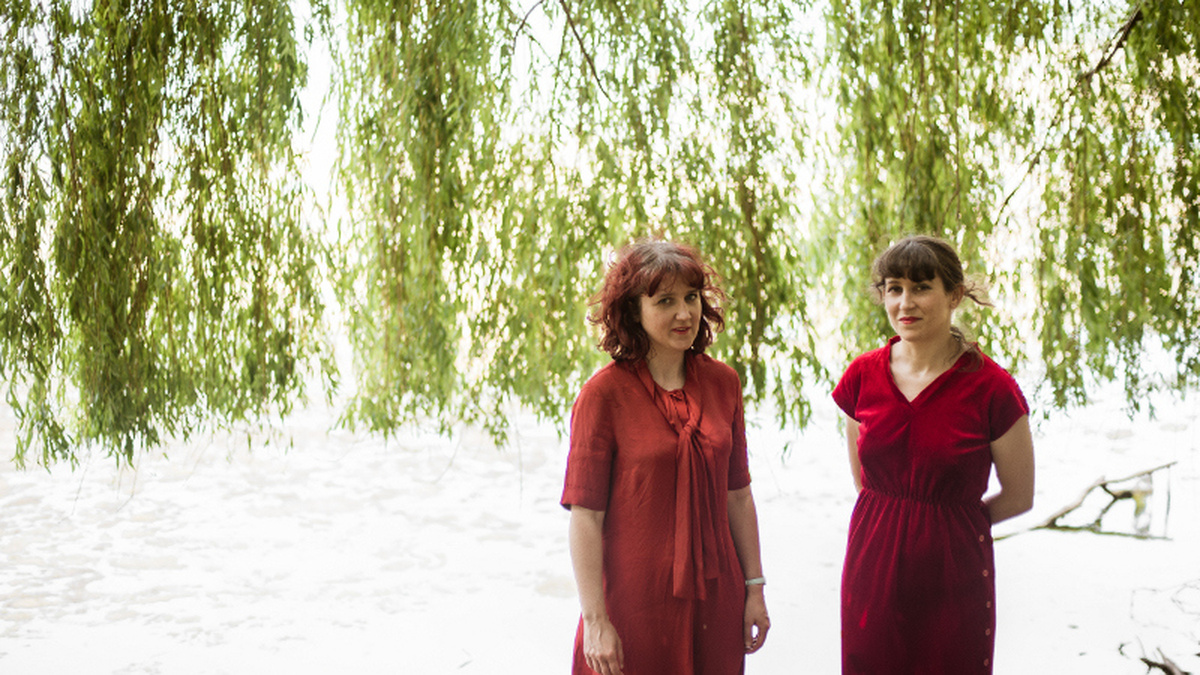 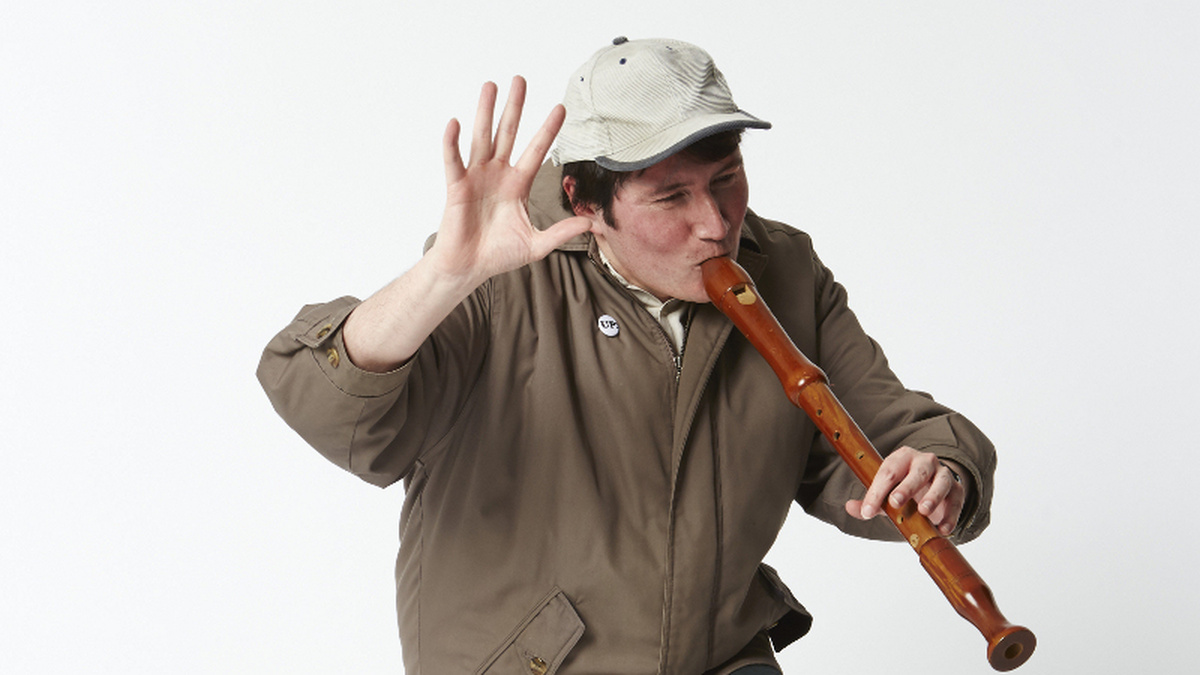 Saramago is exceptionally happy to present, in conjunction with Upset the Rhythm:

And DJ sets from Normil Hawaiians

Trash Kit are Rachel Aggs, Rachel Horwood and Gill Partington. They have a wild feel for melody, writing songs that pull at the reins with a spontaneous charm. Formed in 2009 by the two Rachels and original bassist, Ros Murray, they've since become the glowing core of London's DIY underground. Their music is primal yet thoughtful, affirming yet sincere, drawing on the potential of post-punk and the naturalism of an internal folk music. Although Trash Kit have their forebears in bands like X-Ray Spex, The Ex and The Raincoats, their sound is very much their own take on facing forwards. Galloping polyrhythms, overlapping sung-spoke lyrics and entwining guitars are all drawn together into a taut unity, sounding wilfully alive. Both Rachels tangle their vocals with each other whilst expressive drumbeats and restless guitar flurries provide the rhythmic drive. Aggs' guitar playing is as much informed by African fingerstyle patterns as the percussive attitude of various no wave shredders. Horwood approaches her drumkit with an untamable freedom, pushing it into the realm of a vivid lead instrument. Trash Kit's music is full of pauses, woven silence and punctuation too, and this is where the resonant, soulful bass finds a perfect home.

Sauna Youth are an evolving band of future humans making truly irregular punk, not quite comparable to anything else. Weird is a meaningless platitude and "art punk" is a classifier that shouldn't be required. Consisting of Boon (drums, vocals), Pines (guitar), Ecke (vocals, sampler) and Mince (bass), Sauna Youth are a punk band that's happy to embrace all of the contradictions that go along with that notion. On paper, Sauna Youth sound considered - live, they can barely be contained. They are at times furious, unstoppable and severe, with the sampler wailing like an alarm coming from a parallel universe - then chugging, poppy, harmonious and fun. Forever loud. As Kurt Cobain once asked "Why can't we be both Black Sabbath and The Beatles?" Sauna Youth consistently pose the question, "Why can't we be both The Ramones and Steve Reich?" Having formed in Brighton in 2009, the band then moved to London in 2011, shifting its line up to its current constellation. As well as performing as Sauna Youth, all four members also make up the band Monotony, swapping their roles around in the group. They did two sessions over two days as both bands for Marc Riley on BBC 6 Music, and both bands were invited to play DRILL Festival by Wire. As well as playing in Monotony, members of Sauna Youth are also in Tense Men, Primitive Parts, Feature and Cold Pumas.

Vital Idles - a conglomerate of art outsiders and aesthetes are primitive, whimsically brutal. Sculpting a skeleton from a body already lean, there's a thrilling minimalism that runs through every beat and strum, a sparseness that feeds Jessica Higgins's surreal, oblique vocal delivery all the nourishment it needs. Playing their first shows in Glasgow in 2015 during a summer that never threatened to show up, Vital Idles' origins are closely tied with a tireless underground culture, a culture that informs the band's refusal to take it easy. Matthew Walkerdine, Nick Lynch and Higgins are responsible for Glasgow DIY publishing institution Good Press - an independent volunteer-staffed zine and art book shop - while Guitarist Ruari MacLean's pedigree stretches back to breakneck-indie-pop group Golden Grrrls and the Rose McDowall band. Following two self-released demos and a sold out debut 7", Vital Idles arrive on Upset The Rhythm with 'Left Hand', a bare manifesto layered with meaning and non-meaning. The group can conceivably be called artists, or Artists, but in approaching their debut album Vital Idles have stripped away all extraneous ornamentation to sculpt an incredibly life-like, vibrant pop music completely detourned and re-thought.

Rattle is an ongoing musical project concerned with experiments in rhythm, metre and tension. The Nottingham duo with just drums and occasional vocalisations weave an expanse of percussive vortices. Their songs swirl and envelop with all the physicality and drama of another world pulling together around its own shifting centre of gravity. The drum beats phase and sidestep, they trade accents and overlap, providing a suitably alive terrain for the vocals to explore similar tendencies of pattern. Rattle's debut album was released in 2016 through Upset The Rhythm / I Own You and was greeted with much critical praise, this often singled out their hypnotic minimalism and ecstatic regard for the dance floor. The following six months saw Rattle support Animal Collective on their UK tour before heading out around Europe with The Julie Ruin. Rattle used these opportunities to try out new material and unconsciously began writing their next album. Brown recalls that "hearing our drums in these larger venues, with amazing sound, made us excited about how beautiful and magic the drums sounded, we were quite spellbound by how they were able to fill a venue so completely." The duo formed quite by accident in Nottingham in 2011, where K and T knew each other from playing in other local bands. K was a guitarist who had recently started playing drums in the band Kogumaza and T is the enthralling drummer from Fists. They originally met up to skill swap guitars and drums but soon enough they found they were having more fun with a double drum set-up and started making the sound of their first song 'Boom', which became a blueprint for their new band's sound. As K explains; "It seemed obvious right from the start that nothing else was going to be required in terms of instruments." They wanted to find a band name that was onomatopoeic and Rattle fit perfectly. Their set-up remained roughly the same as from that very first rehearsal. The minimal framework meant that they had to use their imagination and think of different ways to create new songs using the same simple ingredients. They honed their sound live, with the drums set up facing each other which allowed a dramatic interplay between the players, lending a theatrical element to their performances.

Robert Sotelo is the nom de plume of Andrew Doig, a thirty-six year old serial musician originally from Peterborough. Andrew's middle name is Robert, whilst Sotelo is his mother's maiden name. Using this alter ego he's been able to write and record the twelve songs that make up his debut solo record 'Cusp' (released through Upset The Rhythm). Sotelo plays every instrument on the album and recorded and edited it with long term friend John Hannon throughout 2016 at No Studios in Rayleigh, Essex. Sotelo's verdant world of sound is at once intimate, choosing to build songs up from ambitious layers of instrumentation into miniature psych pop overtures of genuine sincerity of feeling. Very much grounded in that particular forward-facing strain of mid-60s rock that edged towards Sgt Pepper, Sotelo's music owes as much to Davies and McCartney's unashamed belief in melody as it does to the uncertainty and confusion that comes with mid-thirties existentialism.