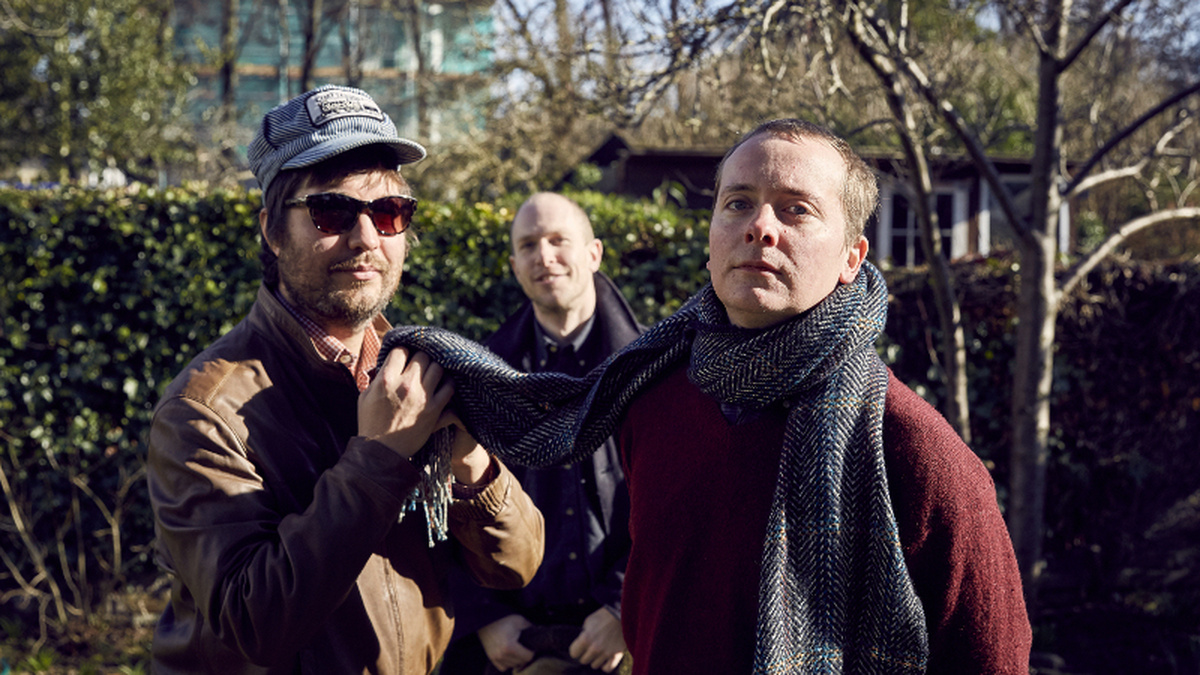 The Wave Pictures return with the promised second album of the year, Look Inside Your Heart - a warm, joyous record celebrating friendship, happiness and drunken party times. Like the first album they released this year, the more contemplative Brushes With Happiness, this one was recorded late at night whilst inebriated back at the tiny Booze Cube Studio in Stoke Newington, live to reel-to-reel tape with no computers of any kind.

The album is peppered with giggles and chatter, which adds a sense of spontaneity and place. As singer and guitarist Dave Tattersall explains: ”Look Inside Your Heart is intended as a rallying cry in the war against the machines; while a computer may have beaten world-champion human being Lee Sedol at Go, a machine could never have made music as joyful, spontaneous, happy, poetic, broken and rambunctious as this. Look Inside Your Heart is a bullet in the face of all pop-poseurs and robot wannabes, a die-hard continuation of the vulnerable rebel tradition of rock and roll music, a vibrant work of outsider art and a masterpiece of electric folk.”

Twenty years after forming in Wymeswold, Leicestershire as teenagers, The Wave Pictures have gone on to be one of the UK’s most prolific and beloved bands. Fond of classic rock, jazz and blues, they are also one of the most accomplished, with Tattersall’s guitar solos becoming the stuff of legend. They have collaborated with varying bright stars of the musical firmament, such as last year’s rock’n’roll surf-garage-rock project with Charles Watson from Slow Club, as new band The Surfing Magazines, or their ongoing partnership with ex-Herman Dune member Stanley Brinks, or the very close partnership with Billy Childish for 2015’s Great Big Flamingo Burning Moon.

They first experimented with recording an album all in one go, straight to tape with 2016’s acoustic A Season In Hull. They took the concept further with Brushes With Happiness, making sure that it was a magical album that was completely improvised, with no songs written in advance echoing the jazz and blues recordings that they
admire.

For Look Inside Your Heart, they tap in to a rich and varied musical palette, with opening track “Roosevelt Skyes” named as a tribute to the great piano bluesman, an African pop party in the vein of The Four Brothers and The Bhundu Boys. Whilst “House By The Beach” is a love song intended for the young Elvis Presley to cover in an alternate universe, with a familiar 50’s call and response chorus. “Shelly” features guest vocals from Holly Holden from Holly Holden y Su Banda, which is a love song in the laid back style of early 70s Grateful Dead. “Dodge City Blues” uses the words from a beatnik prose poem from the mind of Sam James, as Tattersall explains; “the greatest singer-songwriter in New York City, a mysteriously neglected individual possessed of free flowing genius.”

Further wearing their influences on their sleeves but giving them a very distinctive Wave Pictures spin, “Hazy Moon” sounds like Exile on Main Street era Rolling Stones with Tom Verlaine on Lead Vocals, whereas “Close Your Eyes Mike” recalls Highway 61 Revisited era Bob Dylan with Nigel Blackwell from Half Man Half Biscuit on
lead vocals and “Tell Me That You Weren’t Alone” sounds like Astral Weeks era Van Morrision as re-recorded by Jonathan Richman and The Modern Lovers.