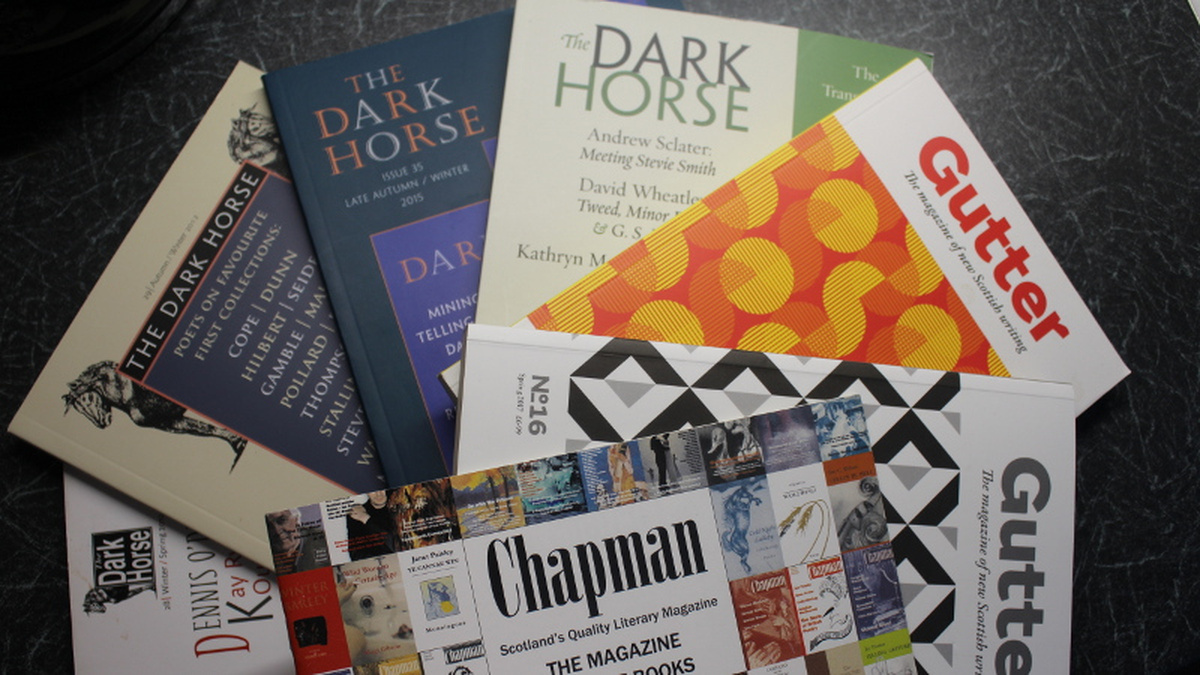 Join three Goliaths of Scottish periodical publishing to discuss the work of creating and sustaining a publication and how that interacts with their own writing.

Gerry Cambridge is the founder-editor of the internationally regarded poetry journal The Dark Horse, and is also known as a print designer with a particular interest in typography. He is a former Advisory Fellow and Consultant Fellow for the Royal Literary Fund and freelances as a sub-editor and fact-checker for the Fund's weekly online essay feature, Collected.

After years editing Chapman, Scotland's quality literary magazine, Joy Hendry is now focussing on her own writing, mainly poetry in English and Scots. She has at last broken into poetry book publishing in her own 'write' with Bearings I, the first publication from The Poets' Republic Press, along with Katy Ewing. Joy continues to explore many issues opened up in Chapman: Scotland, the relationship between its beautiful and varied landscape and the people living there, the delicate balance between nature, culture, history and language.

Henry Bell is a writer and editor based in Glasgow. He works across poetry, theatre, and non-fiction, and is the editor of Gutter Magazine, Scotland’s magazine of new writing. His first book John Maclean: Hero of Red Clydeside was published by Pluto Press and was widely praised by the likes of Nicola Sturgeon and Jackie Kay, who called it ‘beautifully structured and brilliantly written’.