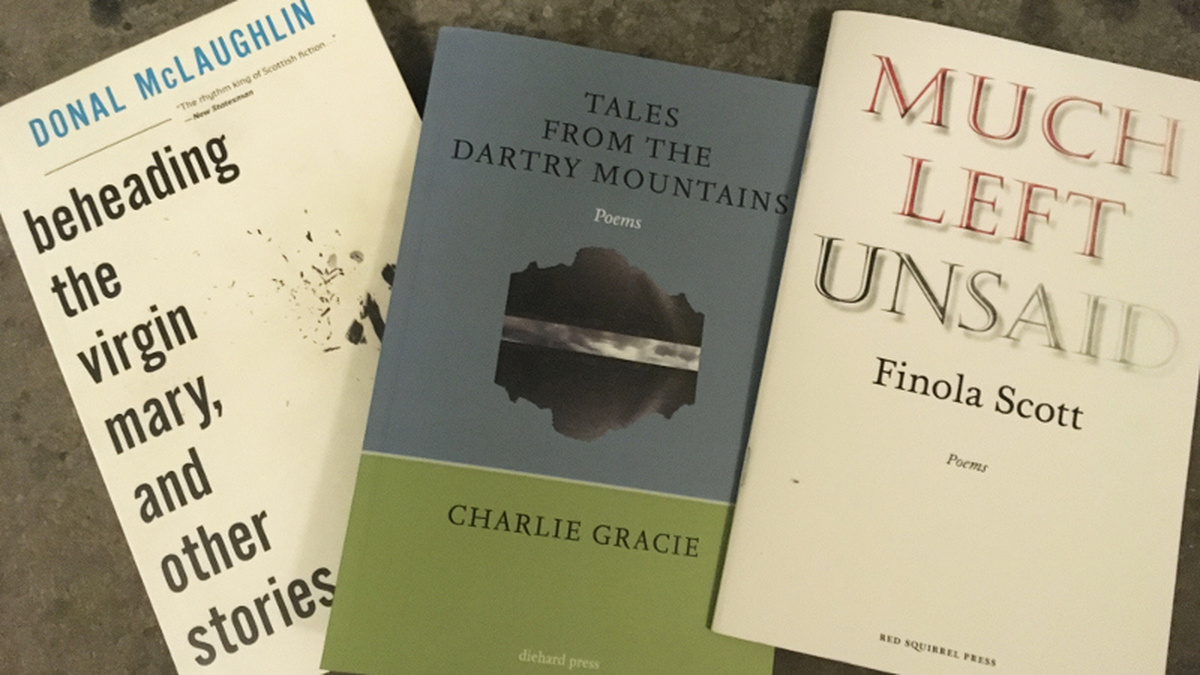 Finola Scott’s poems can be found on posters, postcards and tapestries. Her work has been anthologised in many publications. She was commissioned by StAnza International Poetry Festival for inclusion in a multimedia installation issued as a postcard in 2019. Russell Jones says of her: a bold new voice, full of grit and reality. AC Clarke comments that a strong sense of being alive pervades this collection.

The recipient of multiple awards, Donal McLaughlin has published two short story collections: an allergic reaction to national anthems & other stories (2009) and beheading the virgin mary & other stories (2014). naw much of a talker by Pedro Lenz (Freight Books, 2013) was his first book-length dialect translation. Colum McCann says of Donal’s work: "I feel like I have stepped into a secret, although I’m not entirely sure what secrets I should know or not know."

Charlie Gracie is a poet and novelist. His first novel, To Live With What You Are, was published in 2019 by Postbox Press. Diehard Press publish both his poetry collections: Good Morning (2010) and the new Tales from the Dartry Mountains. His work has appeared in anthologies and journals over many years, with some listed for literary prizes. Des Dillon describes his latest work as a masterful, honest and melancholy collection.

Red Squirrel Press is an independent publisher based in Northumberland. It was founded in April 2006 by Sheila Wakefield and has published over 200 titles to date, including full collections and pamphlets of poetry, with many more in production.