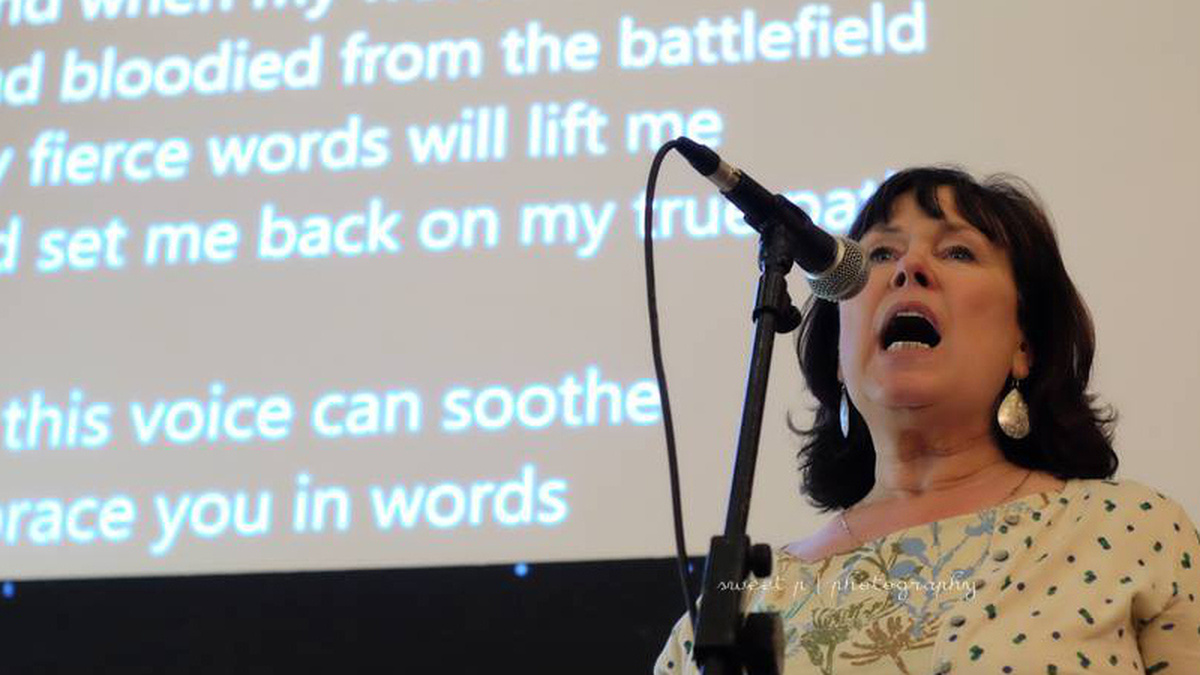 Women with Fierce Words is an inclusive collective of established women writers, speaking their truth, their way. They write about what affects them and their world.

Since their debut at the 2016 Edinburgh Fringe, Women with Fierce Words' sellout anthology has been shared on BBC Radio Scotland and Pulse Radio. They opened Spoken Word at Hidden Door Festival 2018 with their multi-media show, appeared at Electric Field, Falkirk Storytelling weekend, World Community Arts Day and performed their poetry on radio for International Women's Day. Their workshops take them into communities, and they recently supported the Faculty of Arts and Humanities Postgraduate Conference at the University of Stirling.

Rose Ann Fraser Ritchie has been included in anthologies for Blind Poetics, Women with Fierce Words, Craigmillar Poets and an anthology on the theme of hardship, 'Listen Softly London Luminous Defiant'. Rose has volunteered in community writing for many years after joining Inky Fingers Edinburgh in 2010, and is currently a Director at the Scottish Writers' Centre, Glasgow and a Federation of Writers (Scotland) committee member.

Nancy Lippold-Ingram is an artist who works across film, television, radio, theatre and performance poetry. She works with multiple mediums to present work and is inspired by current events, ecology and observation of human interaction with society. She has performed regularly on both sides of the Atlantic and is currently based in the UK.

Janet Crawford's film-poem Beacon was included in the New York-based magazine ‘Anti Heroin Chic’. Her debut stage-play ‘A Cup o' Kindness’ was shown during 2018’s Scottish Mental Health Arts Festival and she has performed with Loud Poets, Poetry @ Inn Deep, and at Scottish International Storytelling Festival. She is a Federation of Writers (Scotland) committee member, and programs for Falkirk Storytelling Festival. Recent publications include Razur Cuts VII, Glasgow Justice/Just Is and the upcoming celebration of James Watt, Horsepower.

Juliette Lee is former chemical engineer turned coach and poet. Originally from Glasgow, her work is inspired by inner city life and the transformative power of Nature.

Gayle Smith has been performing spoken word throughout Scotland since 1993. She has been published in Mind The Time, The Best of 10Red, Breaking Silence and The Hampden Collection. Gayle is also a former host of Words and Music from 2006-2017 which she now co-hosts with Jen Hughes.

Carla Woodburn is a spoken word poet who has performed at venues across Scotland including festivals such as Belladrum and the Edinburgh Fringe Festival. She also hosts Express Yourself, a monthly spoken word event at the Project Cafe and on Sunny Govan radio. Carla has been published in two anthologies and is the poetry editor for The Scots Language Centre.