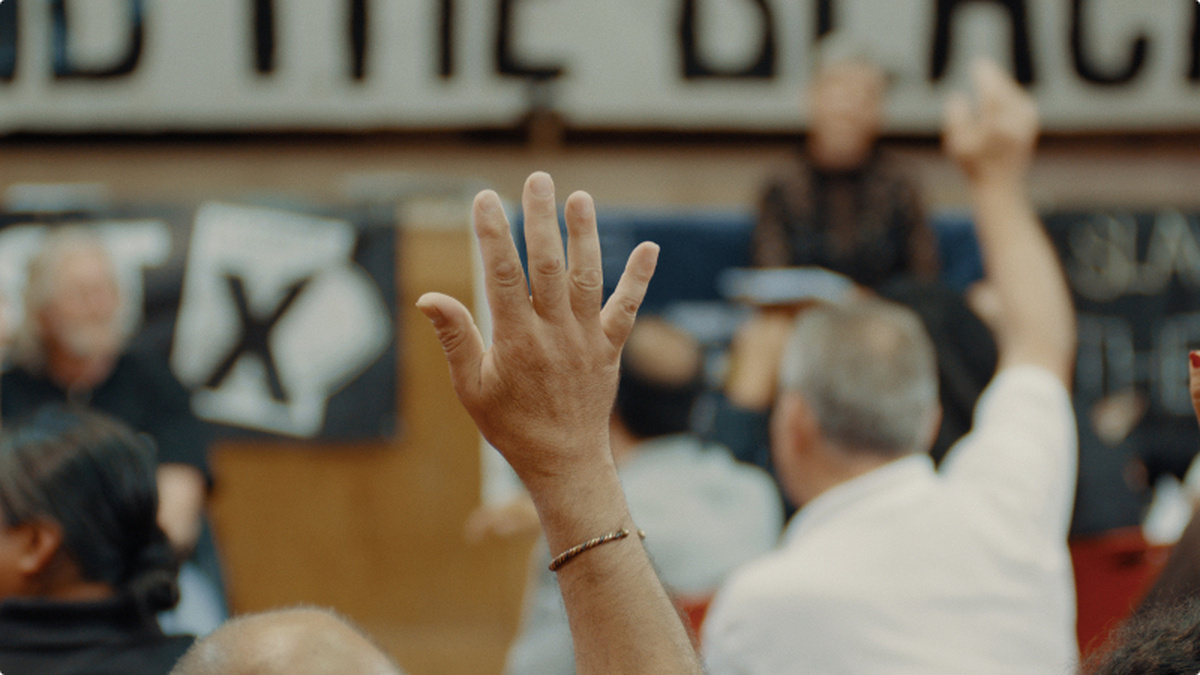 "Lucy Parker’s film is about a nasty, dirty, century-old little secret at the heart of the British state: industrial surveillance. It is about the Blacklist Support Group, formed 10 years ago when it was revealed that construction firms such as Balfour Beatty and Carillion had been submitting names of supposed troublemakers among the workforce (people who were sometimes doing nothing more than demanding back pay and union representation) to a central snoopers’ body they were bankrolling, blandly called the Consulting Association". ―Peter Bradshaw, The Guardian

Blacklisting in the UK construction industry impacted thousands of workers who were labelled 'troublemakers' for speaking out and secretively denied employment. Activists uncovered alarming links between workplace blacklisting and undercover policing.

Compiled from research and discussions spanning over 4 years, Lucy Parker's non-fiction film presents meetings between activists and law students, brought together for the film, revealing the determination of a community working together to find a route to justice.

Followed by a discussion with faculty members of GSA and GU UCU.