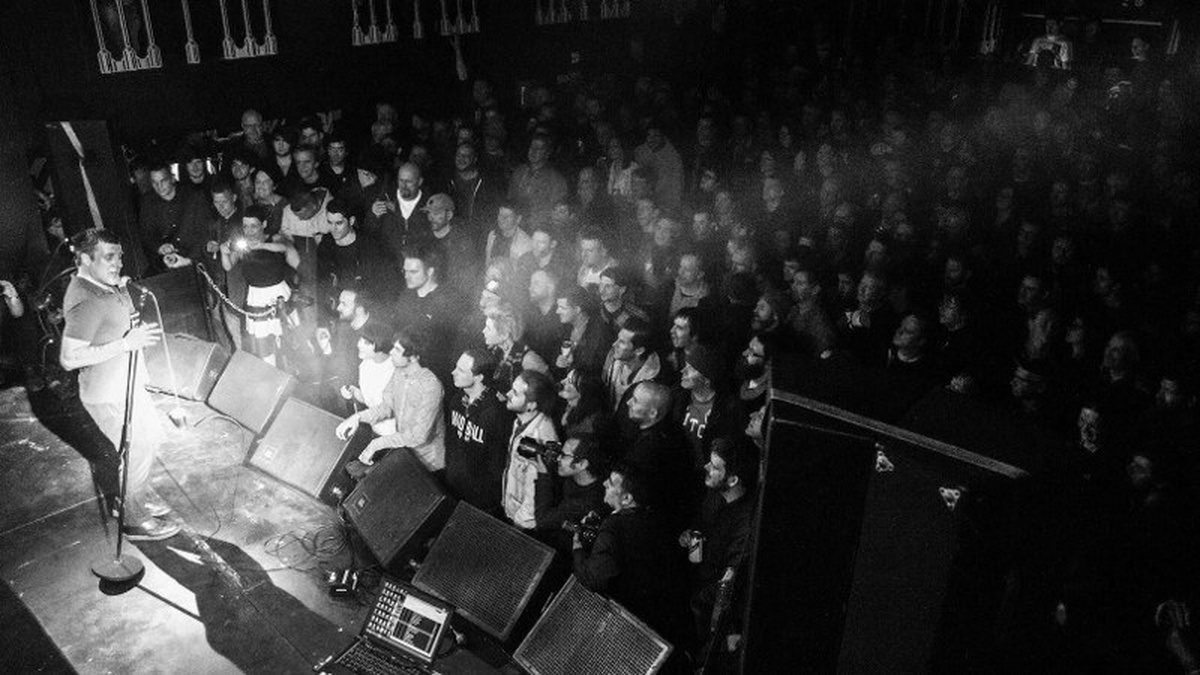 Sleaford Mods – Invisible Britain shows the most relevant and uncompromising British band in years sticking two fingers up to the zeitgeist and articulating the rage and desperation of those without a voice in austerity Britain. Part band doc, part look at the state of the nation, the film features individuals and communities attempting to find hope among the ruins, against a blistering soundtrack by Sleaford Mods.

The film has inspired a book, Invisible Britain: Portraits of Hope and Resilience, which reveals untold stories from people who have been left out of the media narrative and left behind by government policy. Featuring the work of accomplished documentary photographers, the book shows how an unprecedented world of austerity, de-industrialisation and social upheaval is affecting us all.

Following the screening there will be a Q&A with director/editor Paul Sng, photographers Gina Lundy, Kirsty Mackay & Margaret Mitchell, and Billy McMillan & Marie McCormack who feature in the book.