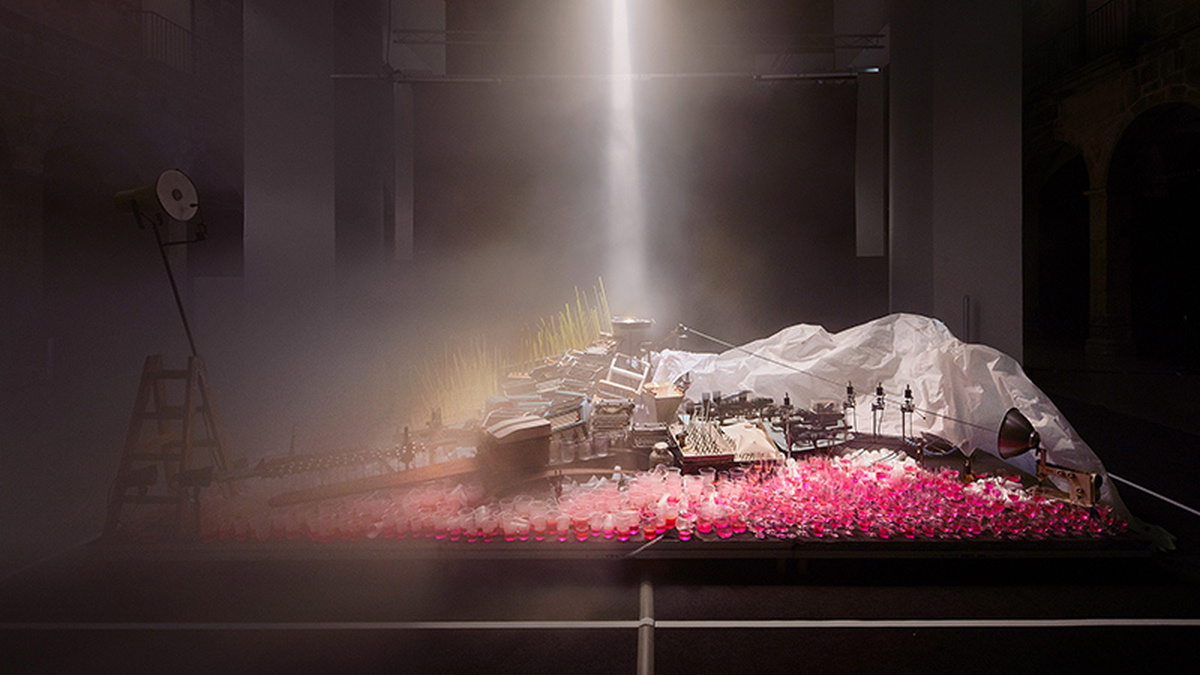 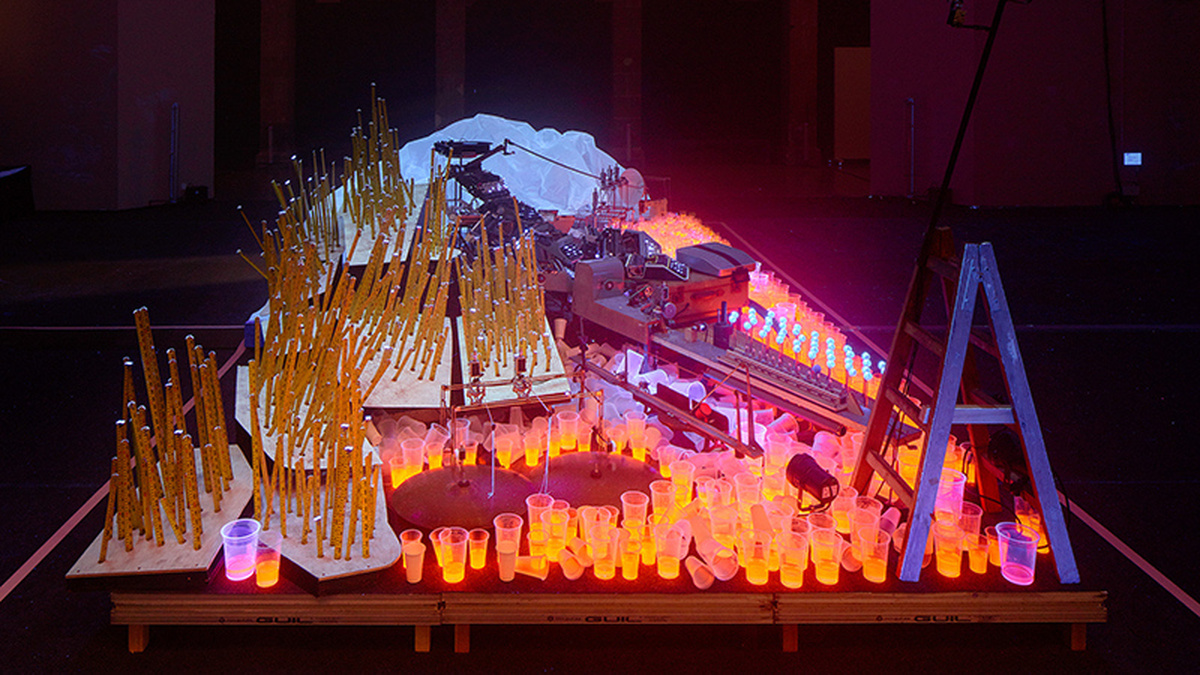 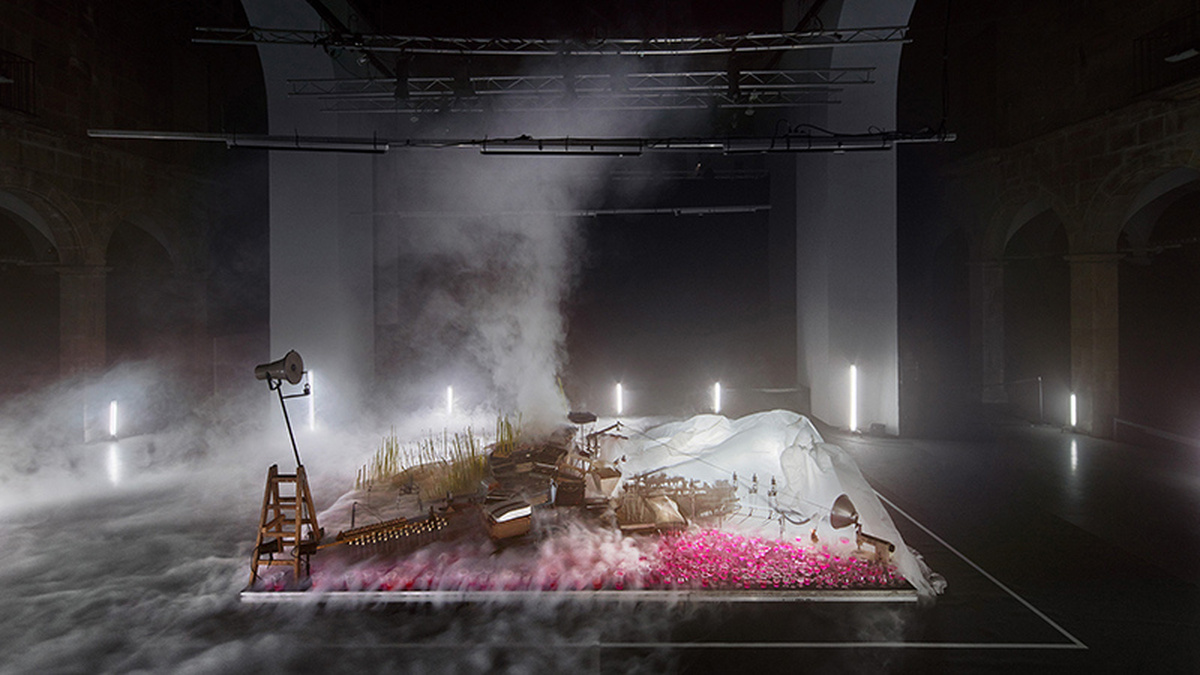 Barcelona-based sound artists cabosanroque play tribute to the great Catalan writer Joan Brossa in this kinetic response to his poetry and prose works.

Drawing on Brossa’s notion of a ‘performative machine’, cabosanroque have assembled something part model landscape, part vast jerry-rigged steampunk invention. Analogue machinery – a heap of typewriters, a thicket of steel tape-measures – and household objects are turned into instruments producing a thunderous percussive soundtrack, as if the miniaturised landscape is undergoing an industrial revolution.

White light blazes up through the jiggling, rattling instruments; a paper structure like a cloud inflates and glows with inner light. This machine’s purpose may remain ambiguous, but its effect is powerful and unforgettable.

Presented as part of Sonica Glasgow 2019