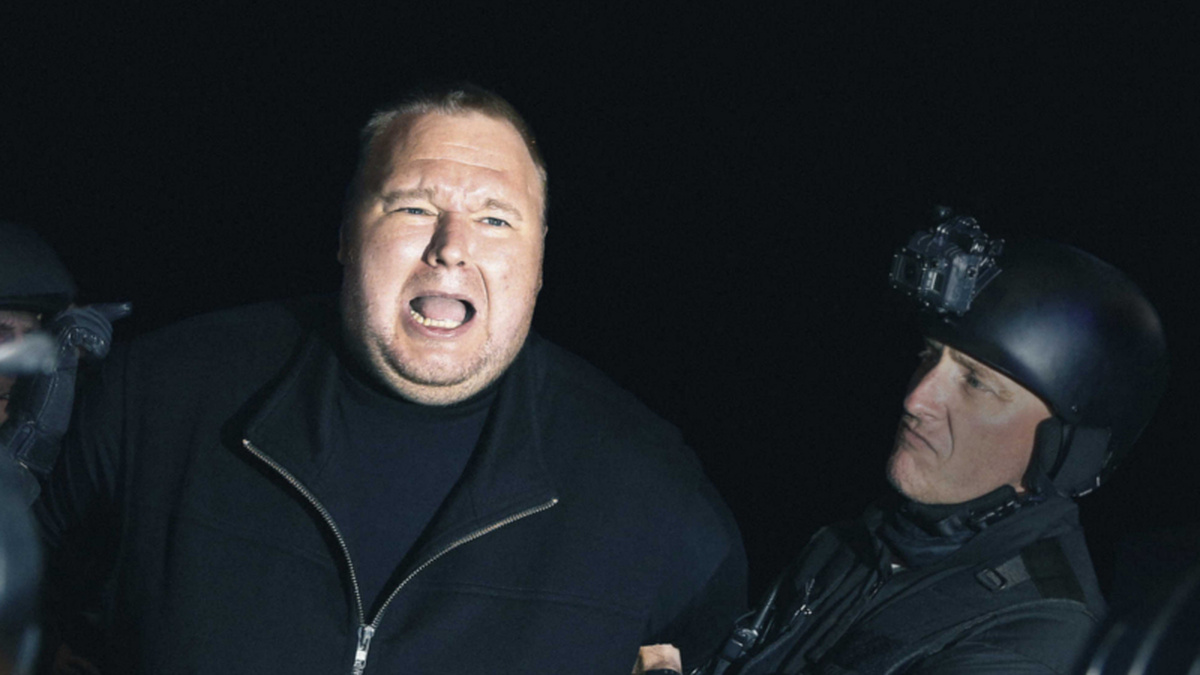 Kim Dotcom: Caught in the Web

Southern Exposure is an ongoing New Zealand cinema series: our aim is to explore and promote the best films from NZ.

Three years in the making, this film chronicles a spectacular moment in global history, and the truth about what happened. Tech entrepreneur and owner of the popular cloud service MegaUpload, Kim Dotcom arrived in New Zealand with his family in late 2010. Seeking the ‘quiet life’ in this tiny group of “clean and green” islands in the South Pacific, he rented the largest mansion he could find, throwing parties, raves, concerts – and gifting a $500,000 fireworks display to his chosen city of Auckland. And then he crashed. In January 2012, 70 heavily armed and helmeted New Zealand police stormed Dotcom’s mansion, at the FBI’s behest, arresting the man and his three “coders” or co-conspirators on a range of serious charges relating to alleged copyright infringement by MegaUpload. Now out on bail, Dotcom continues to make multiple waves, gathering around him an unexpected and contradictory group of bedfellows. Is he a bit-stream pirate or a folk hero? An underdog taking on the US superpower or a thief? A wealthy businessman or a freedom-loving anarchist? Most likely all these things at once.