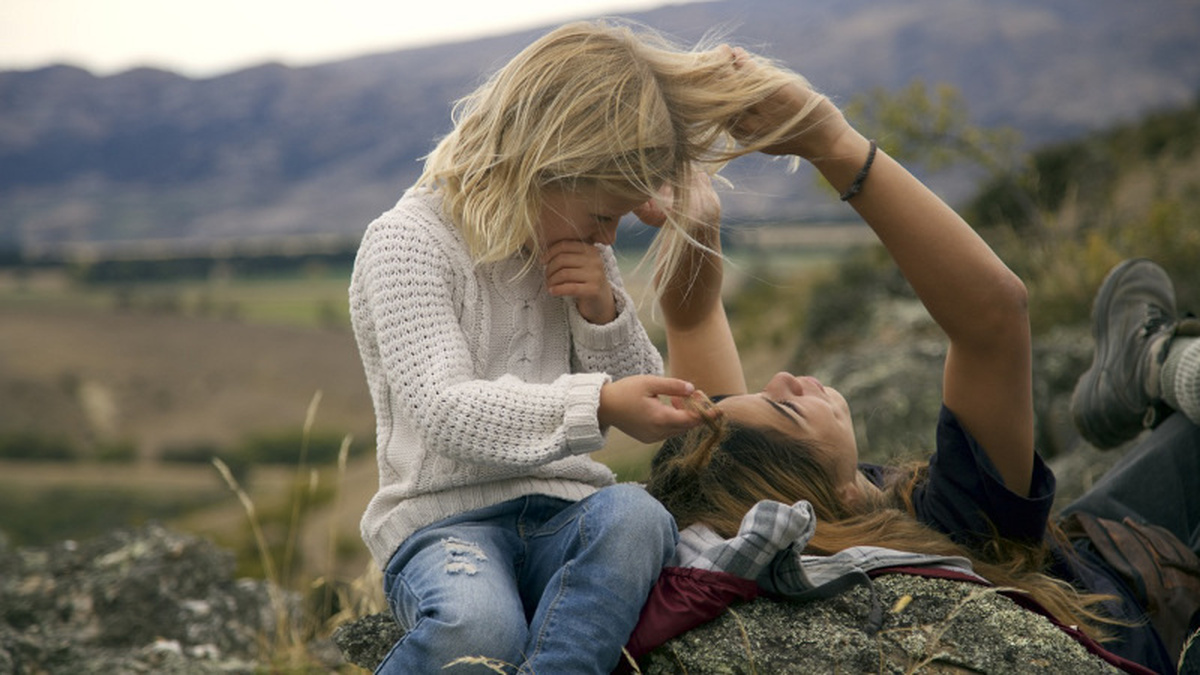 Rejected by her mother, teenage runaway Tia (Gloria Popata) hitches a ride on a remote Central Otago road towards her father. When the car crashes with fatal consequences, Tia finds she has nowhere to go.

Seeking out the family of the crash victim, Tia forms a bond with Will (David Elliot), the other crash survivor, who invites her home to stay on the farm he shares with his pregnant wife Donna (Chelsie Preston Crayford). When Donna’s bereaved six-year-old niece Lily (Georgia Spillane) also moves in, Tia finds a purpose in helping the girl come to terms with her father’s death.

But as Tia’s bonds with Will and Lily deepen, her presence threatens the family’s delicate balance. Against the stunning isolation of the Central Otago landscape, boundaries are blurred and relationships are tested as each character struggles to find a way to carry on.

The first feature film by prolific short film writer-director and award-winning actor Jackie van Beek, The Inland Road is an intimate story of strangers brought together in a crisis, beautifully exploring the unpredictable nature of human kindness.

Southern Exposure is an ongoing New Zealand cinema series, aiming to explore and promote the best films from NZ.