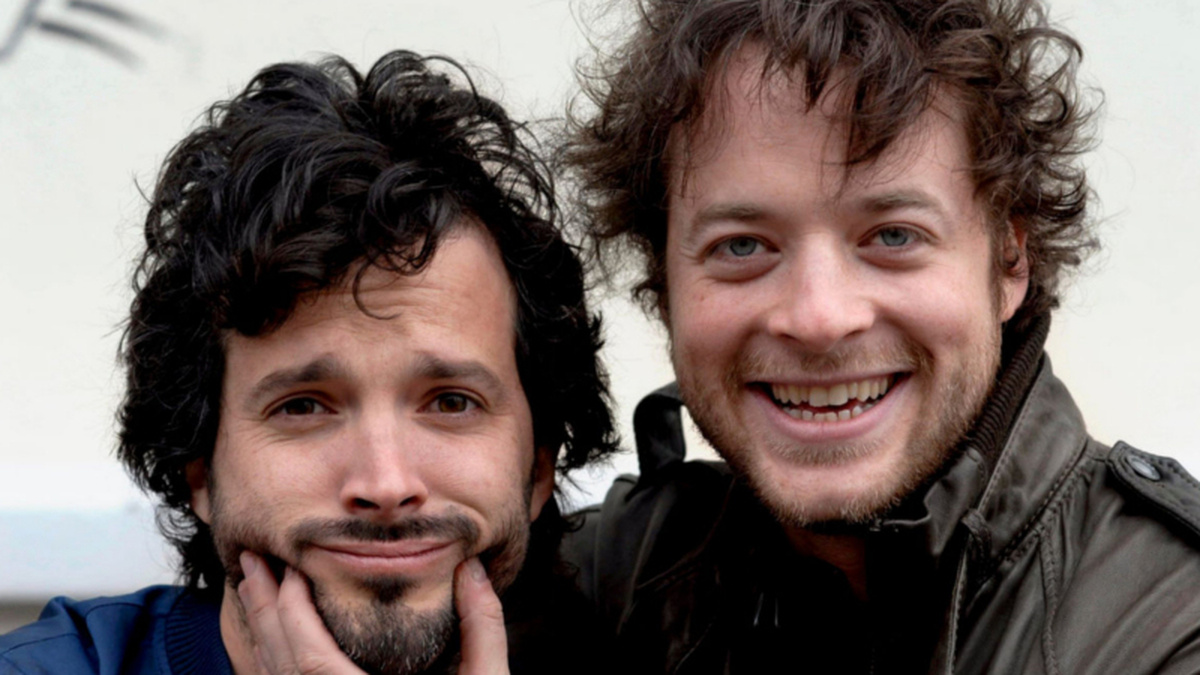 Set in Invercargill, New Zealand in the early 1990s, Two Little Boys follows Nige and his best mate Deano’s riotous misadventures as they struggle with their imploding long-term friendship which has been under pressure by an unfortunate accident involving a hot meat pie, a ginger cat, and the untimely death of a Scandinavian soccer star. Nige chucks the dead body in a nearby road works hole and runs to Deano for help. Trouble is Deano’s not really the guy you should turn to in a crisis…

Two Little Boys stars Bret McKenzie from New Zealand’s acclaimed Flight of the Conchords and Hamish Blake from Hamish and Andy. It is the second feature film from writing team Robert and Duncan Sarkies, following their debut feature Scarfies.