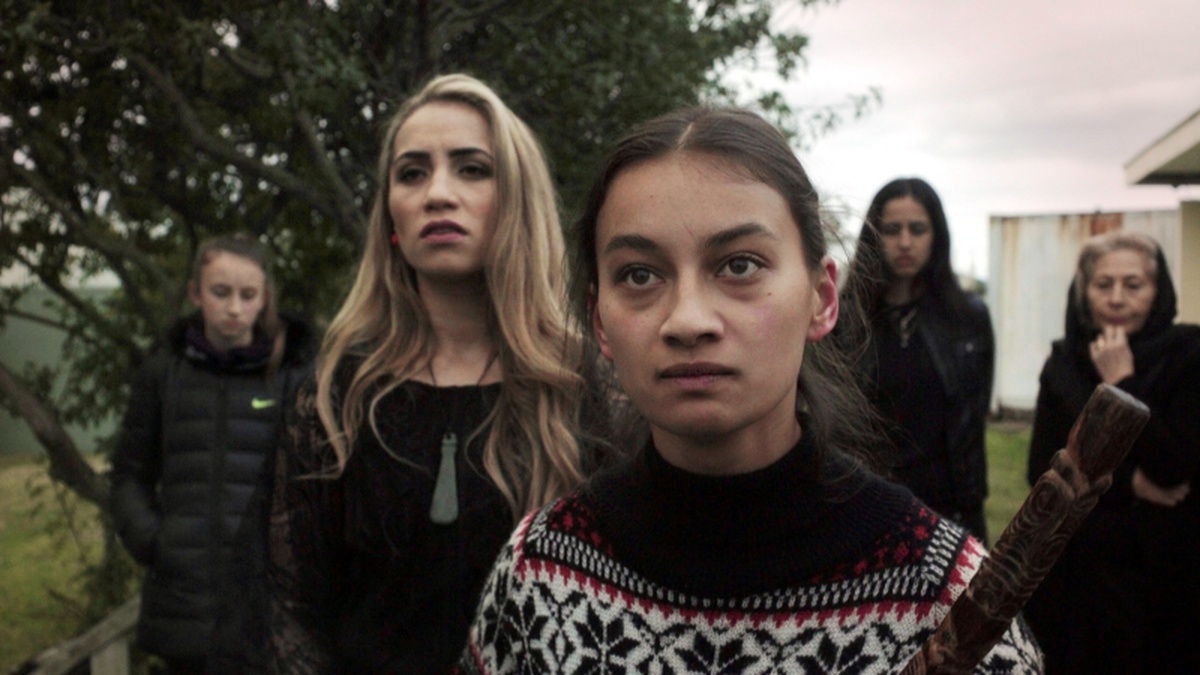 We regret this event has been cancelled. If you have booked tickets, you will receive a full refund.

Following the death of a child, eight Māori women are confronted by guilt, pride and defeat but will ultimately risk everything for the greater good of their community.

Eight female Māori directors have each contributed a ten minute vignette, presented as a continuous shot in real time, that unfolds around the tangi (funeral) of a small boy (Waru) who died at the hands of his caregiver. The vignettes are all subtly interlinked and each follow one of eight female Māori lead characters during the same moment in time as they come to terms with Waru's death and try to find a way forward in their community. In Māori, waru means eight.

Southern Exposure is a monthly series of screenings, exploring the best of classic and contemporary New Zealand cinema.