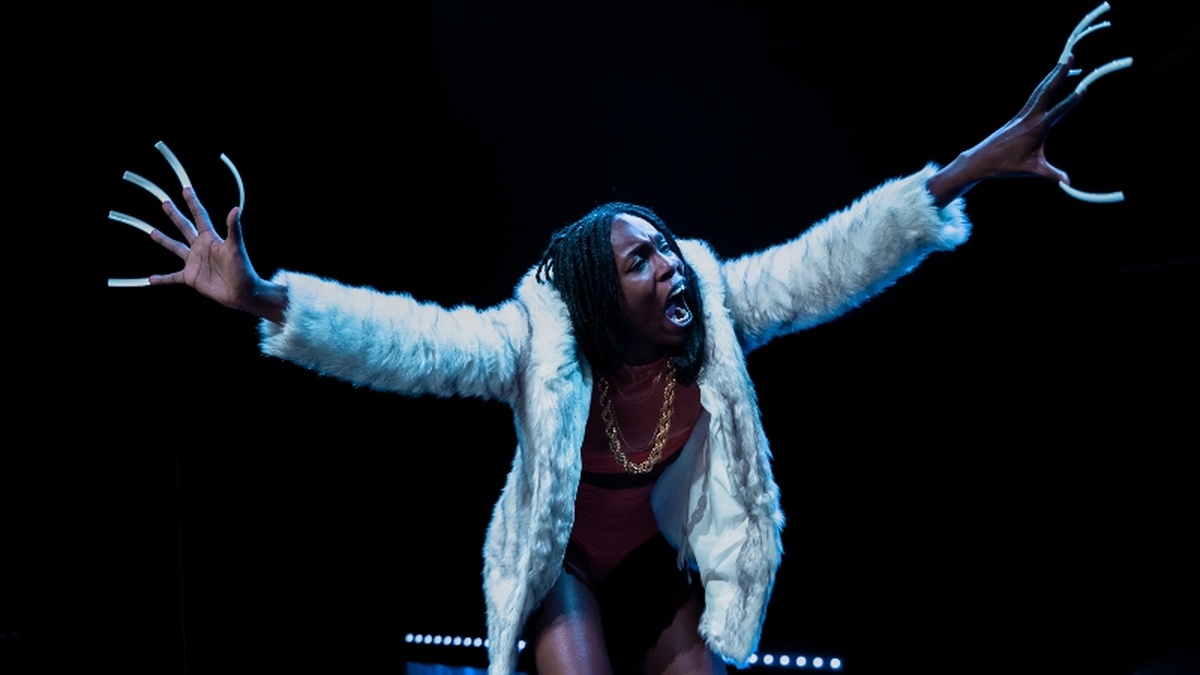 Jezebel is a dance production inspired by the Video Vixens: provocative female models who appeared in hip-hop videos on MTV in the late ’90s. The Vixens danced in revealing costumes to male-dominated music. But the influence they exercised could be great: often, the Vixens determined the aesthetic of these videos and so the popularity of the artist. They were hyper-sensual and lived by the Ride or Die stereotype, but at the same time were strong and independent.

Jezebel refuses to be defined by others. She navigates the hip-hop cultural landscape, looking for ways to claim her image for herself. Will Jezebel be able to deconstruct the controversial stereotype associated with the black hip-hop honey? How is this video girl redefining herself in 2019?

“Cherish Menzo is a rock-solid, captivating performer. In her solo Jezebel, premiered during the To Voice Festival at Frascati on 5 November, she revisits the video vixen, an ideal avatar to touch on very current and polemic debates such as new forms of feminism and misogyny in hip hop culture. A shorter version of the piece already earned her the Fringe Award 2019, and this polished premiere confirms: Menzo is a force to be reckoned with, not only as a dancer, but also as a brave maker of her own work.” - Movement Exposed

This performance is highly visual and contains minimal text which will be captioned. This work contains flashing lights and a stroboscope.

Part of Take Me Somewhere 2020