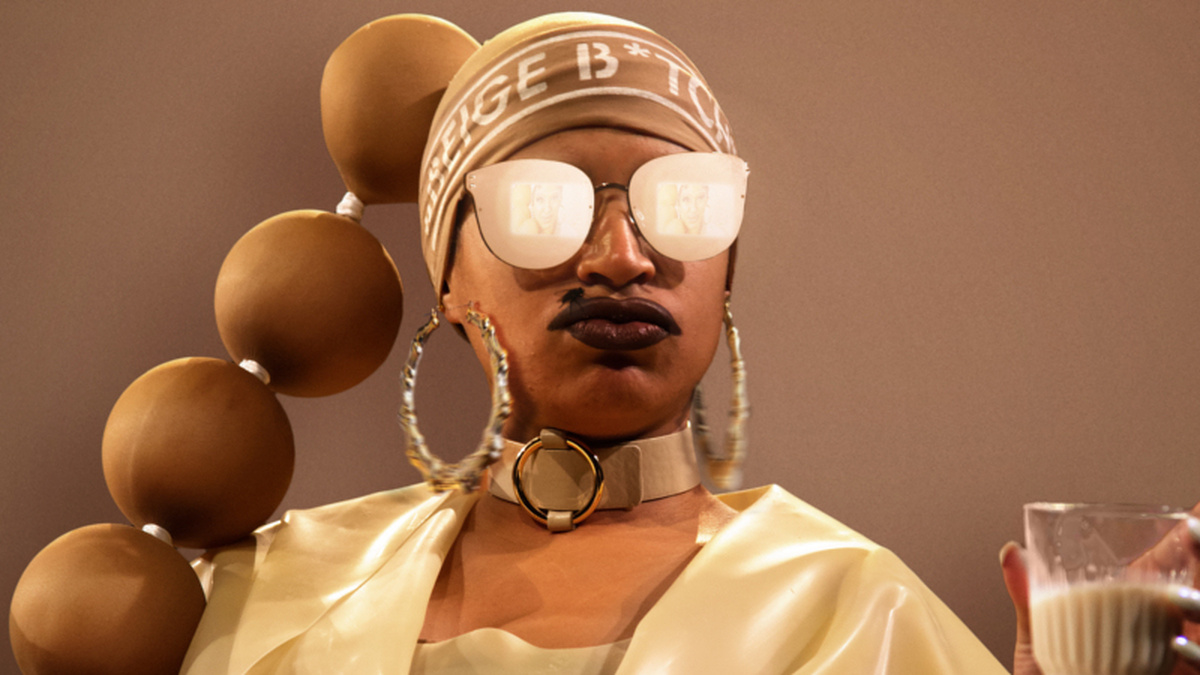 Invited into the luxurious world of self-made icon Beige B*tch, the audience take their seats and tune in as the latest audience of Beige Nation TV. Star and host, BB, scrolls through the saturated reality of their all beige everything world.

In a cultural blitzkrieg of artisan anecdotes, intimate interviews and bespoke adverts, Beige B *tch poses pointed questions about white accountability, Black Culture and what it means to belong.

Made and performed by Nima Séne, Beige B*tch makes its Scottish debut at Take Me Somewhere 2019.

Nima was the 2018 recipient of the FST Assistant Director Bursary for End of Eddy (Dir. Stewart Laing). They received the BANNER award (Arts Admin & LADA) in 16/17 for an early development of Beige B*tch.

Film excerpts made in collaboration with Daniel Hughes.

Take Me Somewhere after the show:
Wed 22 May: 9pm Cuckoo by Jaha Koo at Tramway
Thu 23 May: 9pm Cock Cock….Who’s There? By Samira Elagoz at The Art School

Part of Take Me Somewhere 2019