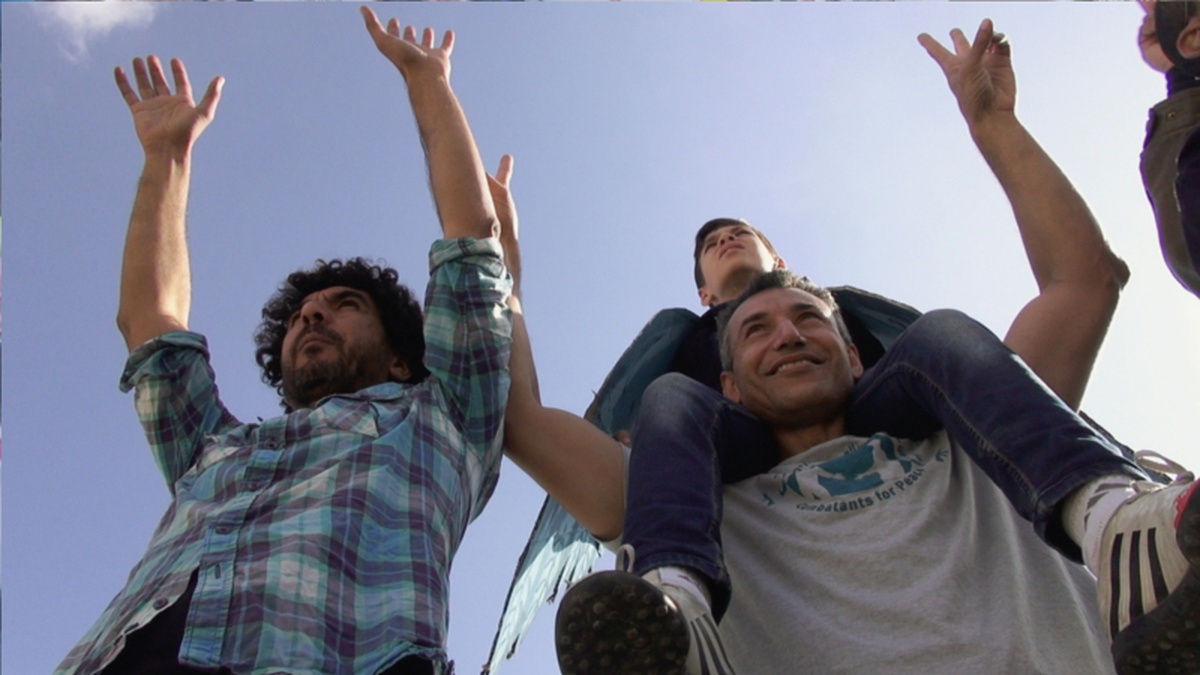 A carefully measured, compelling portrait of ex-enemy combatants coming together to embrace and advocate for a peaceful resolution to the Israel-Palestine conflict.

Trapped in a never-ending cycle of violence, these ex-IDF soldiers and ex-PLO fighters found the courage to move beyond entrenched hatred and distrust to set up Combatants for Peace – an organisation that gives voice to a growing desire among many Palestinians and Israelis to re-claim a space for civic engagement, rooted in dialogue.

At a time of increasing polarisation, this is one of the bravest, most powerful examples of ordinary citizens reaching out to one another across seemingly insurmountable barriers. It offers a clear-eyed, courageous message of hope in a context that has for too long been devoid of any.

BEYOND THE SCREEN
Join us after the film for inspiring conversations and opportunities for creative, effective personal action. We are delighted to be welcoming one of the film's directors, Stephen Apkon, to the screening, alongside Valerie Brown (Christian Aid).

Disturbing The Peace (2016) from Abramorama on Vimeo.