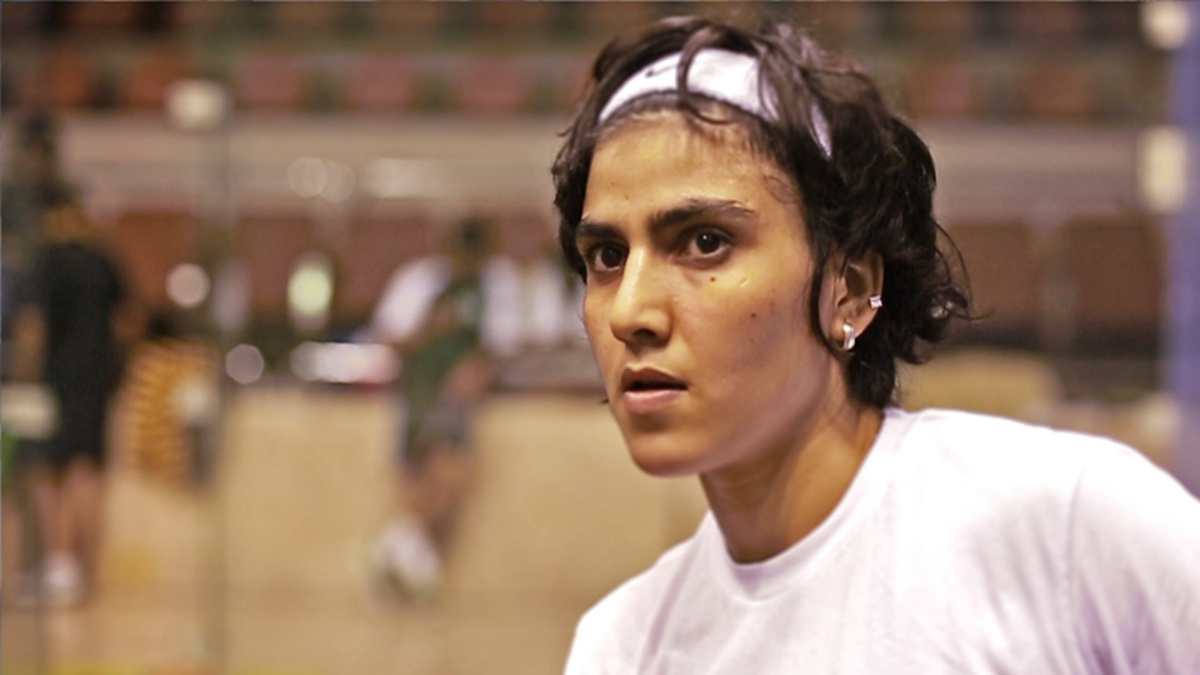 Maria Toorpakai is a top-ranking squash player from the tribal area of Waziristan, Pakistan, who defiantly refuses to be held down by oppressive gender norms.

In her home region, girls are forbidden to attend school, listen to music, or walk outside unescorted or uncovered. Yet not only did Maria become an international athlete, but her mother is the principal of a school for girls (which has been bombed three times), while her sister Ayesha is a member of the National Assembly, one of the youngest politicians in the country and the only female representative from Waziristan.

Girl Unbound provides fascinating insight not only into Maria’s story, but also that of a remarkable family, buoyed by the equalitarian spirit of their fearless father.

BEYOND THE SCREEN
Join us after the film to explore women's empowerment in the world of sports and politics, as well as how to create gender-inclusive environments.

Girl Unbound: War to be Her - Trailer from Nausheen Dadabhoy on Vimeo.