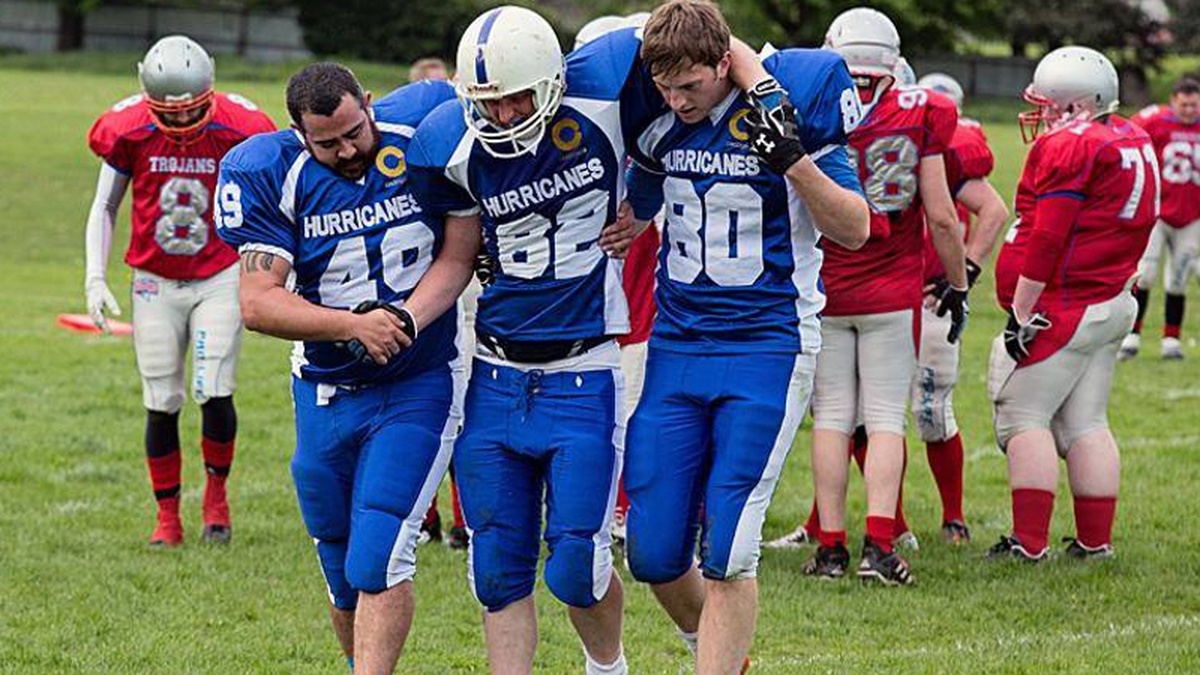 The Dundee Hurricanes haven’t won a game in two years, the film follows the culture clash between the American players and their Scottish counterparts as they strive for success. All the while trying to juggle work, family, injuries and the game.

Alex will present a Q+A after the screening, discussing how he made the feature and how that has now led to two BBC documentary commissions.

Alex Harron is a Scottish based documentary filmmaker, Bend Don’t break is first feature length film. His previous short films “Wrestling is like ballet with violence” and “Not Set Door Price” were screened on BBC 2 and BBC 3 respectively. His new film The Racer will be show on BBC Scotland in 2019 and has recently started filming his new documentary “The First Ever” about Kristen Fraser and her goal to become to win a world title in boxing for BBC Scotland.